A failover cluster in Fuse Fabric is based on an ordered list of WS endpoints that are registered under a particular node in the fabric registry. A client detects the failure of a master endpoint by catching the exception that occurs when it tries to make an invocation. When that happens, the client automatically moves to the next available endpoint in the cluster. 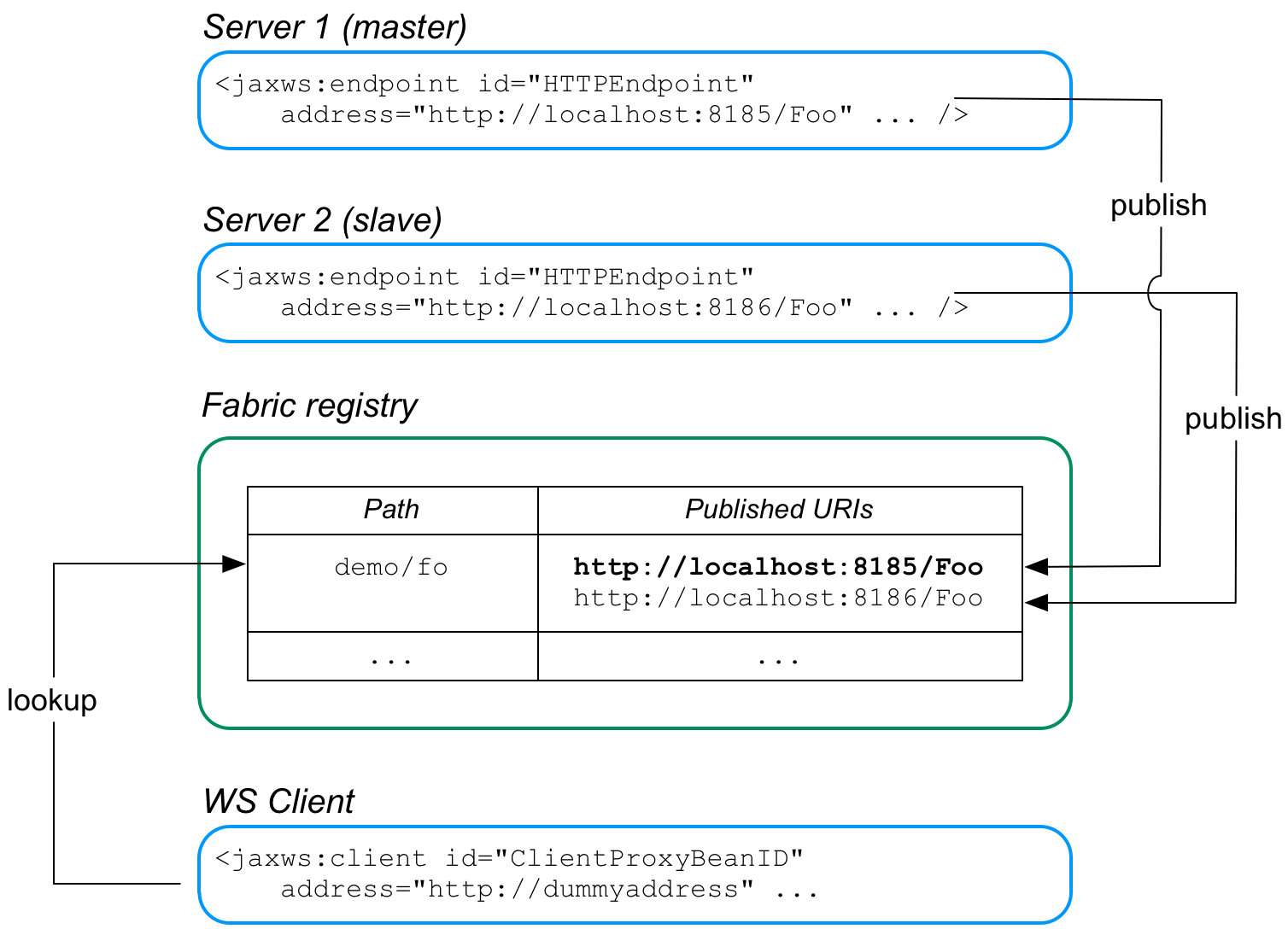 The fabric failover feature is implemented by the following class:
The FabricFailOverFeature class exposes the following bean properties:

fabricPath
This property specifies a node in the fabric registry (specified relative to the base node, /fabric/cxf/endpoints) that is used to store the data for a particular endpoint cluster.
curator
A proxy reference to the OSGi service (of type, org.apache.curator.framework.CuratorFramework) for the Apache Curator client, which is exposed by the fabric agent.
maximumConnectionTimeout
The maximum length of time to attempt to connect to the fabric agent, specified in milliseconds. The default is 10000 (10 seconds).
connectionRetryTime
How long to wait between connection attempts, specified in milliseconds. The default is 100.
exceptions
A semicolon-separated list of exceptions that signal to the client that a server has failed. If not set, this property defaults to java.io.IOException.
For example, you could set the exceptions property to a value like the following:

The configuration of WS servers and WS clients in the failover case is similar to the load balancing case (see Section 21.1.2, “Configure the Server” and Section 21.1.3, “Configure the Client”), except that instead of instantiating and referencing a FabricLoadBalancerFeature bean, you must instantiate and reference a FabricFailOverFeature bean.
In blueprint XML you can create a FabricFailOverFeature bean instance as follows:
Remember to customise the value of the fabricPath property and to reference the appropriate bean ID (failoverFeature in the preceding example).