Realm level roles are a global namespace to define your roles. You can see the list of built-in and created roles by clicking on the Roles left menu item. 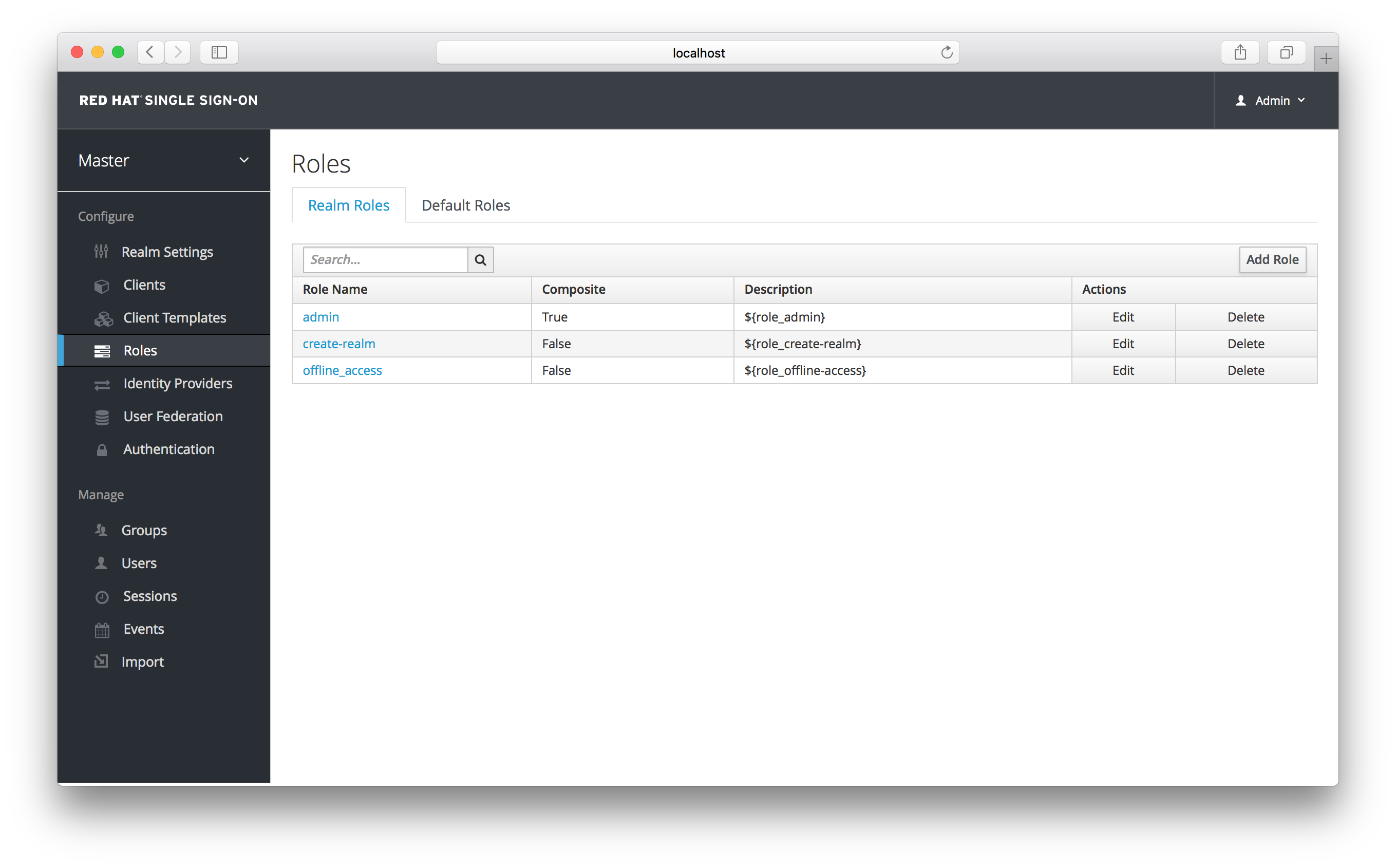 To create a role just click on the Add Role button on this page, enter in the name and description of the role and hit the Save button. 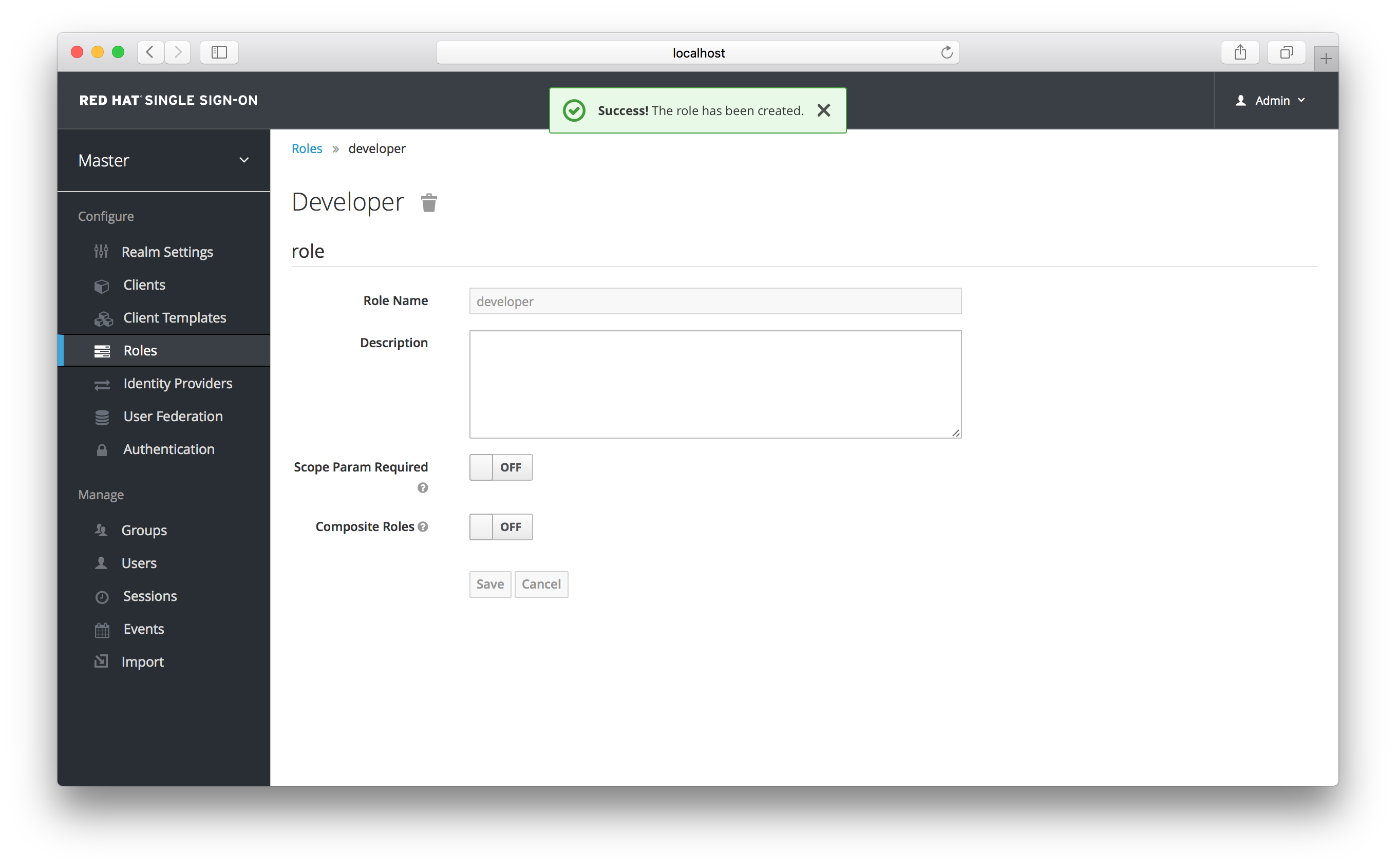 The value for the description field is localizable by specifying a substitution variable with ${var-name} strings. The localized value is then configured within property files in your theme. See the Server Developer Guide for more information on localization. If a client requires user consent, this description string will be displayed on the consent page for the user.

Client roles are basically a namespace dedicated to a client. Each client gets its own namespace. Client roles are managed under the Roles tab under each individual client. You interact with this UI the same way you do for realm level roles. 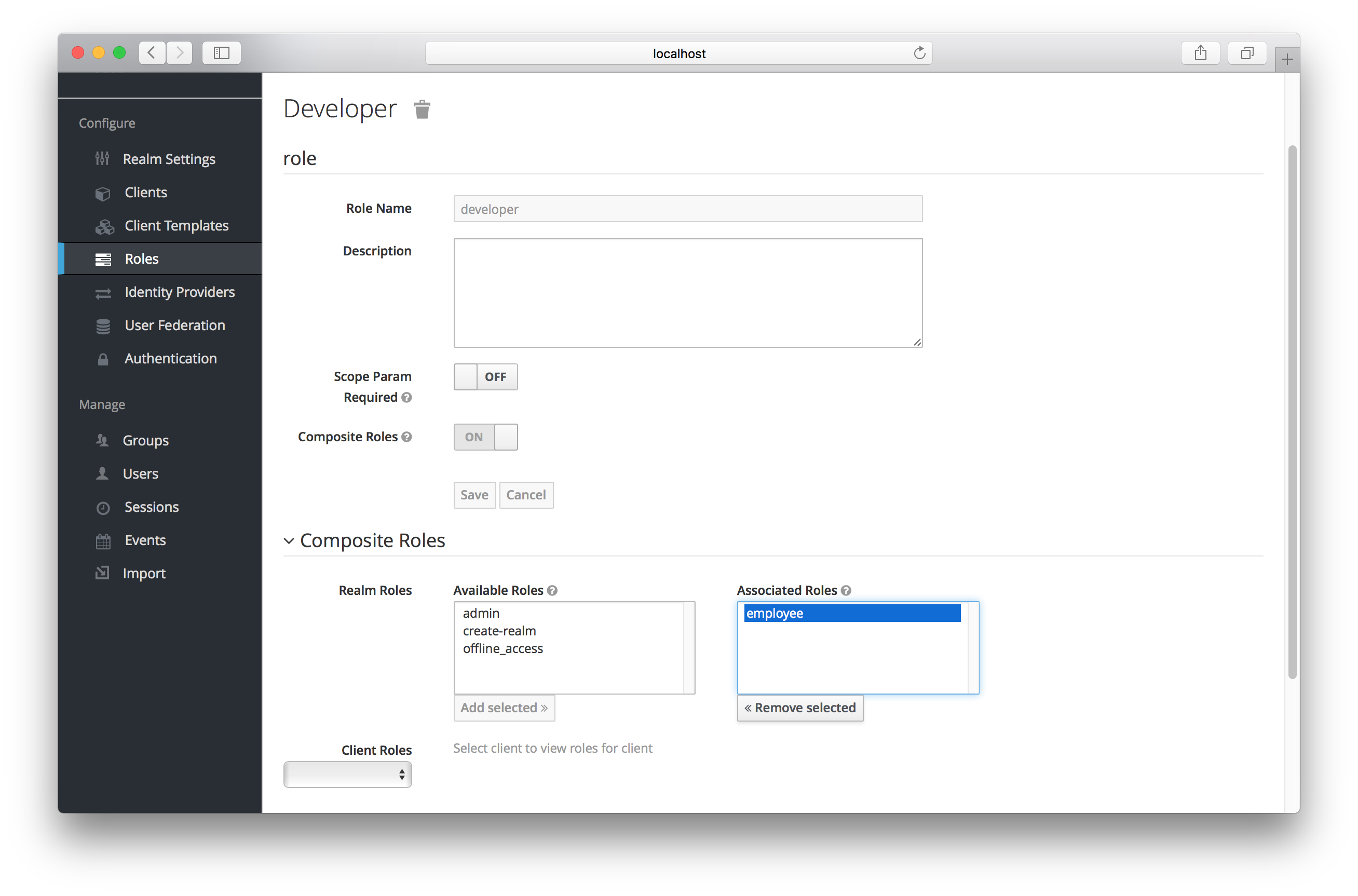 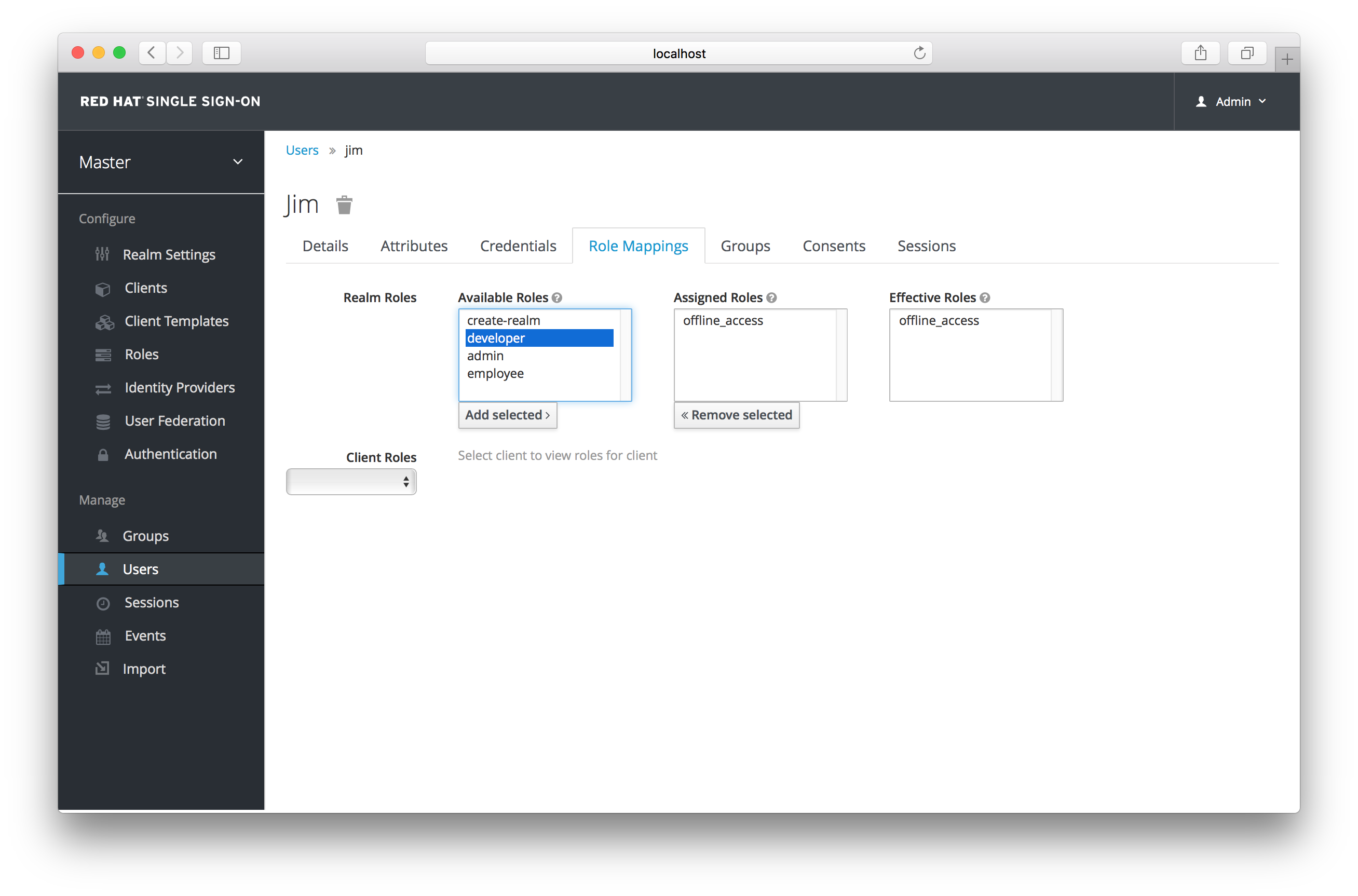 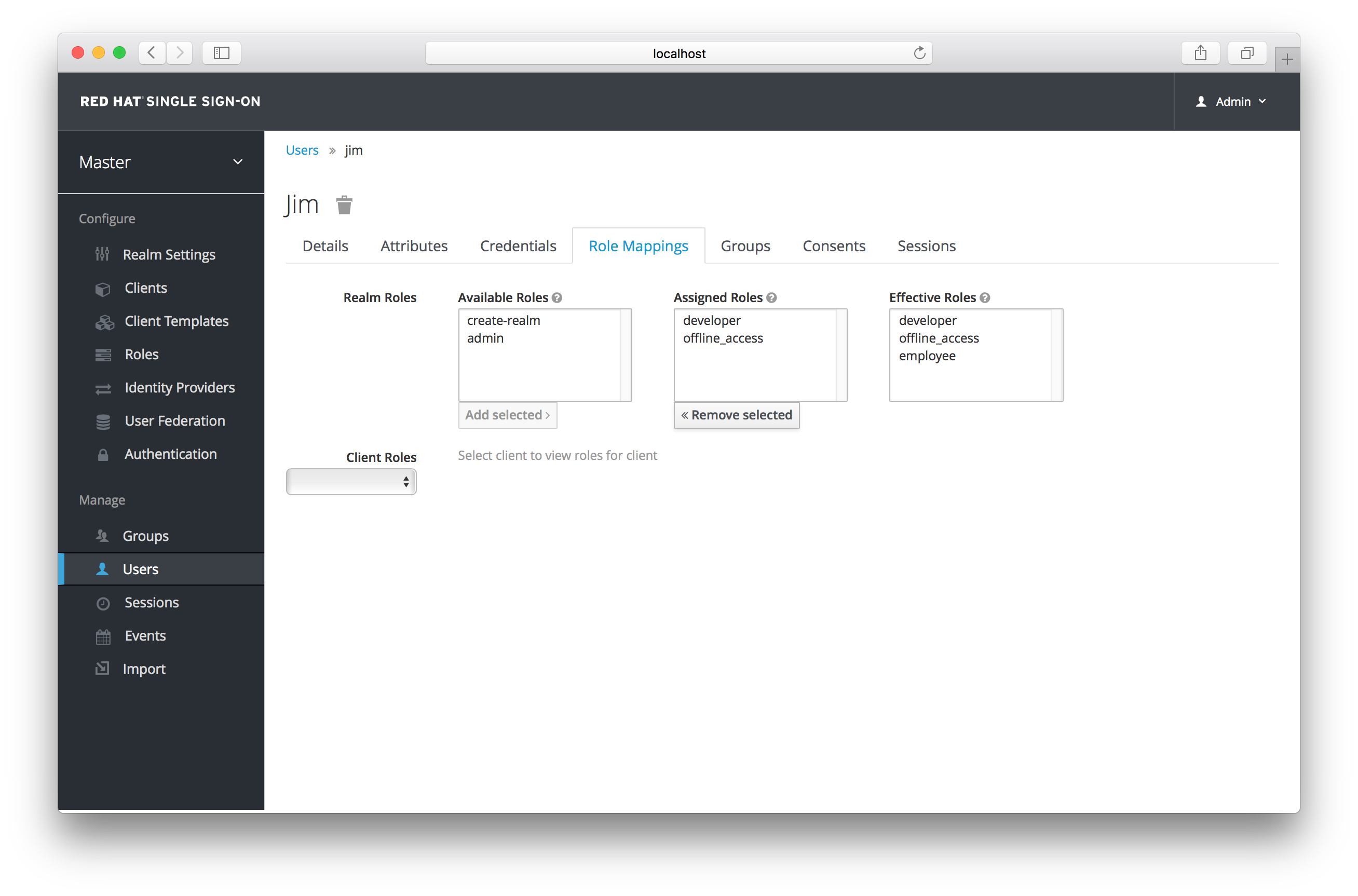 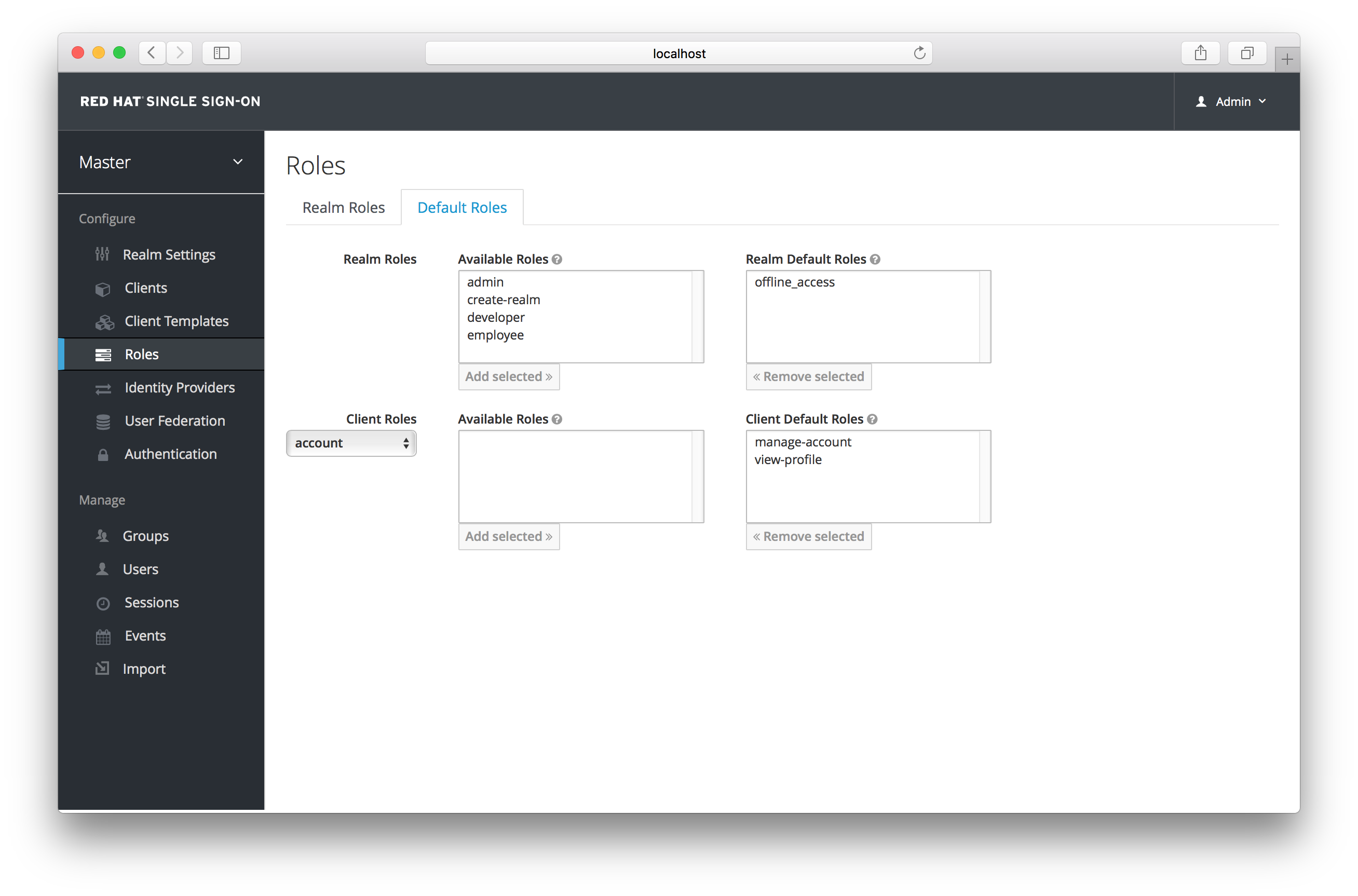 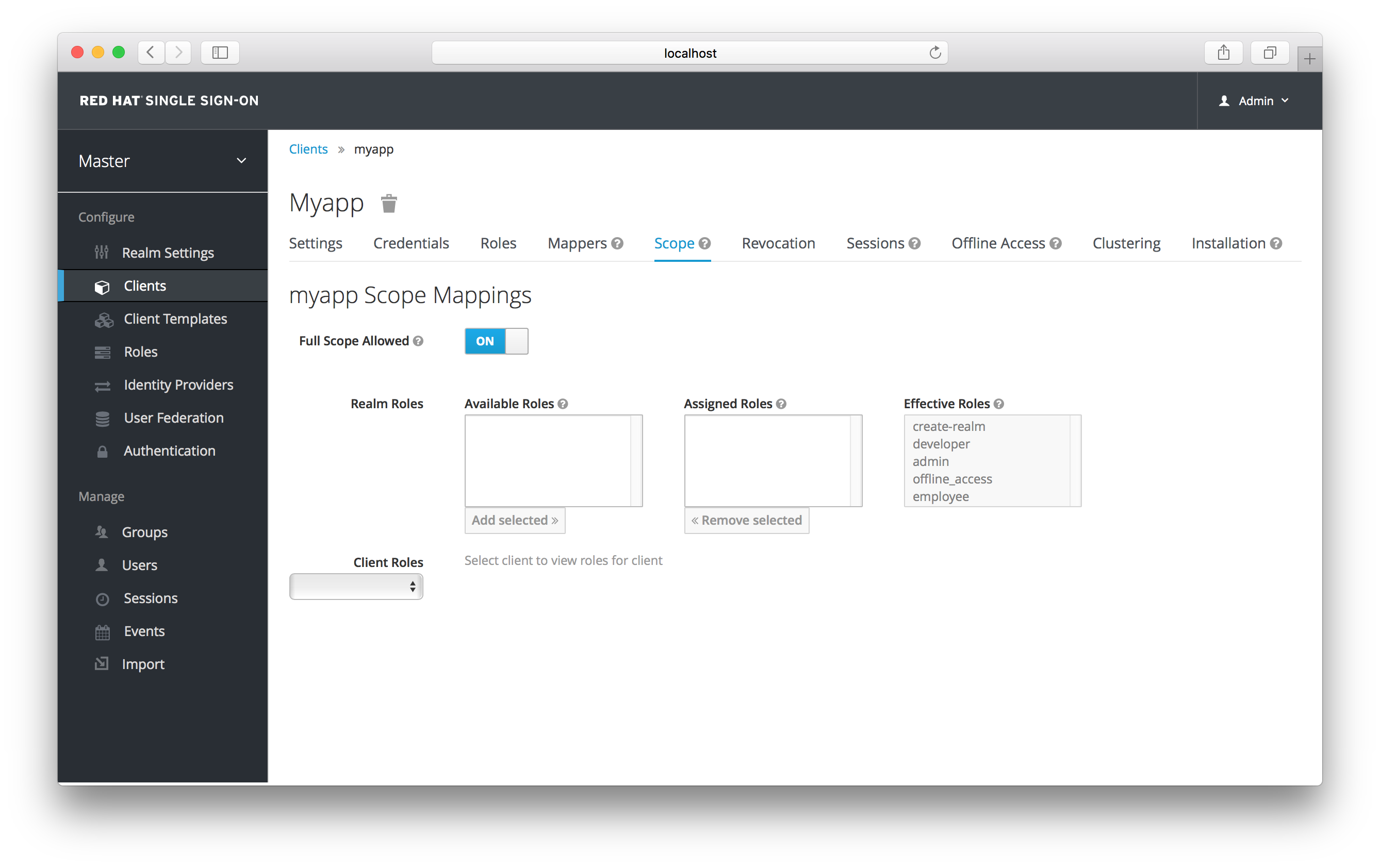 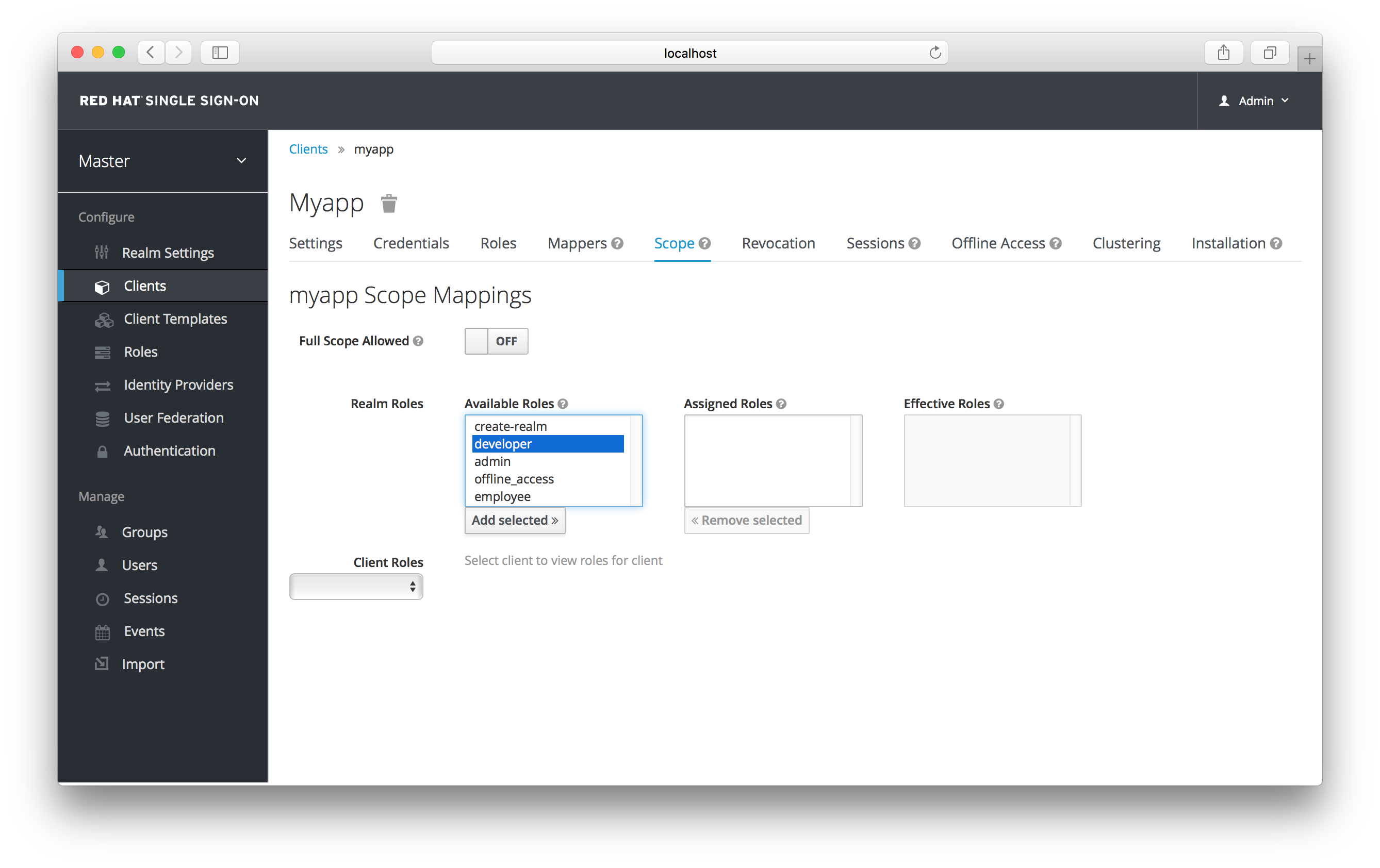