Secure Boot is a UEFI firmware security feature developed by the UEFI Consortium that ensures only immutable and signed software are loaded during the boot time. Secure Boot leverages digital signatures to validate the authenticity, source, and integrity of the code that is loaded. These validation steps are taken to prevent malicious code from being loaded and to prevent attacks, such as the installation of certain types of rootkits. 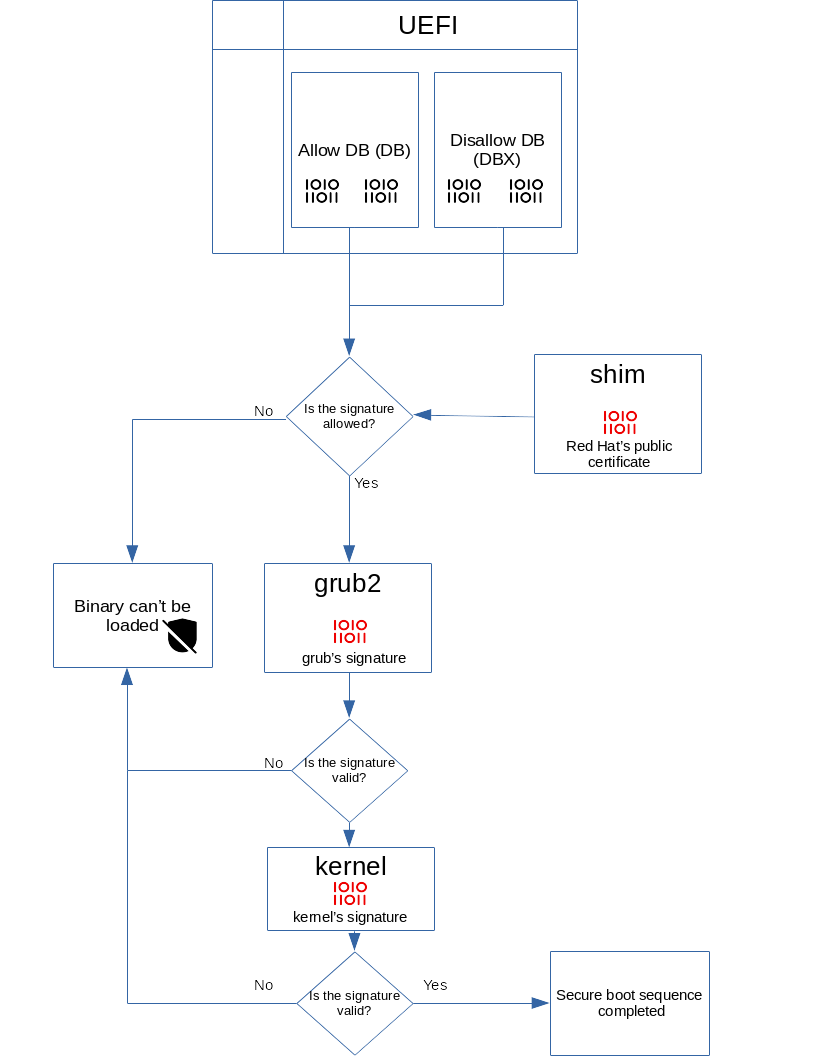 On Red Hat Enterprise Linux versions which support Secure Boot, the signed and trusted application is the shim package which is the first application loaded by the machine’s firmware. The shim package itself holds Red Hat’s certificate and its own databases of trusted keys and code hashes that are allowed to be loaded. This data is used to verify the boot loader signature, which is GRUB 2, making sure it has not been compromised or tampered by a malicious actor. Once the verification succeeds, GRUB is loaded and verifies the kernel signature and confirms that it matches with Red Hat’s certificate or any hash enrolled by the user itself into the Allow DB. If there is a match, GRUB will load the kernel, which finishes the boot load process.

This should probably mention that kernel modules are also expected to have a valid signature.

Are you sure you want to request a translation? We appreciate your interest in having Red Hat content localized to your language. Please note that excessive use of this feature could cause delays in getting specific content you are interested in translated.