This document is a BPMN2 reference guide for the Red Hat Process Automation Manager 7.5 legacy and new process designers.

This document provides an explanation of the BPMN2 elements in the Red Hat Process Automation Manager 7.5 legacy and new process designers. As a process manager, you can refer to this document for a detailed description of BPMN2 symbols and their uses when designing business or case management processes in Business Central. For more details about BPMN2, see the Business Process Model and Notation Version 2.0 specification.

Within these categories, events are differentiated as either catching an event trigger or throwing an event result. 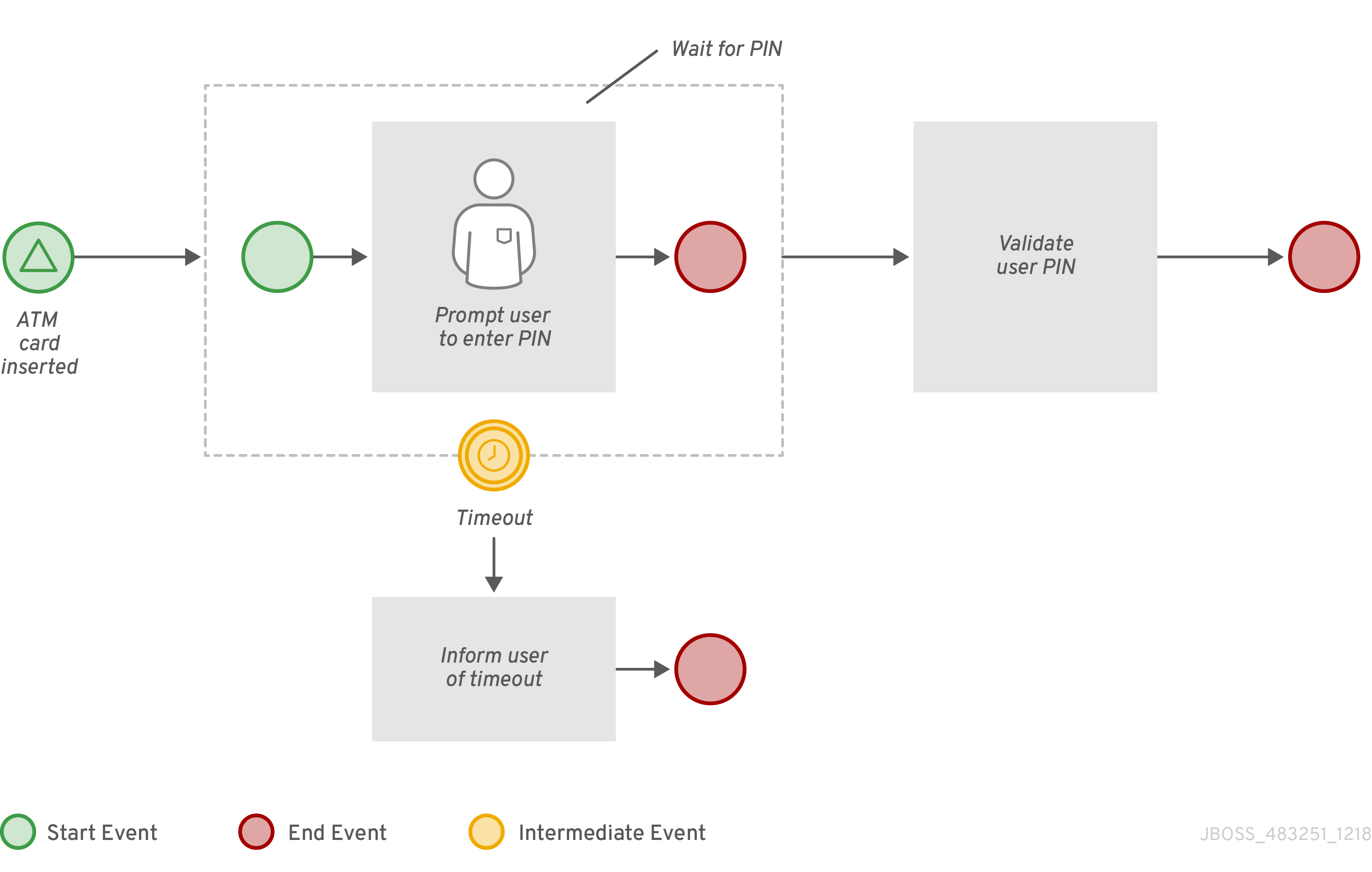 Service tasks are tasks that do not require human interaction. They are completed automatically,by an external software service.

Reusable subprocesses appear collapsed within the containing process, and the subprocesses elements are not visible until you click a plus sign at the lower edge of the rounded rectangle.