3.1. Multiple replica servers as a solution for high performance and disaster recovery

3.2. Introduction to IdM servers and clients

By default, the first CA server installed fulfills these two roles, but you can assign these roles to separate servers.

3.4. Determining the appropriate number of replicas

3.5. Connecting the replicas in a topology 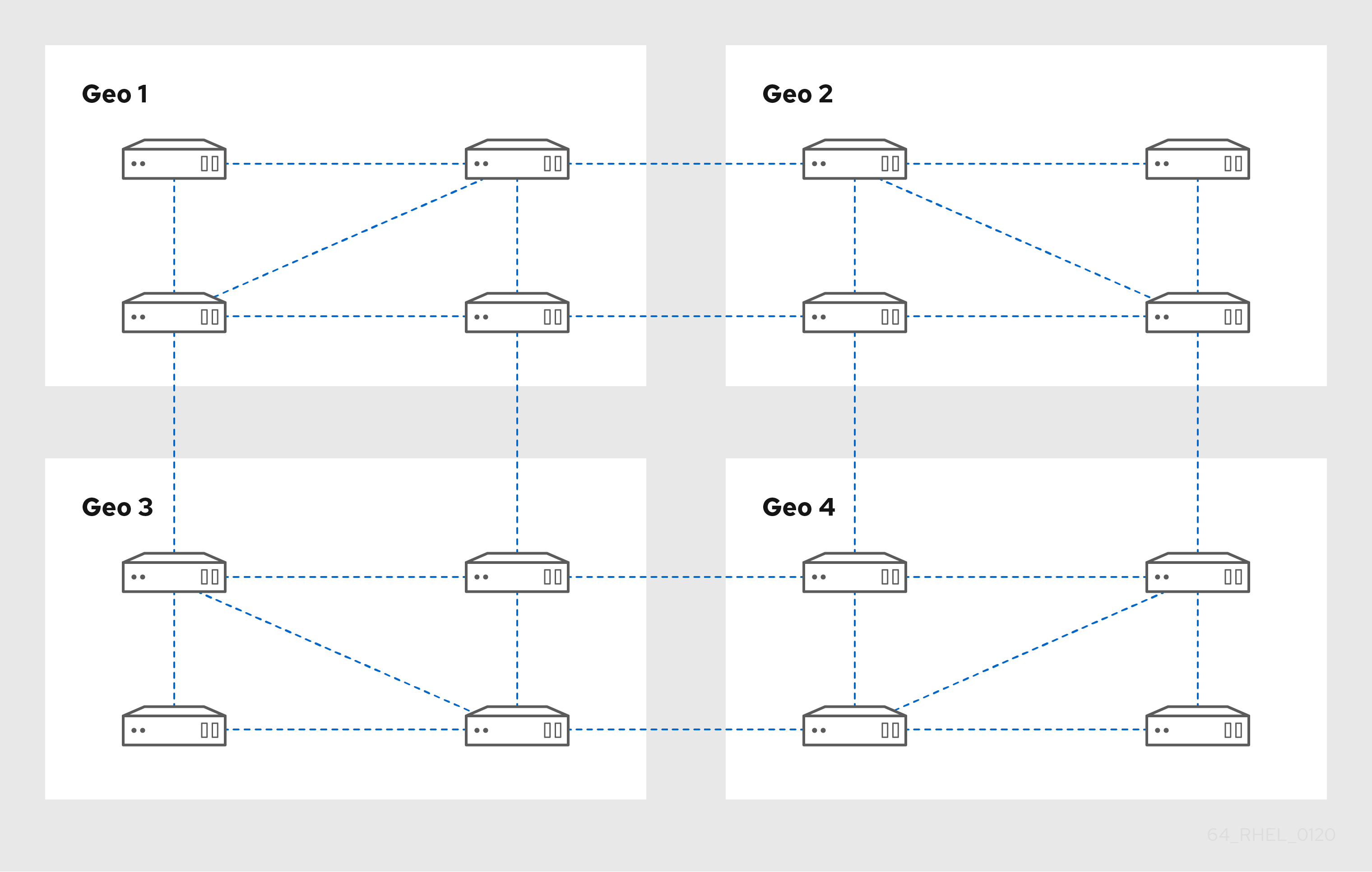 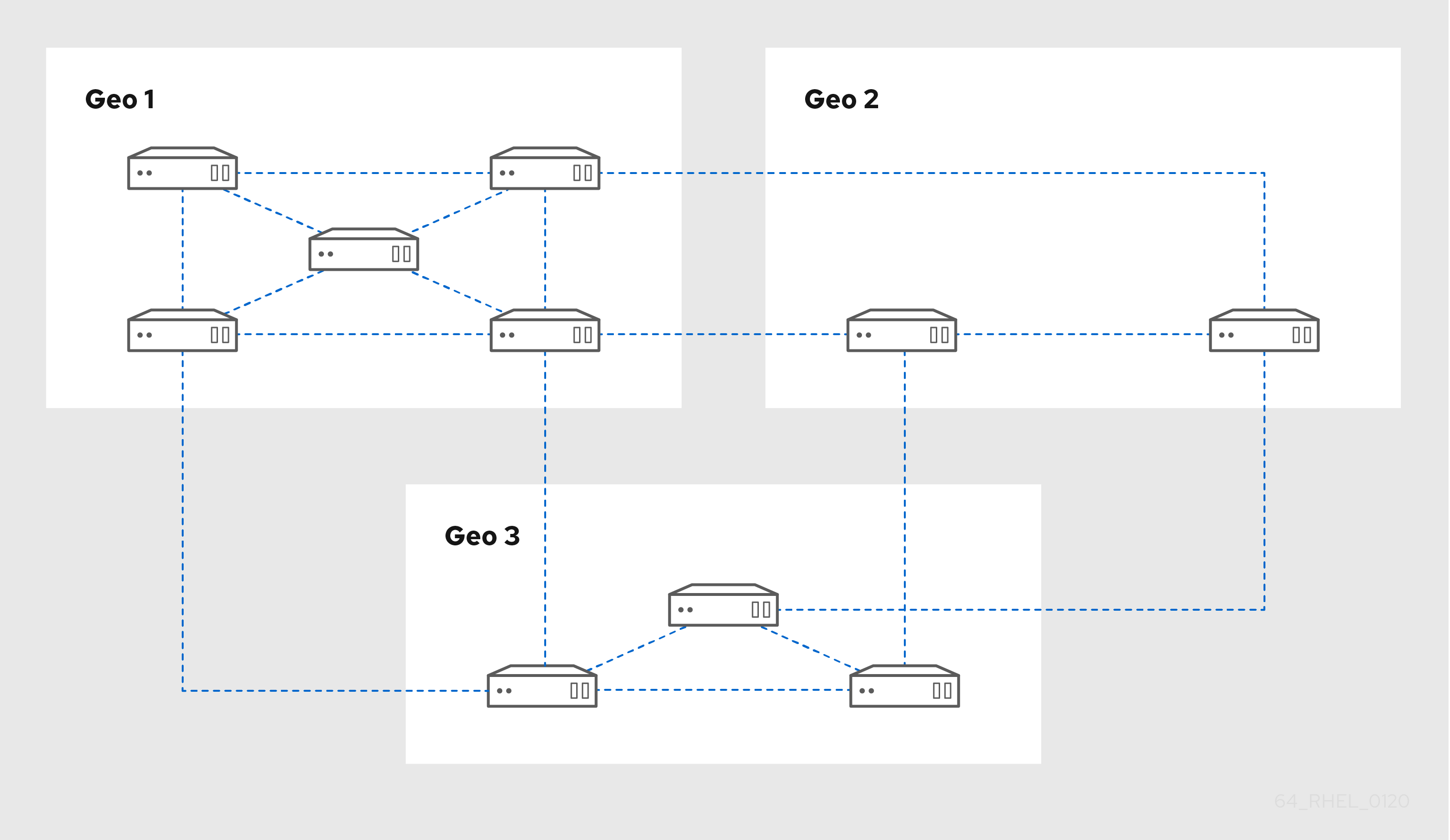 By default, when you set up a replica, the installation program automatically creates service (SRV) resource records in DNS. These records enable clients to auto-discover the replica and its services. A hidden replica is an IdM server that has all services running and available. However, it has no SRV records in DNS, and LDAP server roles are not enabled. Therefore, clients cannot use service discovery to detect these hidden replicas.

Hidden replicas are primarily designed for dedicated services that can otherwise disrupt clients. For example, a full backup of IdM requires to shut down all IdM services on the server. As no clients use a hidden replica, administrators can temporarily shut down the services on this host without affecting any clients.

You can also change the state of an existing replica. For details, see Demoting or promoting hidden replicas.