DM-Multipath can be used to provide:
Figure 1.1, “Active/Passive Multipath Configuration with One RAID Device” shows an active/passive configuration with two I/O paths from the server to a RAID device. There are 2 HBAs on the server, 2 SAN switches, and 2 RAID controllers. 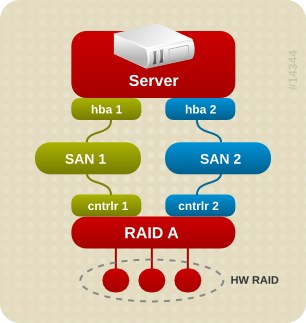 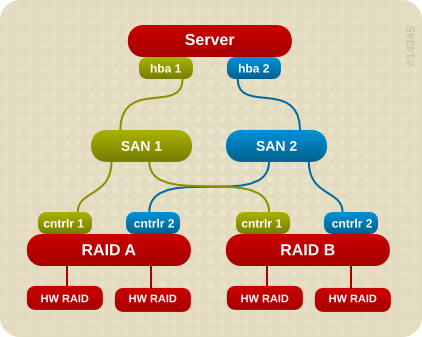 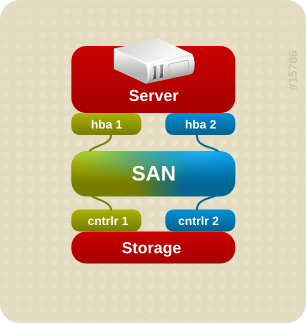