The high level approach of the platform migration process:

This document shows an opinionated reference environment showing a holistic migration approach which helps customers understand how they can retain their job run history and platform objects between the two clusters in a complex architecture. Based upon your existing architecture and requirements, the migration process may be further simplified. In many cases, the default Ansible Automation Platform installer values are sufficient. The migration process documented here applies to both simple and complex environments.

Customers migrating from Ansible Automation Platform 1.2 to version 2 may use the same manifest in both clusters/instances for upgrading as long as the managed node inventory is the same for both clusters/instances. The migration period may not exceed six months without an approved exception from the Ansible Business Unit by means of a formal BU Guidance request from the Red Hat Account Representative.

This section focuses on the architecture details of the two environments as they go through the side-by-side migration process.

The first environment, Environment A, consists of:

A pictorial representation of this environment is shown in: 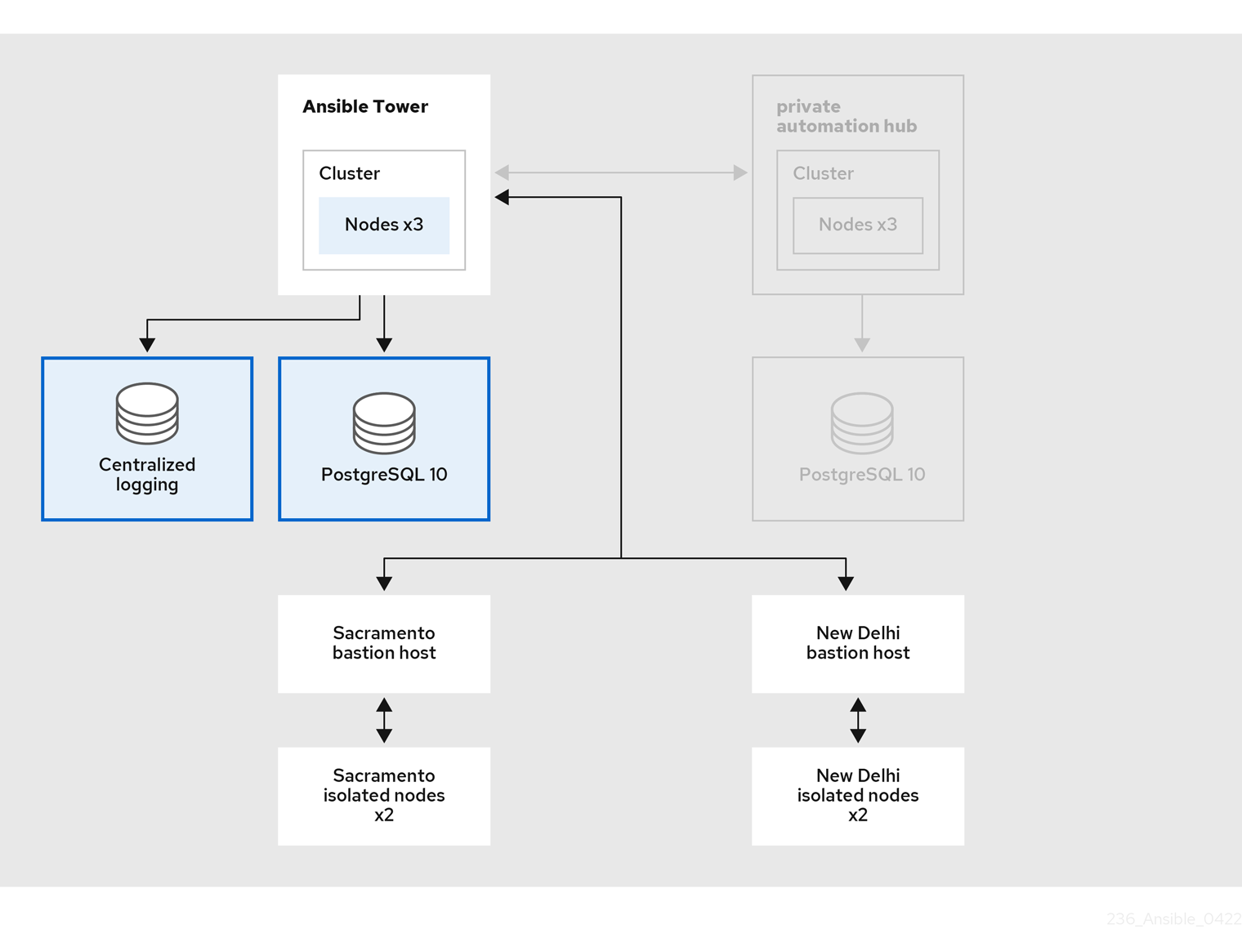 Initially, Environment B consists of:

A pictorial representation of the initial Environment B footprint is shown below:

The dublin-hop provides another route via the automation mesh that can be used to access the execution nodes that reside in New Delhi, India.

A world view of the expanded Ansible Automation Platform 2 Environment B is shown below:

Figure 1.3. World View of Environment B 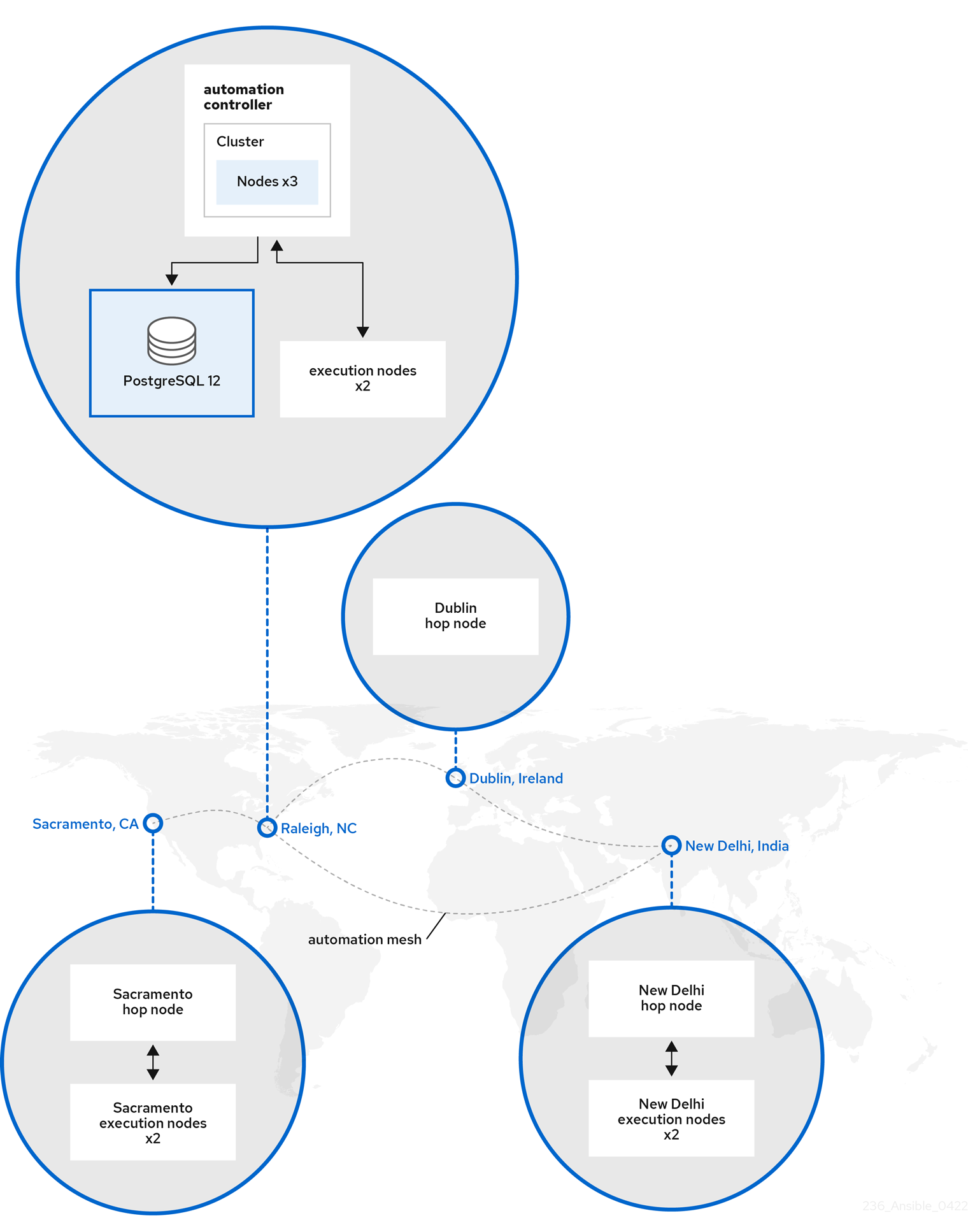 A detailed representation of the expanded Ansible Automation Platform 2 Environment B architectural footprint is shown below: 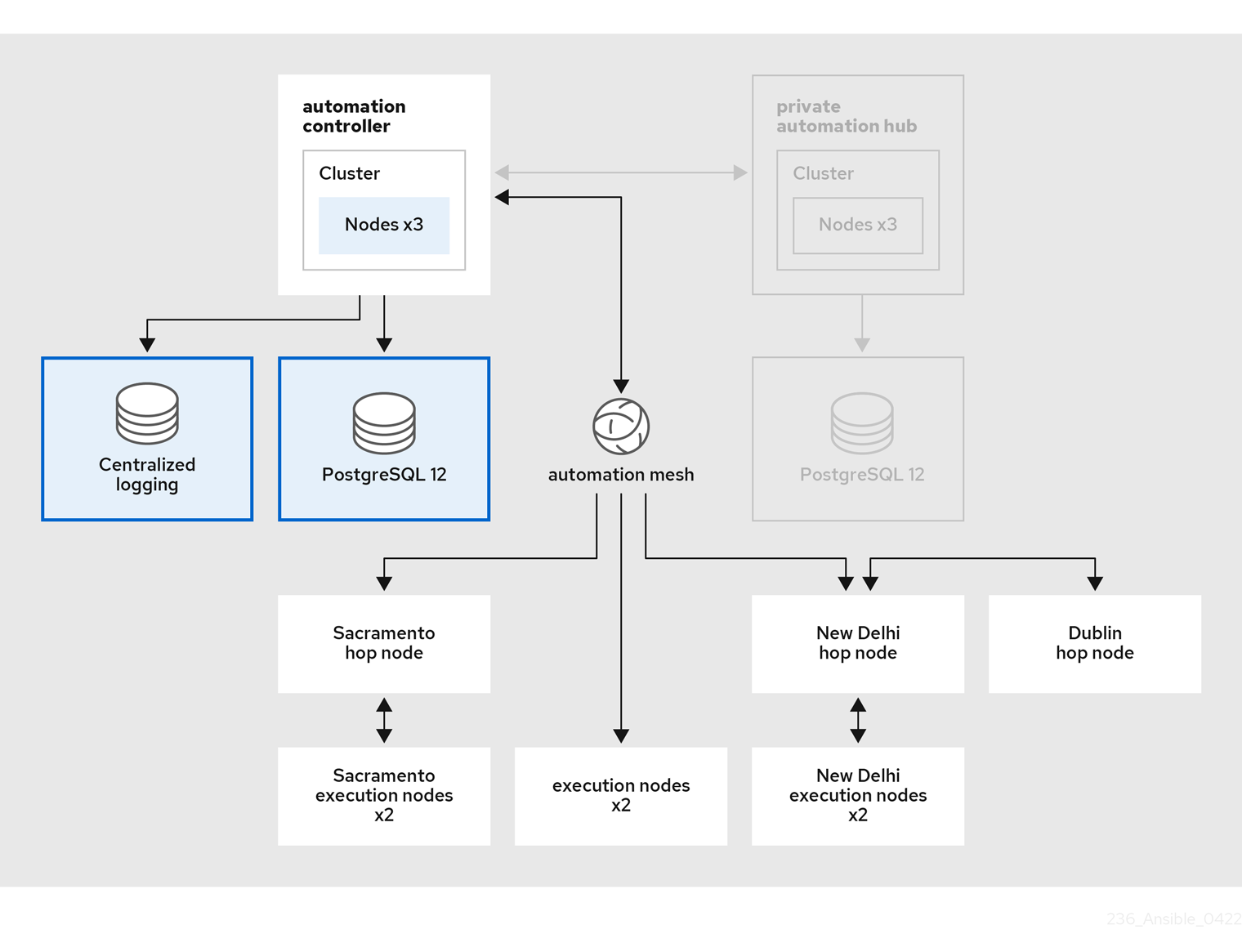 The process of disabling schedules from Job Templates is not covered within this reference architecture. It is important that once a successful migration is complete, to disable scheduling from any Job Templates from Environment A to ensure you do not have both Environment A and Environment B running the same jobs simultaneously.