OneView is HPE’s tool to manage and control many aspects of physical hardware. This includes firmware, BIOS settings, on-board RAID configuration and boot order. OneView supports both blade and rackmount servers. As mentioned previously, this reference architecture is running HPE OneView 3.1 and the OneView management appliance is running on a Red Hat Enterprise Linux 7.3 KVM server. KVM is a newly supported platform for the OneView management appliance with the release of HPE OneView 3.1.

The OneView Dashboard illustrates a highlevel status of all servers, storage, and network equipment registered with OneView. from the Dashboard, an administrator can drill down to find detailed information on alerts. 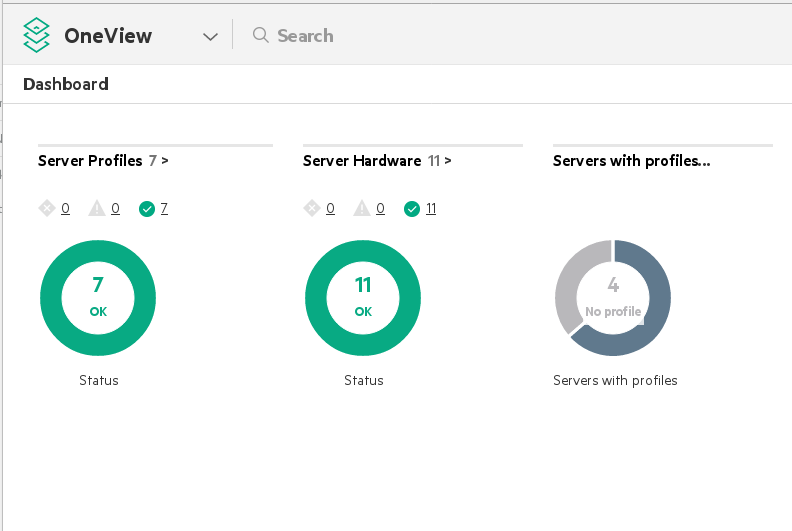 The servers view shows the servers that have been registered with OneView. Once a server is registered, OneView provides a management interface for the server and reports on the status and health of the server.

Server Profiles are used by OneView to configure a server. When a profile is applied to a server the configuration options specified in the server profile are applied to the server, this includes Firmware levels, BIOS options, boot order, and disk configuration.

HPE has created a collection of ansible modules to interact with a OneView server. They can be found on github here. There are module for various actions that can be performed via the OneView GUI.

In particular, this reference architecture leverages the modules for the following tasks: