All data centers are managed from the single Administration Portal. 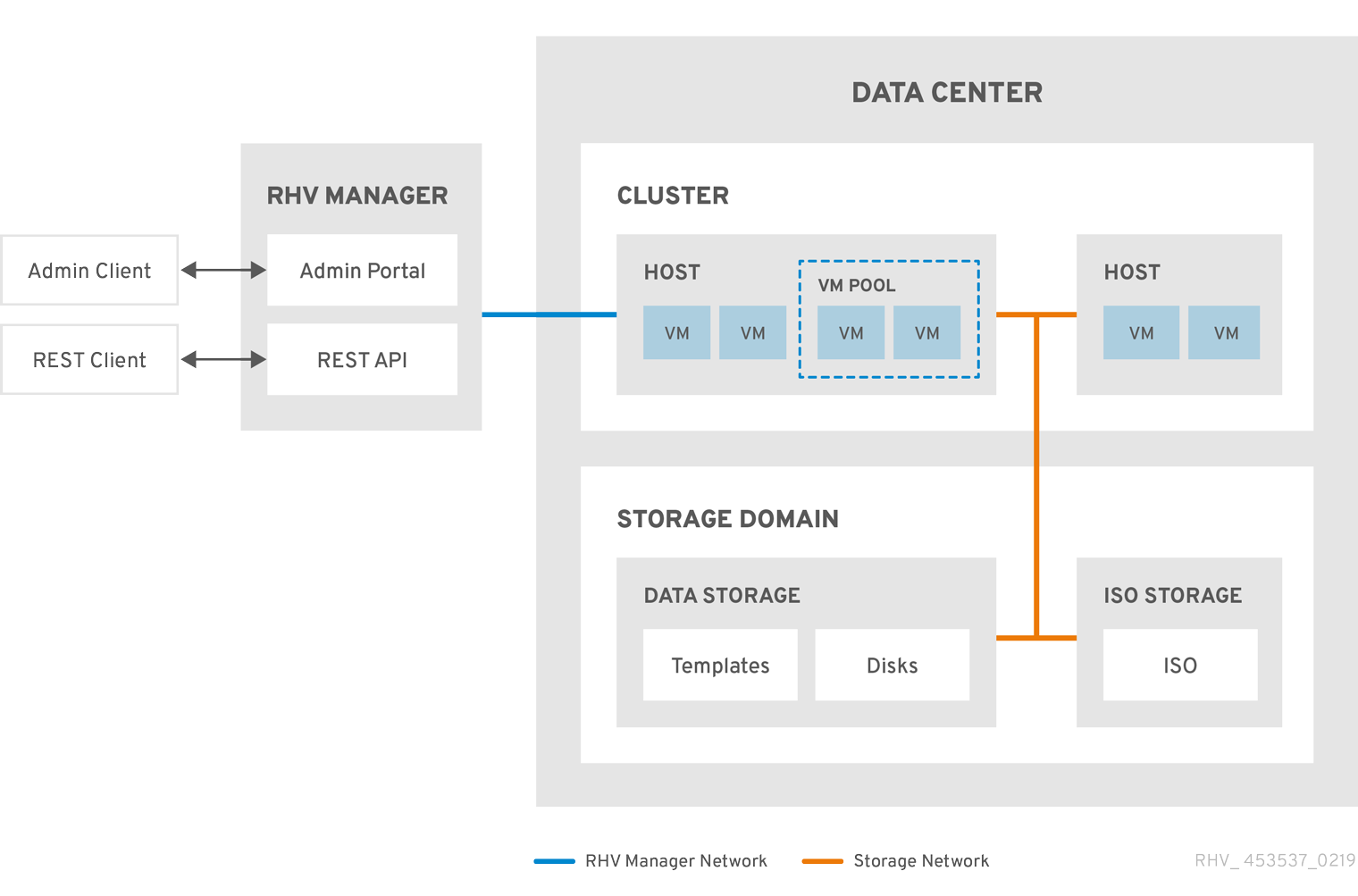 The SPM entity controls access to storage by coordinating the metadata across the storage domains. This includes creating, deleting, and manipulating virtual disks (images), snapshots, and templates, and allocating storage for sparse block devices (on SAN). This is an exclusive responsibility: only one host can be the SPM in the data center at one time to ensure metadata integrity.

The Red Hat Virtualization Manager ensures that the SPM is always available. The Manager moves the SPM role to a different host if the SPM host encounters problems accessing the storage. When the SPM starts, it ensures that it is the only host granted the role; therefore it will acquire a storage-centric lease. This process can take some time.

You can change a host’s SPM priority in the SPM tab in the Edit Host window.