The host that can make changes to the structure of the data domain is known as the Storage Pool Manager (SPM). The SPM coordinates all metadata changes in the data center, such as creating and deleting disk images, creating and merging snapshots, copying images between storage domains, creating templates and storage allocation for block devices. There is one SPM for every data center. All other hosts can only read storage domain structural metadata.

The Manager moves the SPM role to another host if: 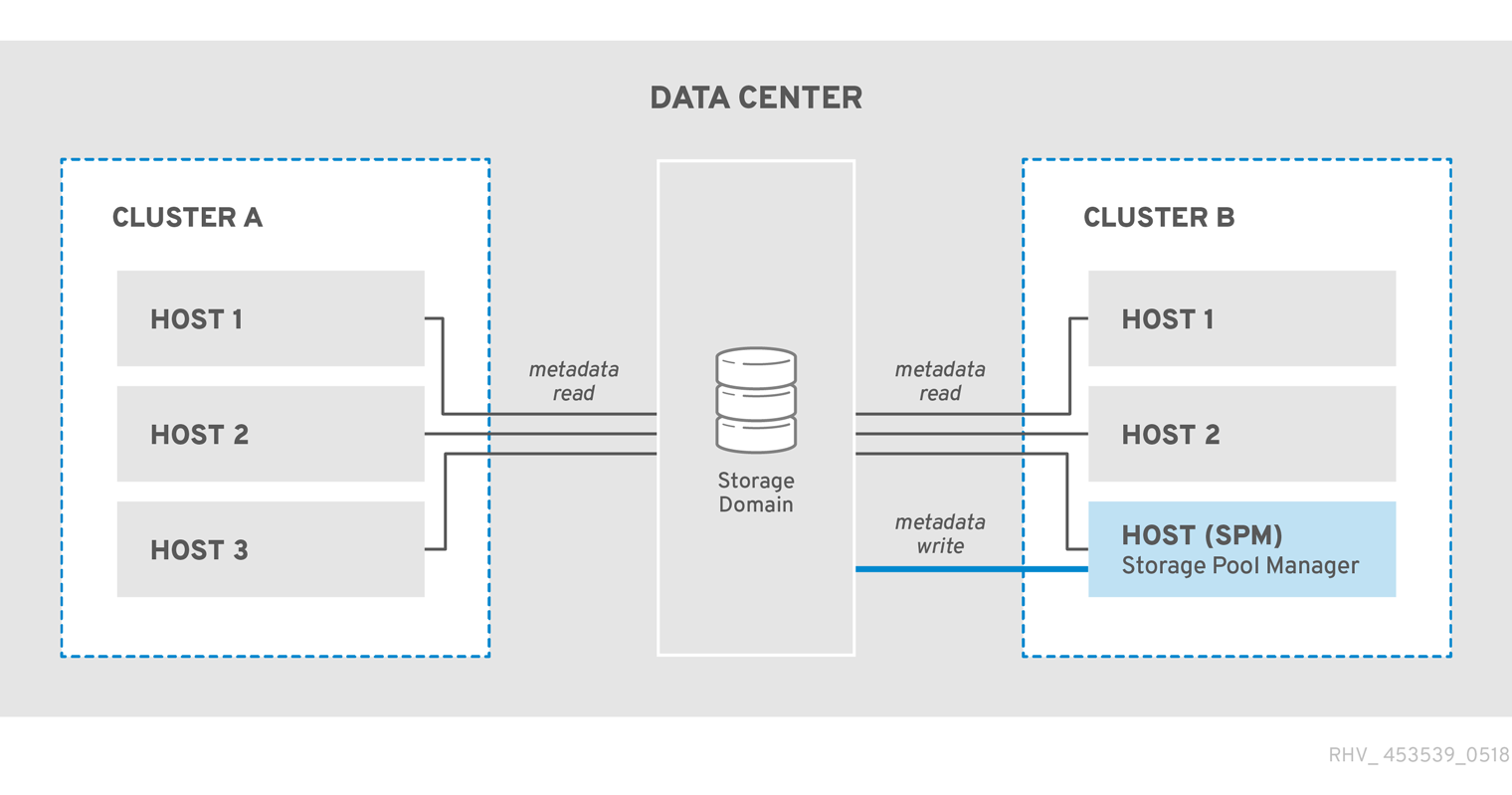