A Red Hat Virtualization environment has one or more hosts attached to it. A host is a server that provides the physical hardware that virtual machines make use of.

Both methods of host installation result in hosts that interact with the rest of the virtualized environment in the same way, and so, will both referred to as hosts. 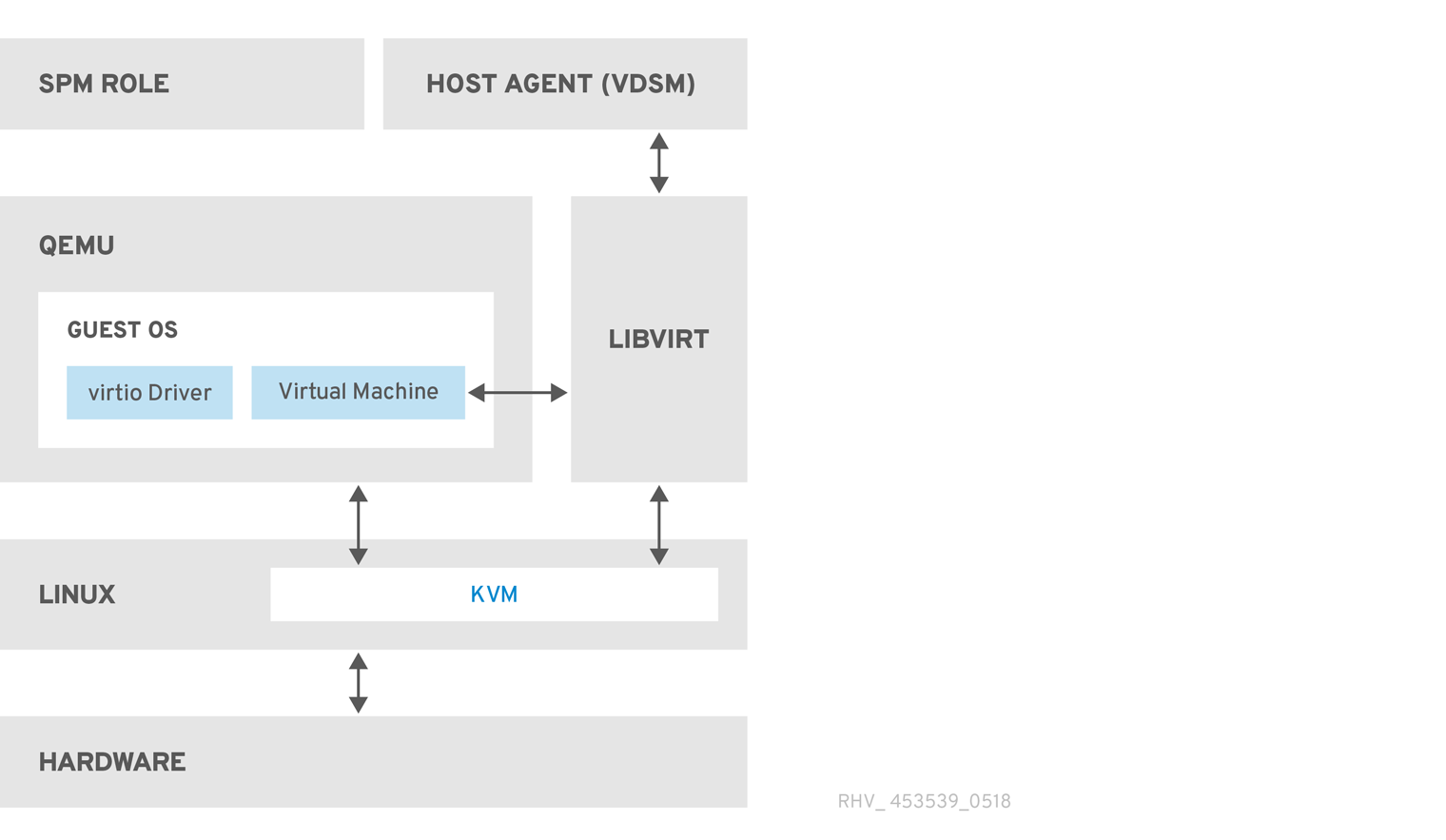 Kernel-based Virtual Machine (KVM)
The Kernel-based Virtual Machine (KVM) is a loadable kernel module that provides full virtualization through the use of the Intel VT or AMD-V hardware extensions. Though KVM itself runs in kernel space, the guests running upon it run as individual QEMU processes in user space. KVM allows a host to make its physical hardware available to virtual machines.
QEMU
QEMU is a multi-platform emulator used to provide full system emulation. QEMU emulates a full system, for example a PC, including one or more processors, and peripherals. QEMU can be used to launch different operating systems or to debug system code. QEMU, working in conjunction with KVM and a processor with appropriate virtualization extensions, provides full hardware assisted virtualization.
Red Hat Virtualization Manager Host Agent, VDSM
In Red Hat Virtualization, VDSM initiates actions on virtual machines and storage. It also facilitates inter-host communication. VDSM monitors host resources such as memory, storage, and networking. Additionally, VDSM manages tasks such as virtual machine creation, statistics accumulation, and log collection. A VDSM instance runs on each host and receives management commands from the Red Hat Virtualization Manager using the re-configurable port 54321.

Red Hat Virtualization Manager ensures that the SPM is always available. In case of storage connectivity errors, the Manager re-assigns the SPM role to another host.