In Red Hat Virtualization the initial snapshot for a virtual machine is different from subsequent snapshots in that the initial snapshot retains its format, either QCOW2 or RAW. The first snapshot for a virtual machine designates existing volumes as a base image. Additional snapshots are additional COW layers tracking the changes made to the data stored in the image since the previous snapshot.
In Red Hat Virtualization, a guest virtual machine usually interacts with a RAW disk image unless the image is created as a thinly provisioned image or the user specifically asked for it to be QCOW2. As depicted in Figure 8.1, “Initial Snapshot Creation”, the creation of a snapshot causes the volumes that comprise a virtual disk image to serve as the base image for all subsequent snapshots. 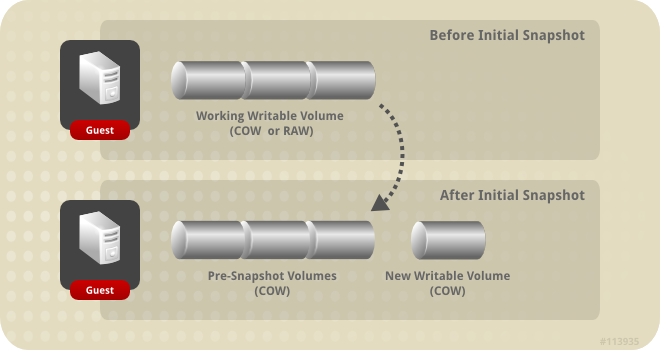 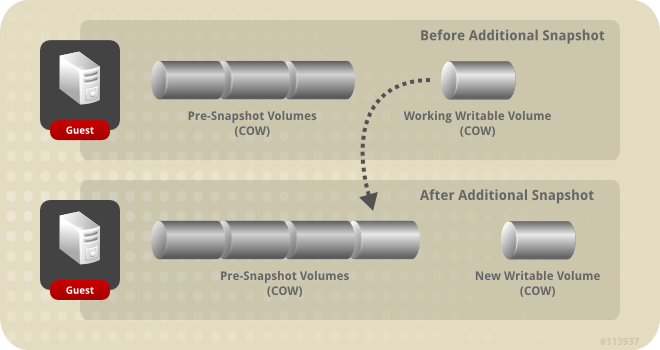