Figure 3.6, “Multiple Bridge, Multiple VLAN, and NIC configuration” depicts a configuration that connects a single NIC to two VLANs. This presumes that the network switch has been configured to pass network traffic that has been tagged into one of the two VLANs to one NIC on the host. The host uses two VNICs to separate VLAN traffic, one for each VLAN. Traffic tagged into either VLAN then connects to a separate bridge by having the appropriate VNIC as a bridge member. Each bridge is in turn connected to by multiple virtual machines. 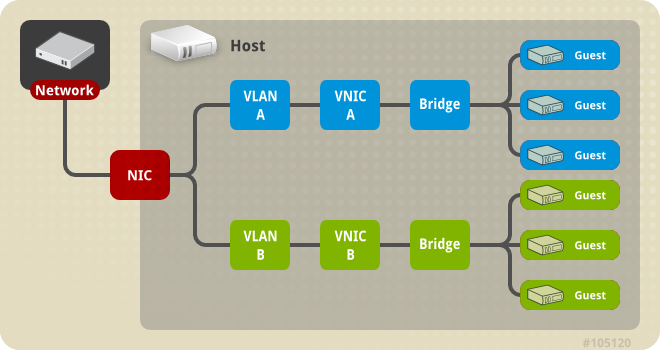