For hardware requirements, see Hypervisor Requirements in the Installation Guide.

It is important to synchronize the system clocks of the hosts, Manager, and other servers in the environment to avoid potential timing or authentication issues. To do this, configure the Network Time Protocol (NTP) on each system to synchronize with the same NTP server.
The following diagram illustrates the self-hosted engine deployment workflow: 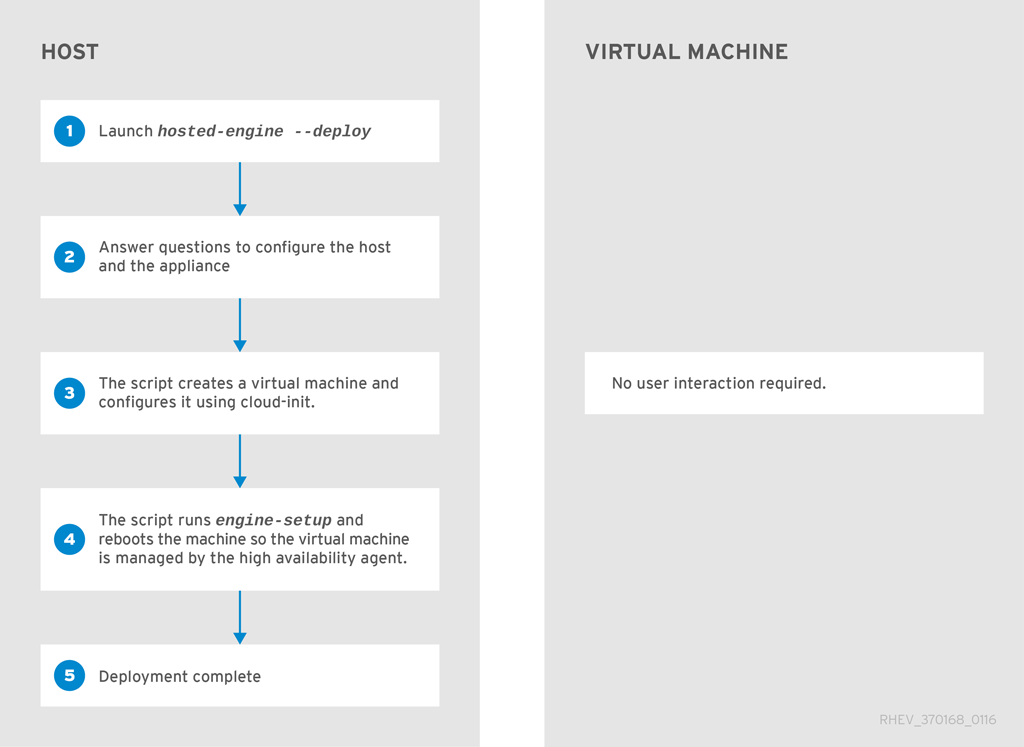