Permissions enable users to perform actions on objects, where objects are either individual objects or container objects. 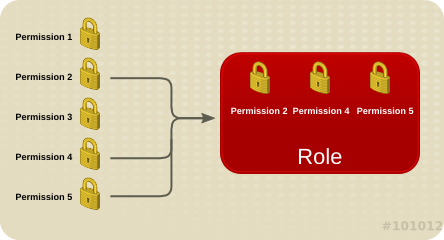 Any permissions that apply to a container object also apply to all members of that container. The following diagram depicts the hierarchy of objects in the system. 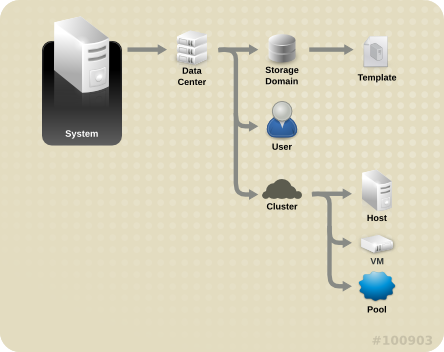 Red Hat Virtualization provides a range of pre-configured roles, from an administrator with system-wide permissions to an end user with access to a single virtual machine. While you cannot change or remove the default roles, you can clone and customize them, or create new roles according to your requirements. There are two types of roles:
For example, if you have an administrator role on a cluster, you can manage all virtual machines in the cluster using the Administration Portal. However, you cannot access any of these virtual machines in the User Portal; this requires a user role.

The table below describes basic user roles which confer permissions to access and configure virtual machines in the User Portal.

The table below describes advanced user roles which allow you to do more fine tuning of permissions for resources in the User Portal.

The table below describes basic administrator roles which confer permissions to access and configure resources in the Administration Portal.