The value for the description field is localizable by specifying a substitution variable with ${var-name} strings. The localized value is then configured within property files in your theme. See the Server Developer Guide for more information on localization. 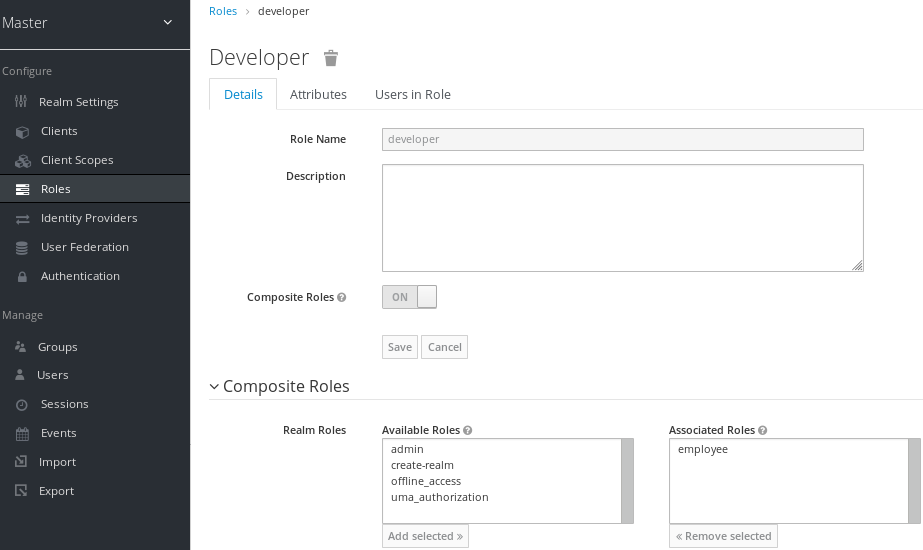 When an OIDC access token or SAML assertion is created, all the user role mappings of the user are, by default, added as claims within the token or assertion. Applications use this information to make access decisions on the resources controlled by that application. In Red Hat Single Sign-On, access tokens are digitally signed and can actually be re-used by the application to invoke on other remotely secured REST services. This means that if an application gets compromised or there is a rogue client registered with the realm, attackers can get access tokens that have a broad range of permissions and your whole network is compromised. This is where role scope mappings becomes important.

Role Scope Mappings is a way to limit the roles that get declared inside an access token. When a client requests that a user be authenticated, the access token they receive back will only contain the role mappings you’ve explicitly specified for the client’s scope. This allows you to limit the permissions each individual access token has rather than giving the client access to all of the user’s permissions. By default, each client gets all the role mappings of the user. You can view this in the Scope tab of each client.

You can see from the picture that the effective roles of the scope are every declared role in the realm. To change this default behavior, you must explicitly turn off the Full Scope Allowed switch and declare the specific roles you want in each individual client. Alternatively, you can also use client scopes to define the same role scope mappings for a whole set of clients. 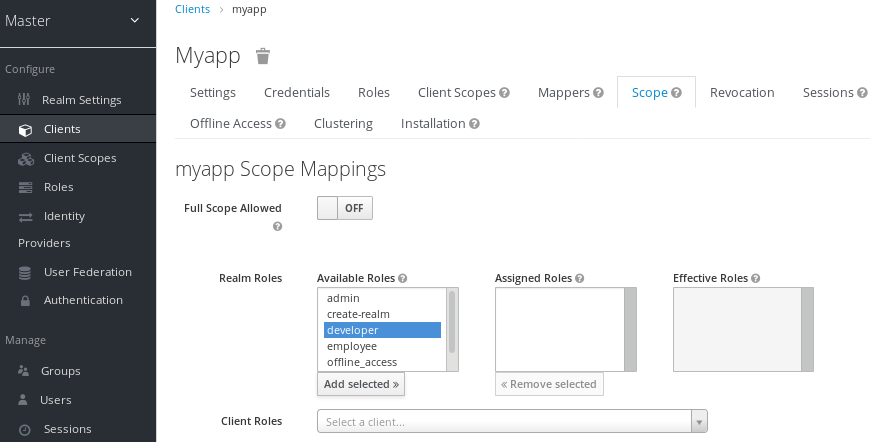