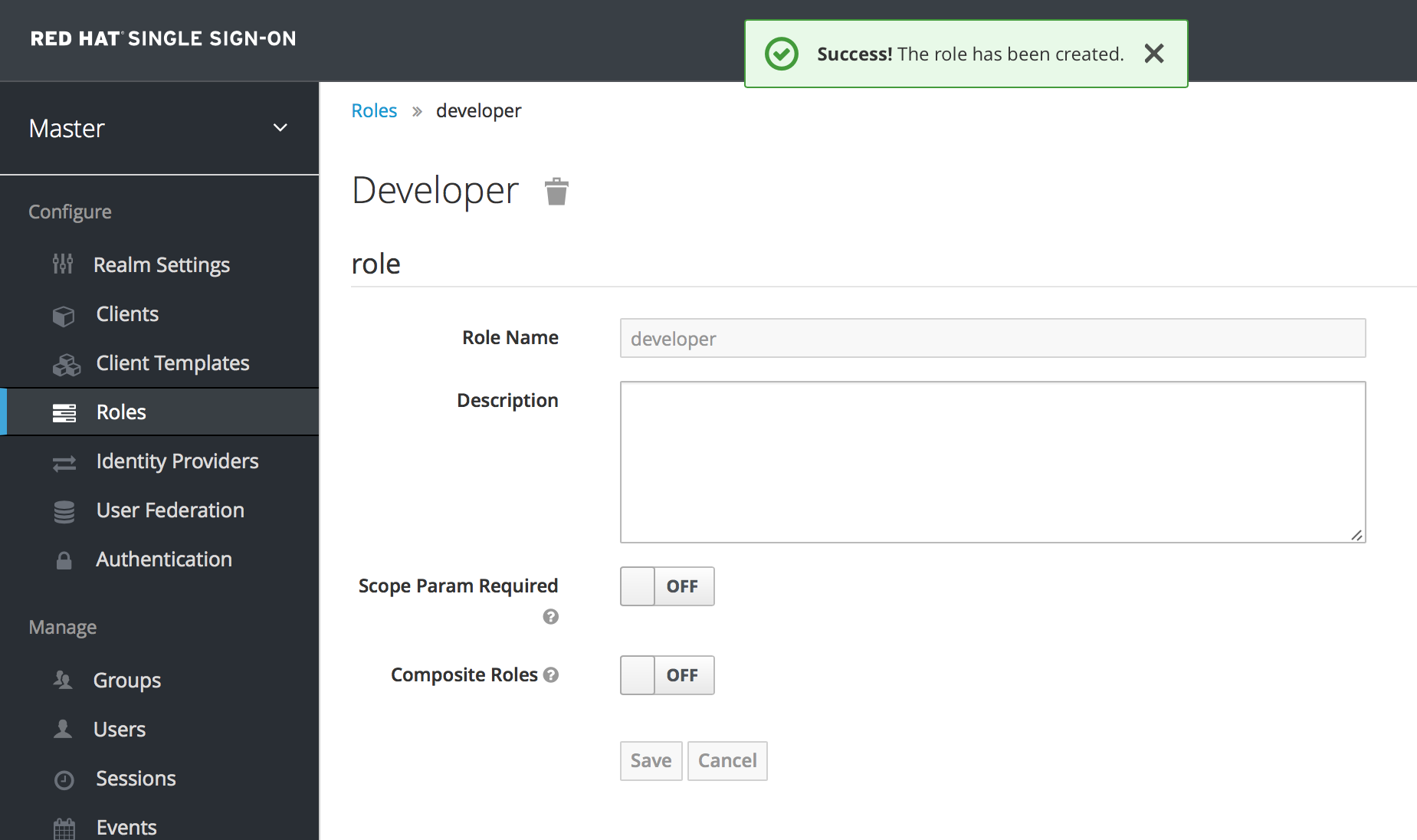 The value for the description field is localizable by specifying a substitution variable with ${var-name} strings. The localized value is then configured within property files in your theme. See the Server Developer Guide for more information on localization. If a client requires user consent, this description string is displayed on the consent page for the user.

If the client has to explicitly request for a realm role, set Scope Param Required to true. The role then has to be specified using the scope parameter when requesting a token. Multiple realm roles are separated by space:

As noted in the realm roles section, multiple roles are separated by spaces. 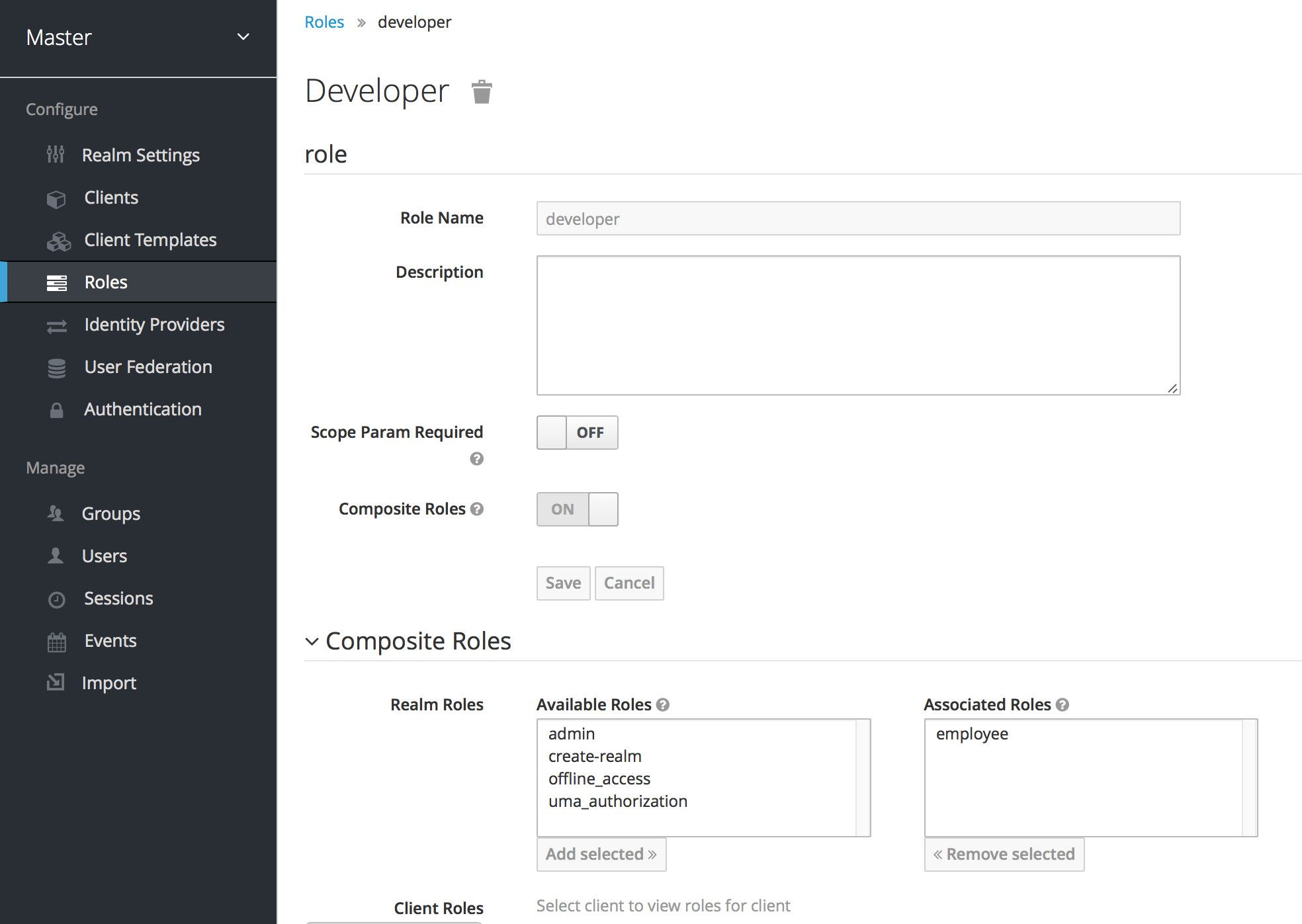 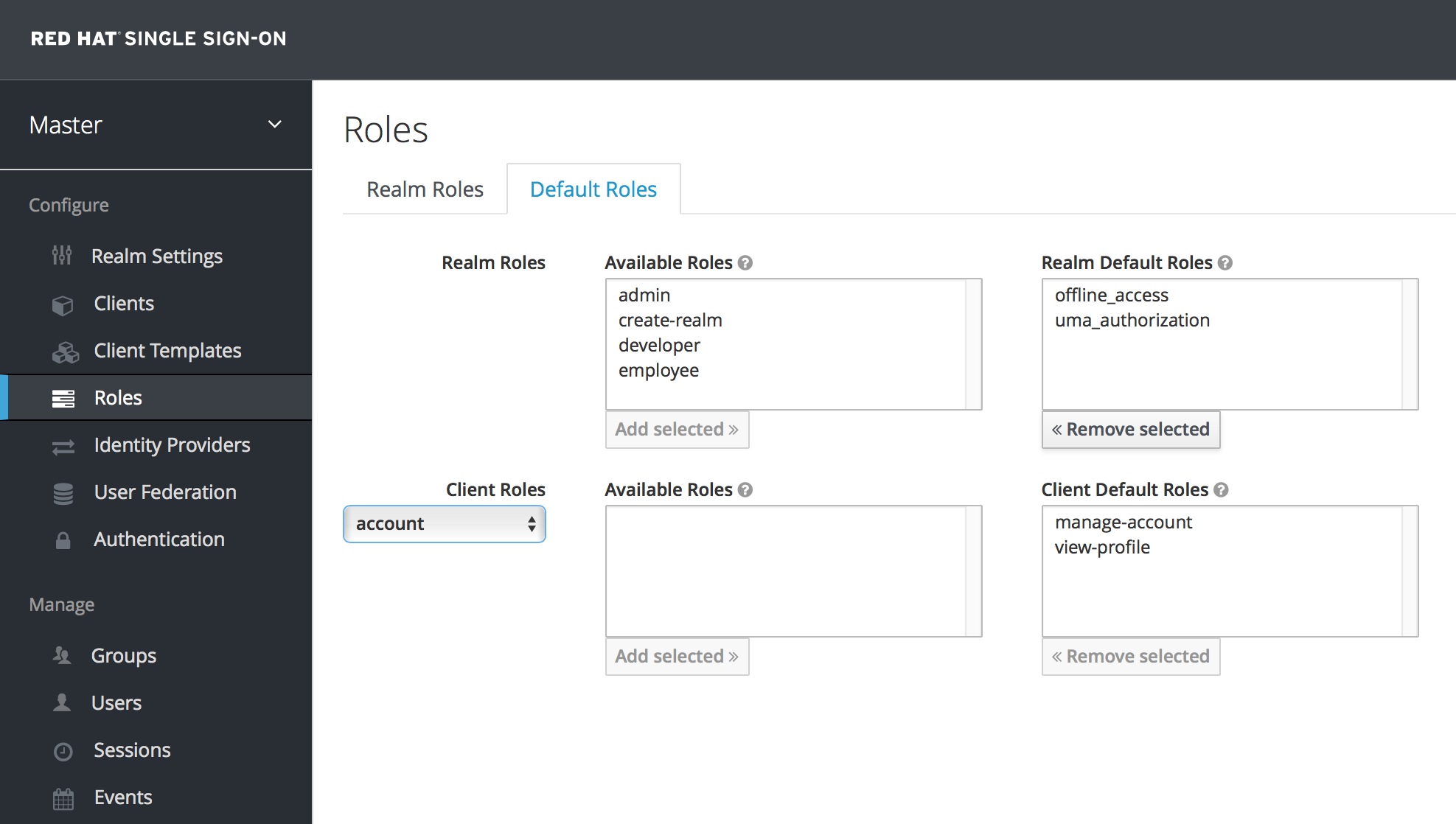 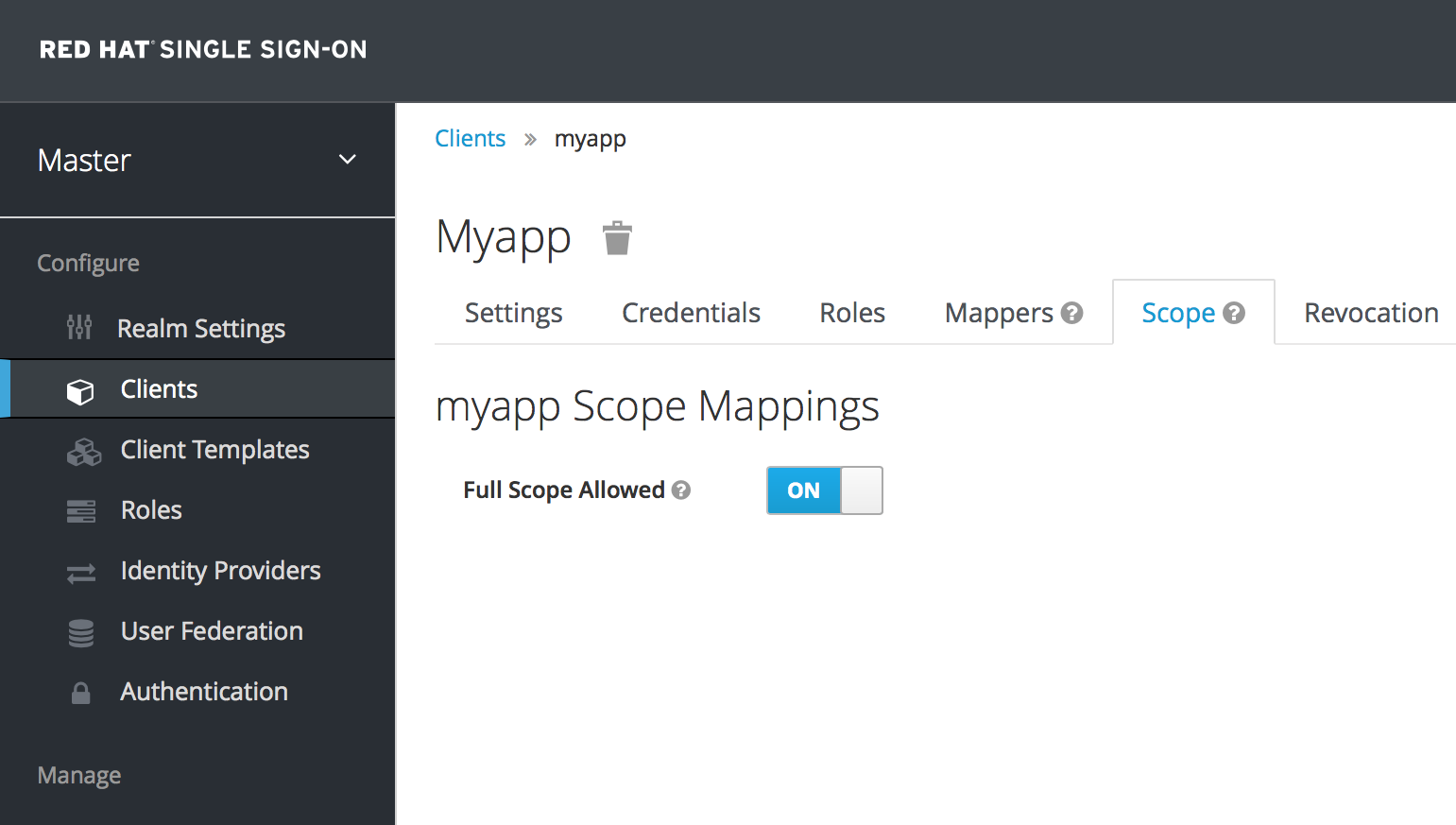