With the growing popularity of container development, customers increasingly rely on container images from upstream registries like Docker or Google Cloud Platform to get services up and running. Today, registries have rate limitations and throttling on the number of times users can pull from these registries.

The following image shows the expected design flow and architecture of the proxy cache feature. 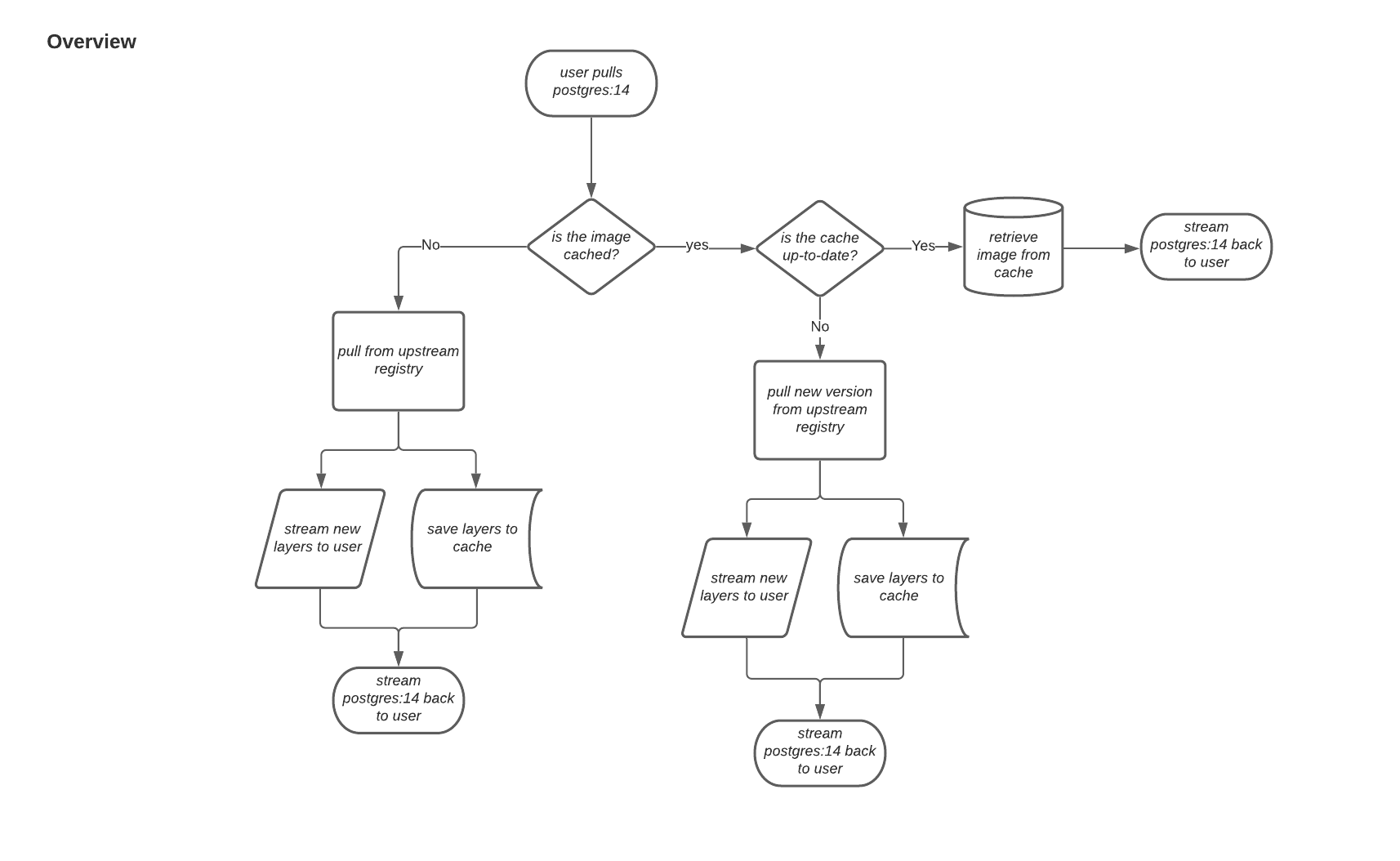 When a user pulls an image, for example, postgres:14, from an upstream repository on Red Hat Quay, the repository checks to see if an image is present. If the image does not exist, a fresh pull is initiated. After being pulled, the image layers are saved to cache and server to the user in parallel. The following image depicts an architectural overview of this scenario:

If the image in the cache exists, users can rely on Quay’s cache to stay up-to-date with the upstream source so that newer images from the cache are automatically pulled. This happens when tags of the original image have been overwritten in the upstream registry. The following image depicts an architectural overview of what happens when the upstream image and cached version of the image are different:

If the upstream image and cached version are the same, no layers are pulled and the cached image is delivered to the user.

Quay administrators can leverage the configurable size limit of an organization to limit cache size so that backend storage consumption remains predictable. This is achieved by discarding images from the cache according to the frequency in which an image is used. The following image depicts an architectural overview of this scenario:

Proxy caching with Red Hat Quay has the following limitations:

The following procedure describes how you can use Red Hat Quay to proxy a remote registry. This procedure is set up to proxy quay.io, which allows users to use podman to pull any public image from any namespace on quay.io.

With Red Hat Quay 3.8, the proxy cache feature has been enhanced with an auto-pruning feature for tagged images. The auto-pruning of image tags is only available when a proxied namespace has quota limitations configured. Currently, if an image size is greater than quota for an organization, the image is skipped from being uploaded until an administrator creates the necessary space. Now, when an image is pushed that exceeds the allotted space, the auto-pruning enhancement marks the least recently used tags for deletion. As a result, the new image tag is stored, while the least used image tag is marked for deletion.

Use the following procedure to test the auto-pruning feature of an organization with proxy cache and storage quota limitations enabled.