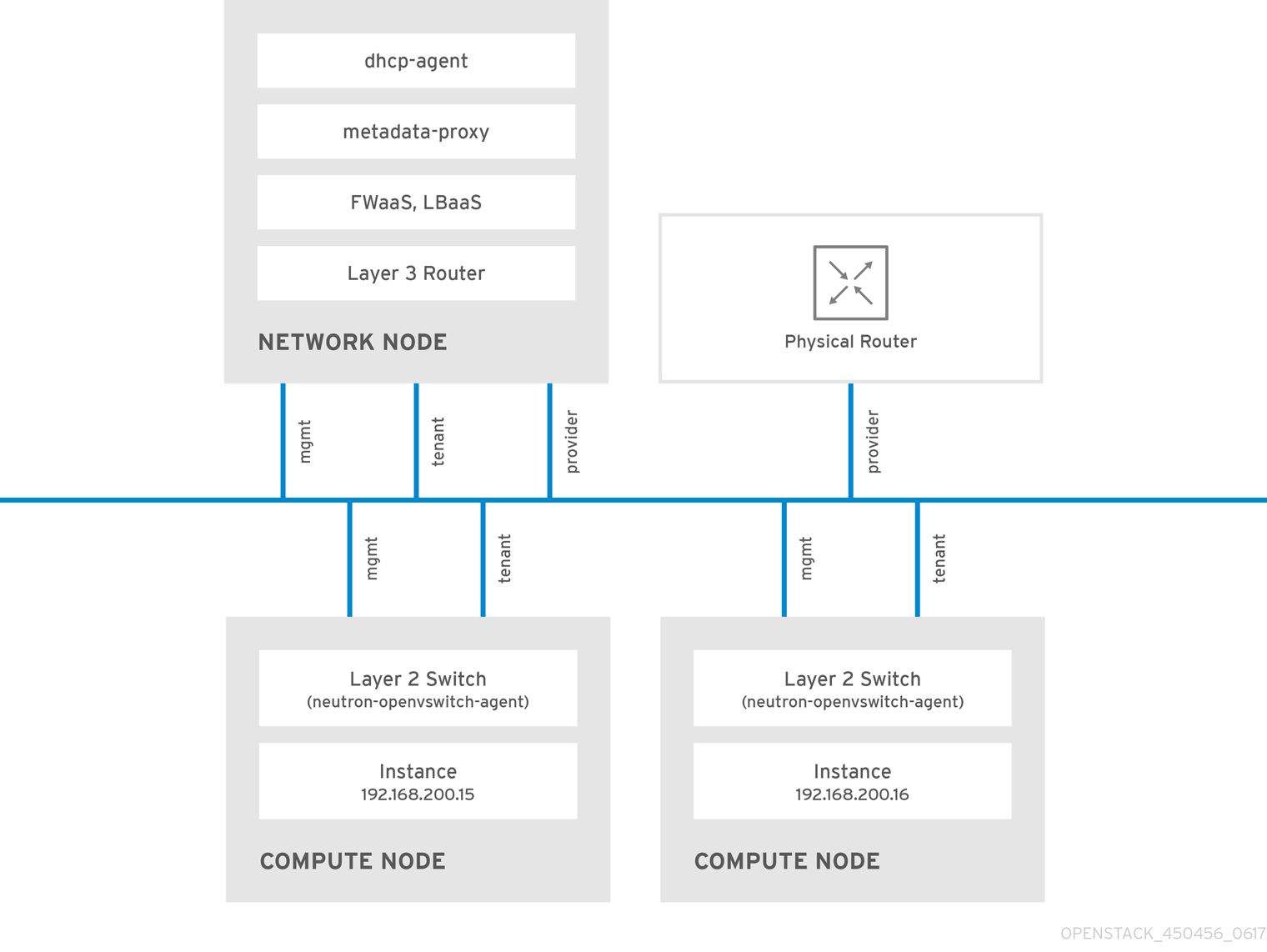 2.7.1. No supported ML2/OVS to ML2/OVN migration method in this release

To track the progress of migration support, see https://bugzilla.redhat.com/show_bug.cgi?id=1862888.

2.8. Using the ML2/OVS mechanism driver instead of the default ML2/OVN driver

If your application requires the ML2/OVS mechanism driver, you can deploy the overcloud with the environment file neutron-ovs.yaml, which disables the default ML2/OVN mechanism driver and enables ML2/OVS.

In the overcloud deployment command, include the environment file neutron-ovs.yaml as shown in the following example.

For more information about using environment files, see Including Environment Files in Overcloud Creation in the Advanced Overcloud Customization guide.

To keep using ML2/OVS after an upgrade from a previous version of RHOSP that uses ML2/OVS, follow Red Hat’s upgrade procedure as documented, and do not perform the ML2/OVS-to-ML2/OVN migration.

The following diagram presents an overview of the project and provider network types, and illustrates how they interact within the overall OpenStack Networking topology: 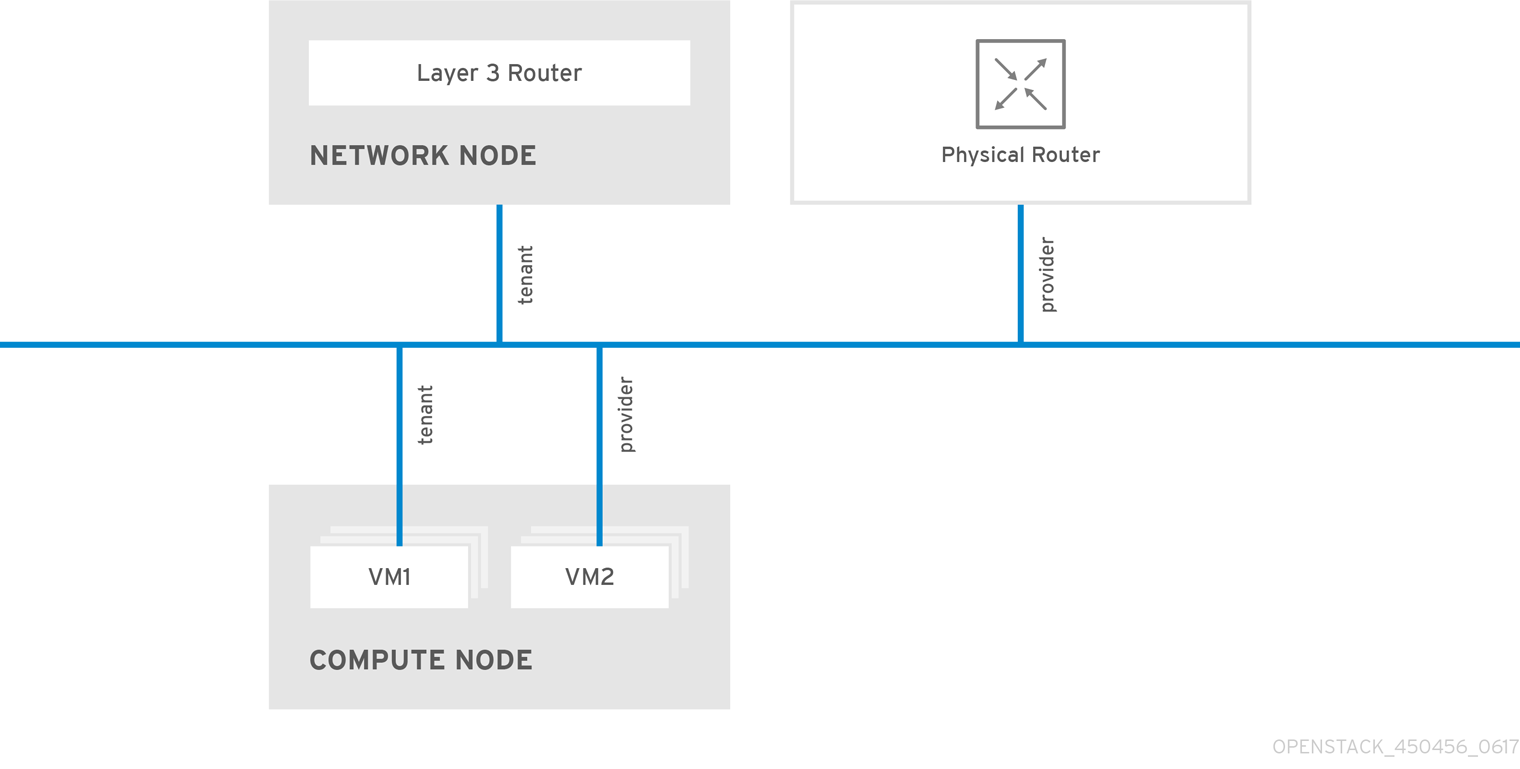 The OpenStack administrator creates provider networks. Provider networks map directly to an existing physical network in the data center. Useful network types in this category include flat (untagged) and VLAN (802.1Q tagged). You can also share provider networks among projects as part of the network creation process.

2.11.2.3. Configuring networking for the Network and Compute nodes

3. Restart the neutron-openvswitch-agent service on both the network and compute nodes to apply the changes: 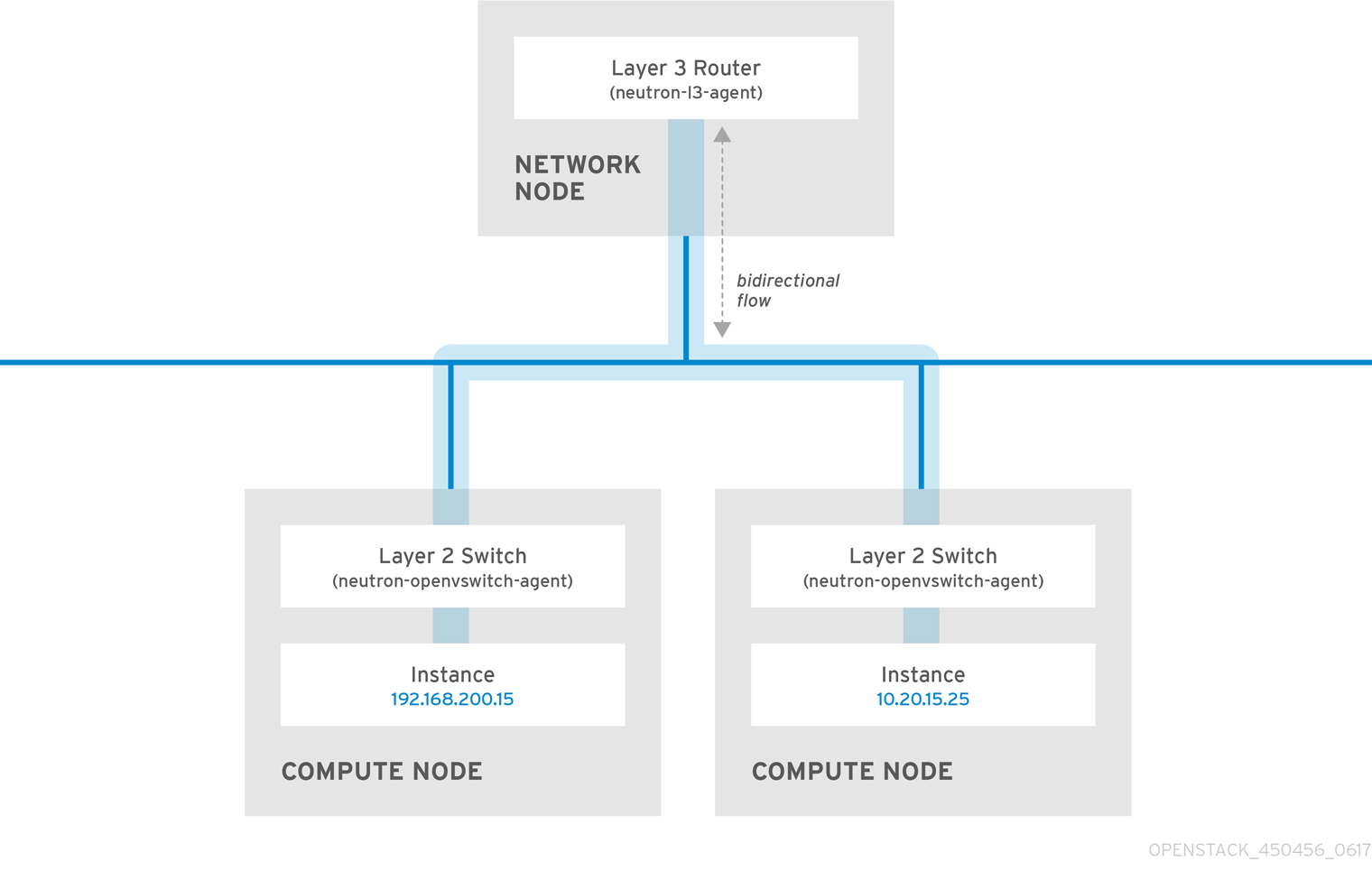 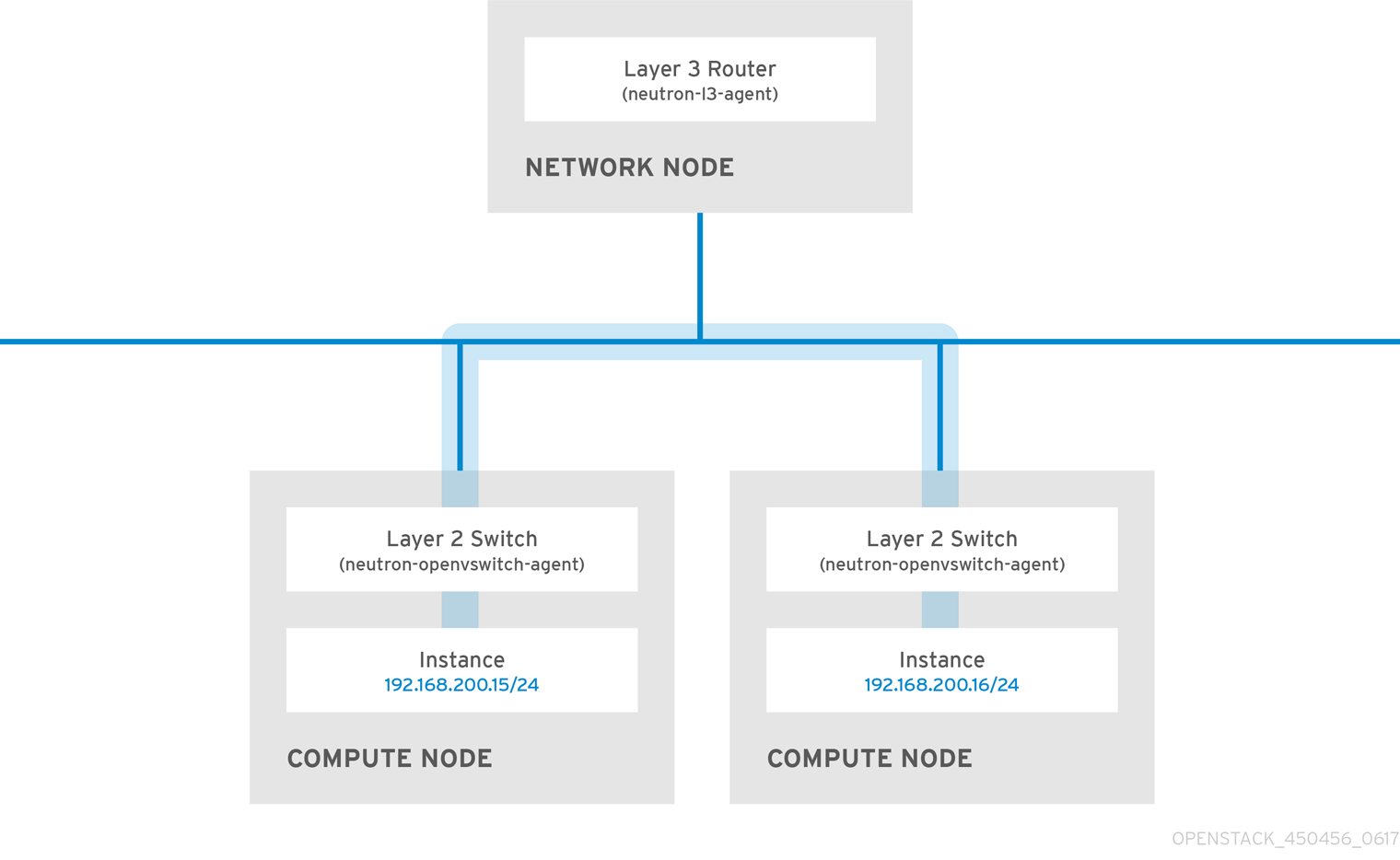