Prerequisites
Permissions and roles
This integration allows IdM users to authenticate to OpenStack and access resources. OpenStack service accounts (such as keystone and glance), and authorization management (permissions and roles) will remain in the Identity Service database. Permissions and roles are assigned to the IdM accounts using Identity Service management tools.
High availability options
This configuration creates a dependency on the availability of a single IdM server: Project users will be affected if Identity Service is unable to authenticate to the IdM Server. It is not recommended to place a load balancer in front of IdM, however you can configure keystone to query a different IdM server, should one become unavailable.
Outage requirements
Firewall configuration

Communication between IdM and OpenStack consists of the following:

A periodic certmonger task will continue to request new certificates if the initial request fails.

If firewalls are filtering traffic between IdM and OpenStack, you will need to allow access through the following port:

Run these commands on the IdM server:

When using multiple domains for LDAP authentication, you might receive various errors, such as Unable to retrieve authorized projects, or Peer's Certificate issuer is not recognized. This can arise if keystone uses the incorrect certificate for a certain domain. As a workaround, merge all of the LDAPS public keys into a single .crt bundle, and configure all of your keystone domains to use this file.

Optionally, if you need to run diagnostic commands, such as ldapsearch, you will also need to add the certificate to the RHEL certificate store. For example:

These steps prepare Identity Service for integration with IdM.

If you are using director, note that the configuration files referenced below are managed by Puppet. Consequently, any custom configuration you add might be overwritten whenever you run the openstack overcloud deploy process. To apply these settings to director-based deployments, see Chapter 4, Using domain-specific LDAP backends with director.

If you intend to update any configuration files, you need to be aware that certain OpenStack services now run within containers; this applies to keystone, nova, and cinder, among others. As a result, there are certain administration practices to consider:

Perform this procedure on the controller running the keystone service:

To allow authenticated users access to OpenStack resources, the recommended method is to authorize certain IdM groups to grant access to Projects. This saves the OpenStack administrators from having to allocate each user to a role in a Project. Instead, the IdM groups are granted roles in Projects. As a result, IdM users that are members of these IdM groups will be able to access pre-determined Projects.

If you would prefer to manually manage the authorization of individual IdM users, see the Section 2.3.3, “Allow IdM users to access Projects”.

This section presumes that the IdM administrator has already completed these steps:

These steps assign a role to an IdM group. Group members will then have permission to access OpenStack resources.

As a result, members of grp-openstack-demo are able to log in to the dashboard by entering their IdM username and password, when also entering LAB in the Domain field: 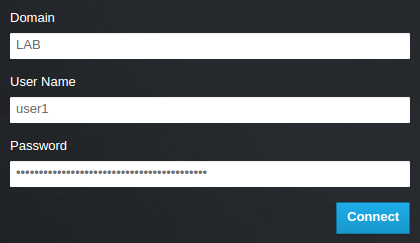 If users receive the error Error: Unable to retrieve container list., and expect to be able to manage containers, then they must be added to the SwiftOperator role.

IdM users that are members of the grp-openstack IdM group can be granted permission to log in to a Project in the dashboard:

If users receive the error Error: Unable to retrieve container list., and expect to be able to manage containers, then they must be added to the SwiftOperator role.

To allow the admin user to see the Domain tab, you will need to assign it the admin role in the default domain:

After you have completed these integration steps, when you create a new project you will need to decide whether to create it in the Default domain, or in the keystone domain you’ve just created. This decision can be reached by considering your workflow, and how you administer user accounts. The Default domain can be be thought of as an internal domain, used for service accounts and the admin project, so it might make sense for your AD-backed users to be placed within a different keystone domain; this does not strictly need to be the same keystone domain as the IdM users are in, and for separation purposes, there might be multiple keystone domains.

Configuring multiple domains in Identity Service enables a new Domain field in the dashboard login page.
Users are expected to enter the domain that matches their login credentials. This field must be manually filled with one of the domains present in keystone. Use the openstack command to list the available entries.

In this example, IdM accounts will need to specify the LAB domain. The built-in keystone accounts, such as admin, must specify Default as their domain:

For certain commands, you might need to specify the applicable domain. For example, appending --domain LAB in this command returns users in the LAB domain (that are members of the grp-openstack group):

If you experience issues with these steps, perform steps 3-5 with the built-in admin account. If successful, this demonstrates that OpenStack is still working as expected, and that an issue exists somewhere within the IdM ←→ Identity integration settings. See Section 2.7, “Troubleshooting”.

You might need to create a RC file for a non-admin user. For example:

Use ldapsearch to remotely perform test queries against the IdM server. A successful result here indicates that network connectivity is working, and the IdM services are up. In this example, a test query is performed against the server idm.lab.local on port 636:

Use nc to check that the LDAPS port (636) is remotely accessible. In this example, a probe is performed against the server idm.lab.local. Press ctrl-c to exit the prompt.

Failure to establish a connection could indicate a firewall configuration issue.