This chapter concerns NUMA topology awareness and the configuration of an OpenStack environment on systems supporting this technology. With this setup, virtual machine instances are pinned to dedicated CPU cores, which enables smarter scheduling and therefore improves guest performance.

Background information about NUMA is available in the following article: What is NUMA and how does it work on Linux ? 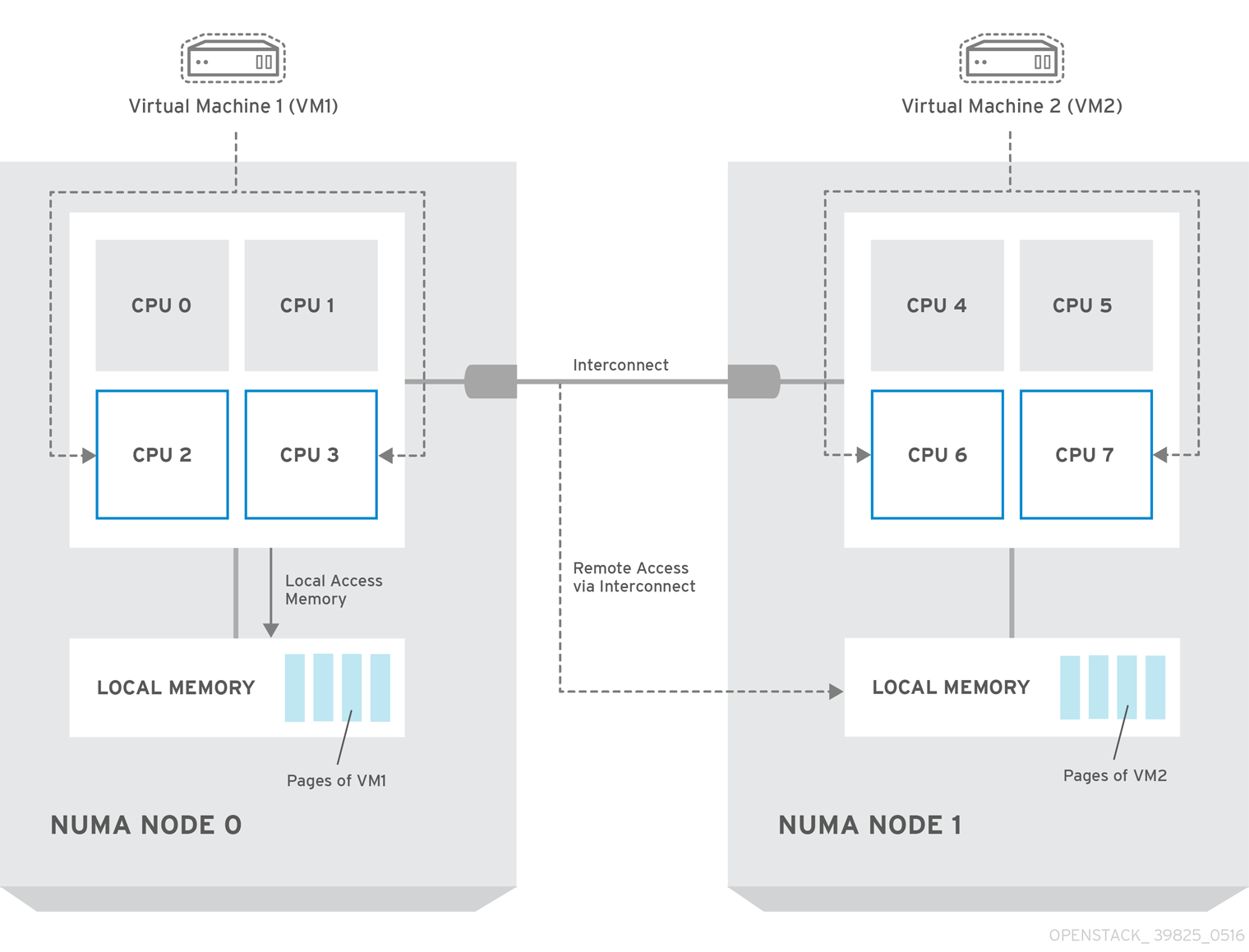 For more details on NUMA tuning with libvirt, see the Virtualization Tuning and Optimization Guide.

The exact configuration depends on the NUMA topology of your host system; however, you must reserve some CPU cores across all the NUMA nodes for host processes and let the rest of the CPU cores handle your guest virtual machine instances. For example, with eight CPU cores evenly spread across two NUMA nodes, the layout can be illustrated as follows:

The number of cores to reserve for host processes should be determined by observing the performance of the host under typical workloads.

The configuration of the Compute nodes consists of the following steps:

Prepare your OpenStack environment for running virtual machine instances pinned to specific resources by completing the following steps on a system with the Compute command-line interface:

You can now boot an instance using the new flavor:

Replace image with a saved VM image name (see nova image-list), flavor with the name of the flavor (m1.small.performance, pinned.small, or any other name that you used), and server_name with the name for the new server.

To verify that the new server has been placed correctly, run the following command and check for OS-EXT-SRV-ATTR:hypervisor_hostname in the output: