Store, read or delete a value in the cache layer of your Cloud App.

By default, the cache store has a memory limit of 1GB. Once the limit is reached, the store starts removing data using an LRU (Least Recently Used) algorithm.

If the option "expire" is not specified when storing a value in the cache, that value remains in the cache until the memory limit is reached. Then, the LRU algorithm determines which value is removed.

The memory limit for the cache can be managed in the Studio, which also allows you to flush the cache store. These two options are available in Resources > [environment] > Cache

The Max Cache Size limit setting affects all Cloud Apps for an environment. 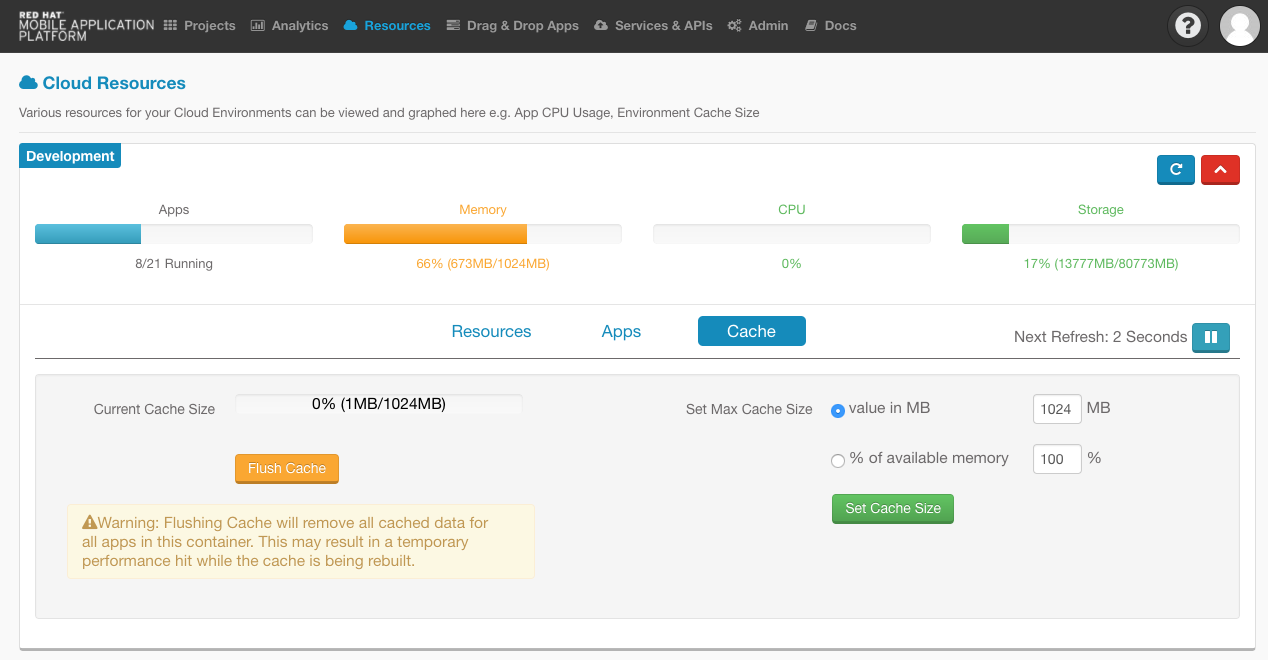 Save a value to the cache

Load a value from the cache

Remove a value from the cache