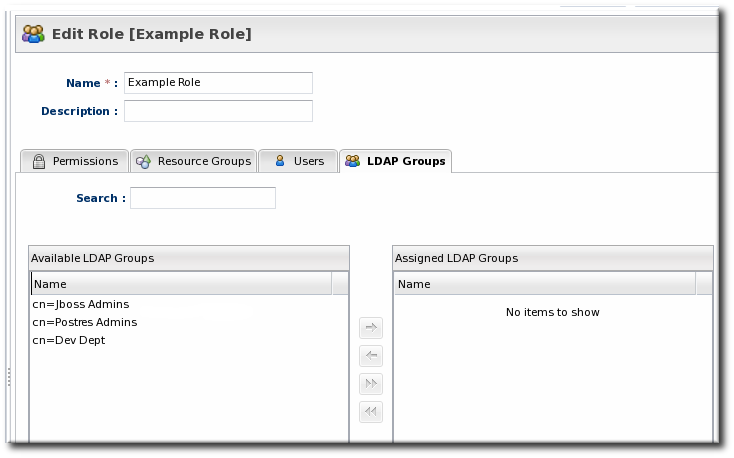 Figure 10.2. Groups Assigned to a Role

Section 10.2.3, “Configuring LDAP User Authentication” describes how an LDAP directory server can be used to authenticate users to JBoss ON. Any time a user attempts to log in, that request — with the username and password — is simply forwarded to the specified LDAP directory server to see if the credentials are correct.
Members of LDAP groups can be pulled in, automatically, as members of JBoss ON roles. The LDAP group is associated with a JBoss ON role and then the group members are authorized to do whatever the JBoss ON role is configured to allow. Any changes made in the LDAP group members are automatically reflected in JBoss ON, without having to edit the JBoss ON role.