Provides cluster management functionality that enables you to synchronize and replicate data among the nodes in your cluster. Apache Helix cluster is managed by Apache ZooKeeper. With Apache Helix, you can define a cluster, add nodes to the cluster, remove nodes from the cluster, and perform other cluster-management tasks.

Enables you to synchronize and replicate data from the Apache Helix cluster. An Apache ZooKeeper cluster is known as an ensemble and requires a majority of the servers to be functional for the service to be available.

However, an ensemble is not required for any type of clustering. Only a single instance of ZooKeeper is required to allow Red Hat JBoss BPM Suite to replicate its data; the ZooKeeper ensemble serves to provide redundancy and protect against the failure of ZooKeeper itself.

The relationship between Apache Helix and Apache ZooKeeper: 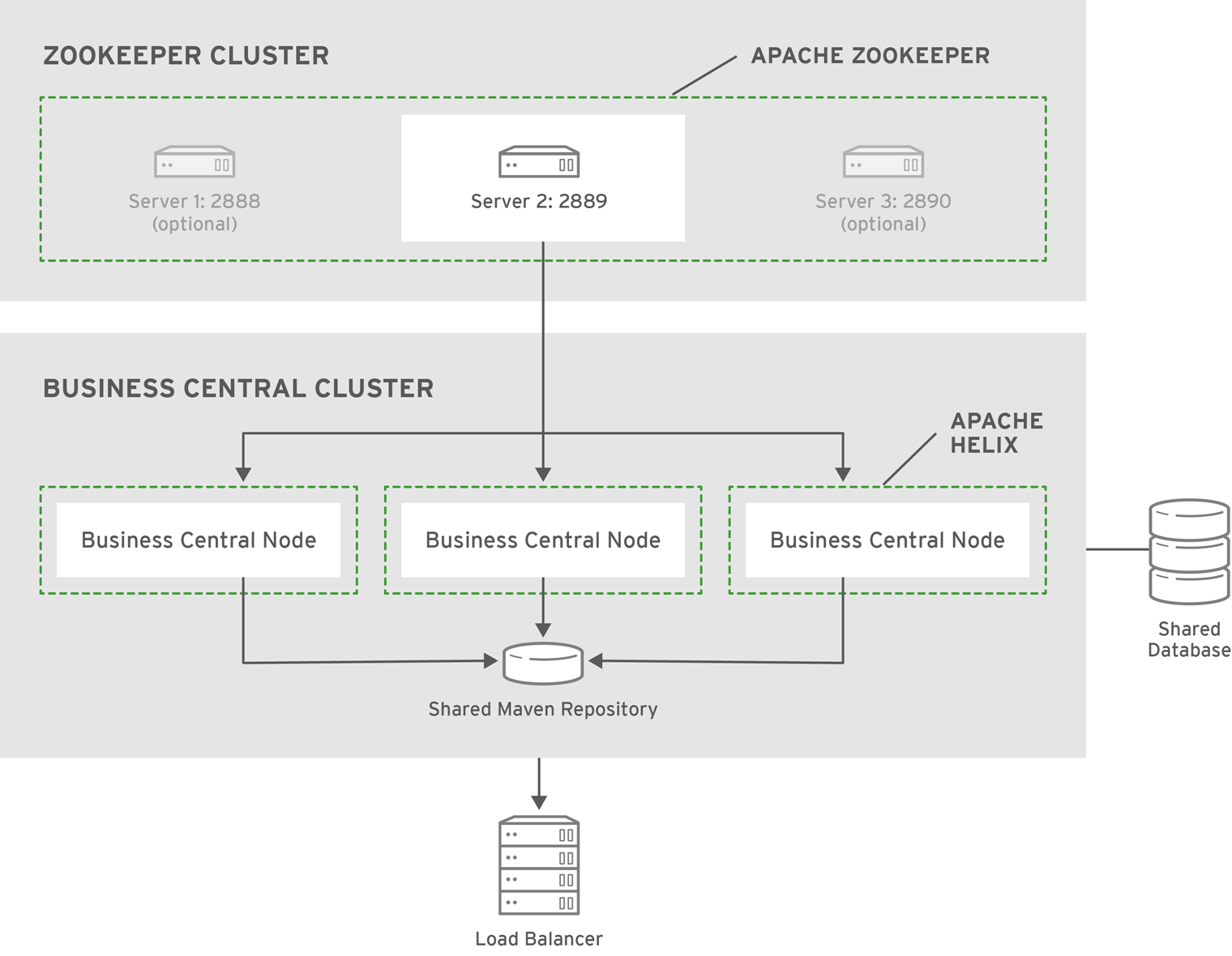 This repository exists on the application server file-system as regular files and is not cluster aware. This folder is not synchronized across the various nodes in the cluster and must be synchronized using external tools like rsync.

An alternative to the use of an external synchronization tool is to set the system property org.guvnor.m2repo.dir on each cluster node to point to a SAN or NAS. In such case, clustering of the Maven repository folder is not needed.