RHEL 9 provides the virtualization functionality, which enables a machine running RHEL 9 to host multiple virtual machines (VMs), also referred to as guests. VMs use the host’s physical hardware and computing resources to run a separate, virtualized operating system (guest OS) as a user-space process on the host’s operating system.

VMs enable you to safely test software configurations and features, run legacy software, or optimize the workload efficiency of your hardware. For more information on the benefits, see Section 1.2, “Advantages of virtualization”.

Virtualization in RHEL 9 consists of the following principal software components:

The basis of creating virtual machines (VMs) in RHEL 9 is the hypervisor, a software layer that controls hardware and enables running multiple operating systems on a host machine.

The hypervisor includes the Kernel-based Virtual Machine (KVM) module and virtualization kernel drivers, such as virtio and vfio. These components ensure that the Linux kernel on the host machine provides resources for virtualization to user-space software.

For more information on the contents of an XML configuration, see Viewing information about virtual machines.

While QEMU is an essential component of the architecture, it is not intended to be used directly on RHEL 9 systems, due to security concerns. Therefore, using qemu-* commands is not supported by Red Hat, and it is highly recommended to interact with QEMU using libvirt.

For more information on the host-based interfaces, see Section 1.4, “Tools and interfaces for virtualization management”. 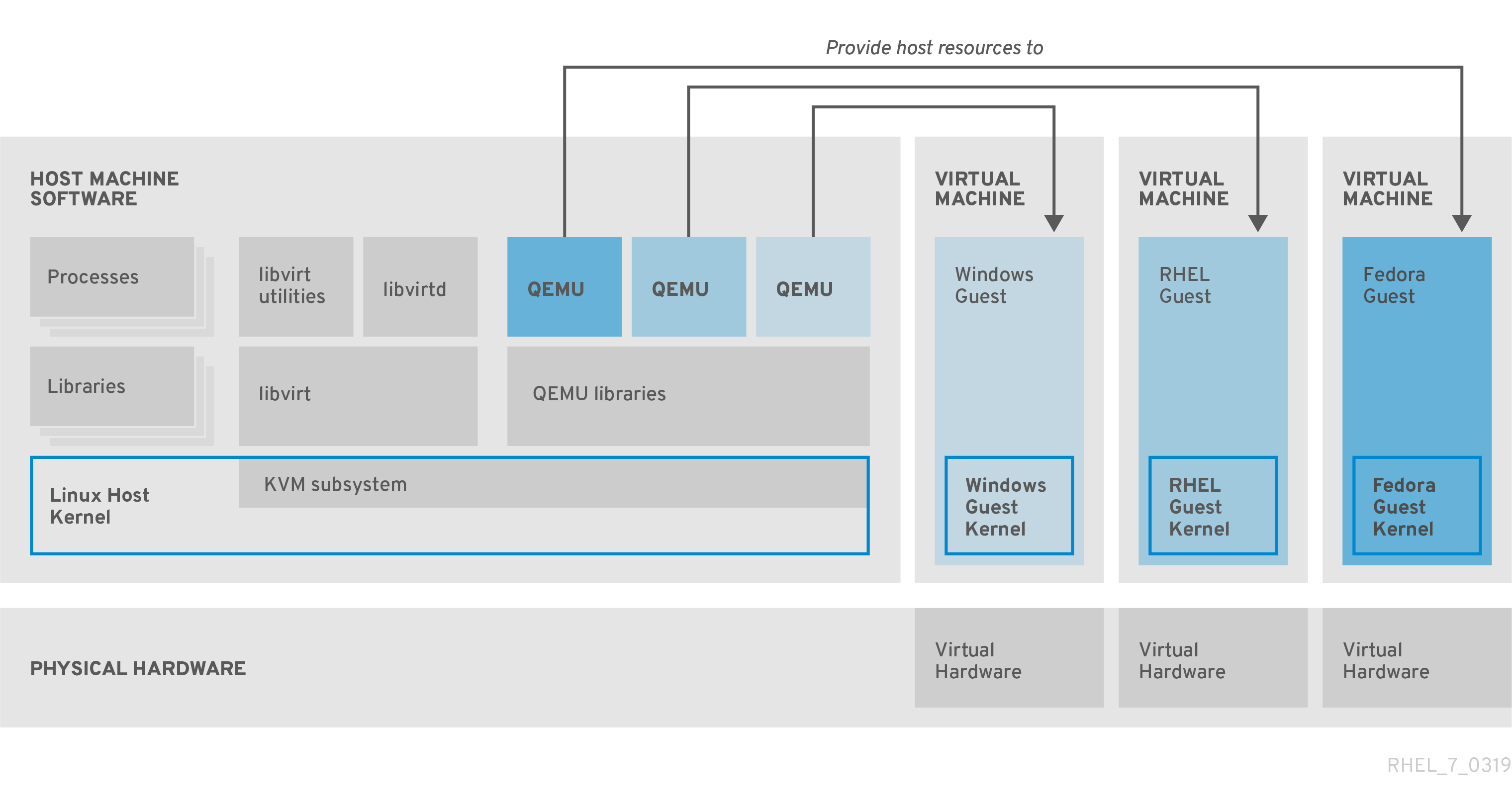 The CLI is the most powerful method of managing virtualization in RHEL 9. Prominent CLI commands for virtual machine (VM) management include:

You can use the following GUIs to manage virtualization in RHEL 9: