As an administrator of a RHEL 8 system with virtual machines (VMs), ensuring that your VMs are as secure as possible significantly lowers the risk of your guest and host OSs being infected by malicious software.

This document outlines the mechanics of securing VMs on a RHEL 8 host and provides a list of methods to increase the security of your VMs.

15.1. How security works in virtual machines

Figure 15.1. A potential malware attack vector on a virtualization host 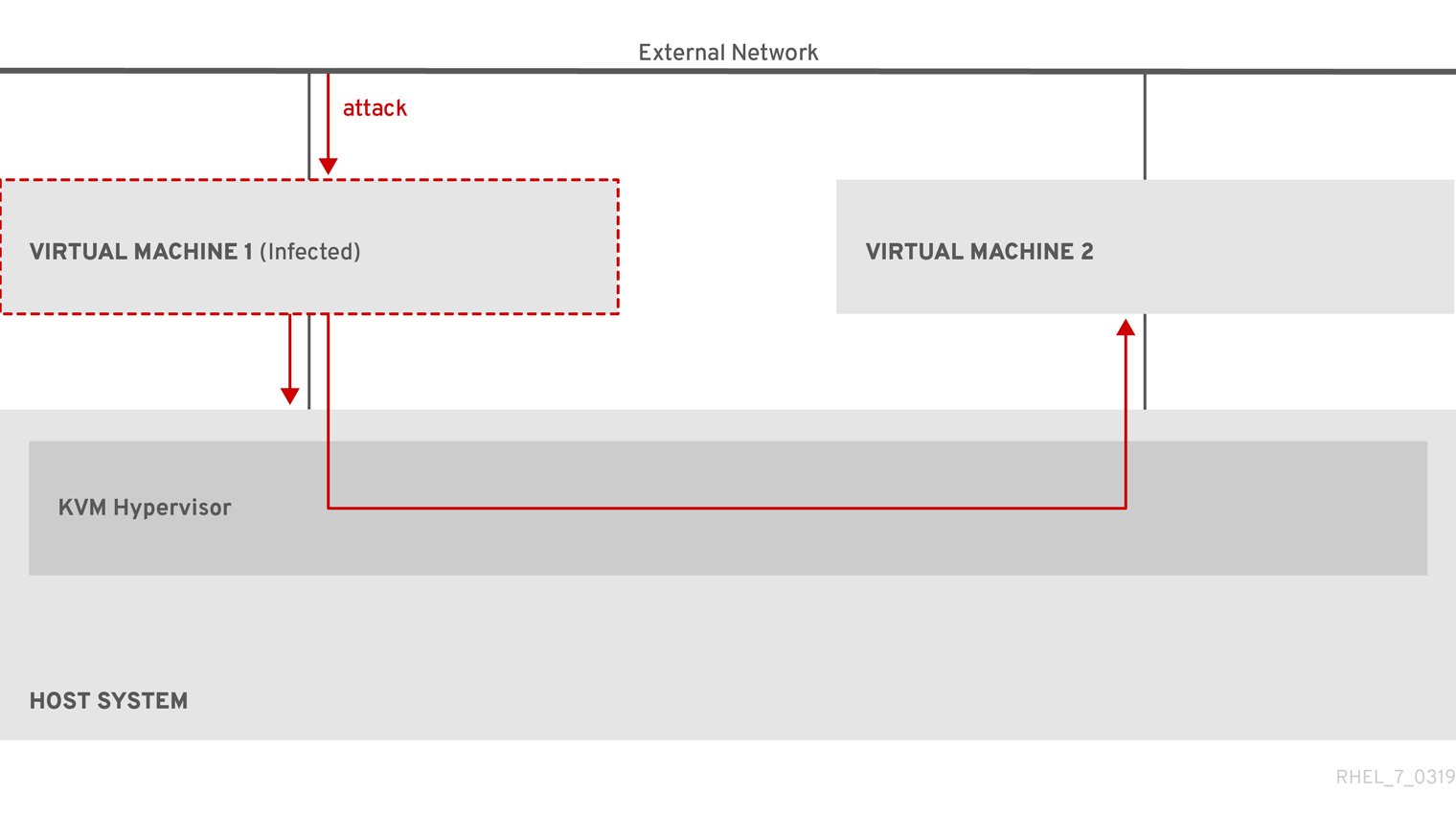 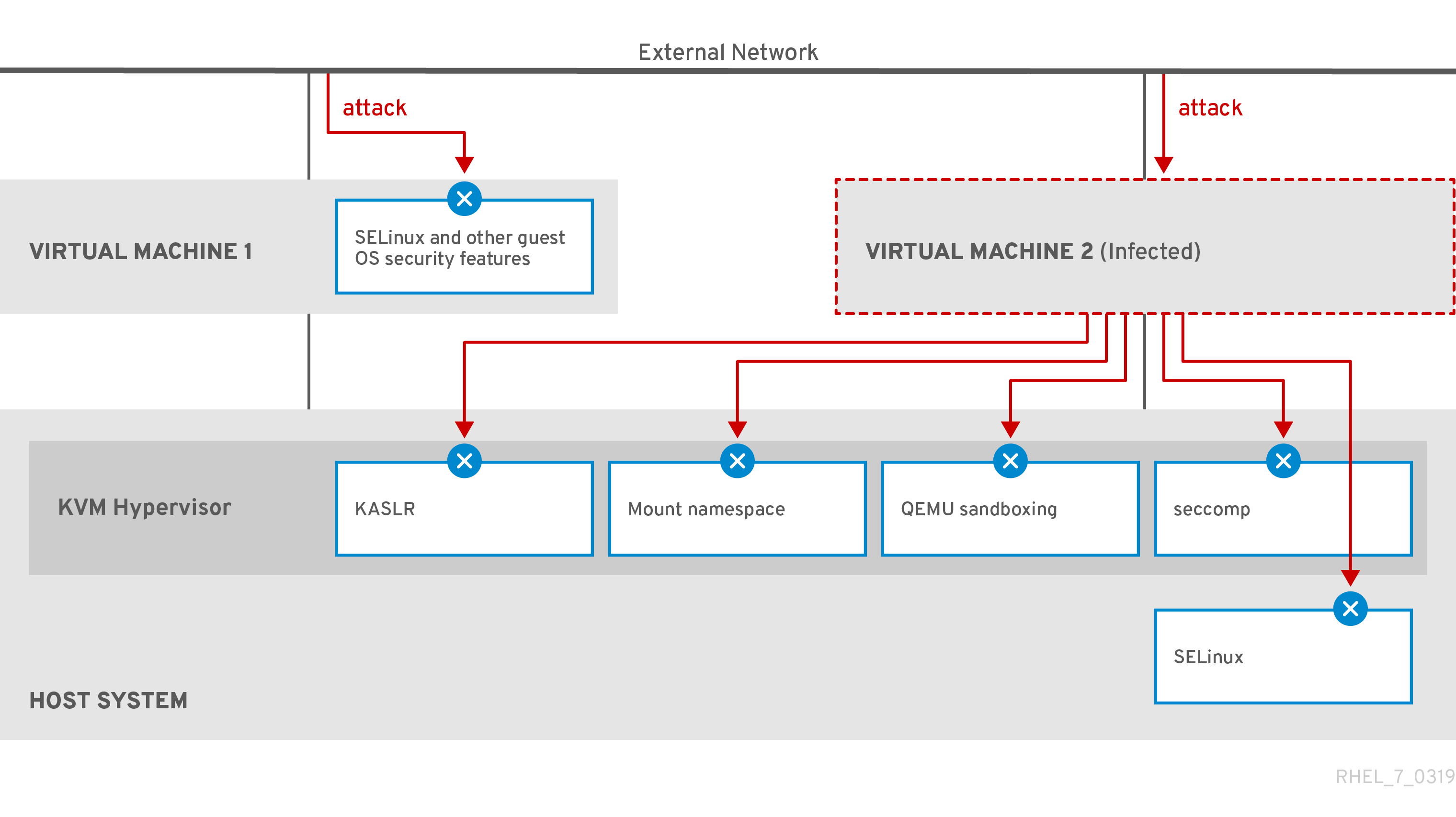 Many of the features that RHEL 8 provides for VM security are always active and do not have to be enabled or configured. For details, see Section 15.4, “Automatic features for virtual machine security”.

In addition, you can adhere to a variety of best practices to minimize the vulnerability of your VMs and your hypervisor. For more information, see Section 15.2, “Best practices for securing virtual machines”.

The following provides instructions on creating a Linux virtual machine (VM) that uses the SecureBoot feature, which ensures that your VM is running a cryptographically signed OS. If the guest OS of a VM has been altered by malware, SecureBoot prevents the VM from booting, which stops the potential spread of the malware to your host machine.

In addition to manual means of improving the security of your virtual machines listed in Section 15.2, “Best practices for securing virtual machines”, a number of security features are provided by the libvirt software suite and are automatically enabled when using virtualization in RHEL 8. These include:

To access all the available utilities for virtual machine management in RHEL 8, you need to use the system session of libvirt. To do so, you must have root privileges on the system or be a part of the libvirt user group.

Non-root users that are not in the libvirt group can only access a user session of libvirt, which has to respect the access rights of the local user when accessing resources. For example, in the user session, you cannot detect or access VMs created in the system session or by other users. Also, available VM networking configuration options are significantly limited.

The RHEL 8 documentation assumes you have libvirt system session privileges.

For fine-grained configuration of virtual machines security on a RHEL 8 system, you can configure SELinux booleans on the host to ensure the hypervisor acts in a specific way.

The following table lists virtualization-related booleans available in RHEL 8 and what they do when enabled:

When using IBM Z hardware to run a RHEL 8 host, you can improve the security of your virtual machines (VMs) by configuring IBM Secure Execution for the VMs.