A privilege is a group of permissions applicable to a role.
While a permission provides the rights to do a single operation, there are certain IdM tasks that require multiple permissions to succeed. Therefore, a privilege combines the different permissions required to perform a specific task.
For example, adding a user requires the following permissions:

Combining these three low-level tasks into a higher level task in the form of a privilege named Add User makes it easier to manage roles. Apart from users and user groups, privileges are also assigned to hosts and host groups, as well as network services. This practice permits a fine-grained control of operations by a set of users on a set of hosts using specific network services. 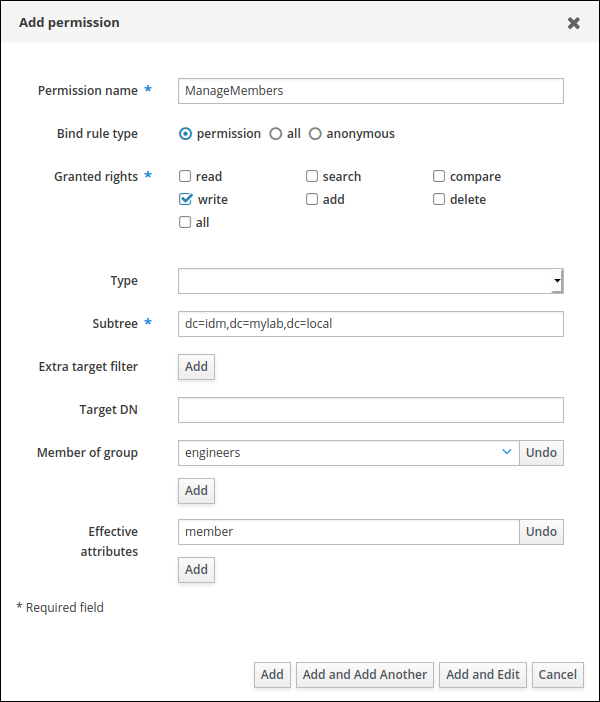 23.3. Managing privileges in the IdM WebUI