You can build a RHEL for Edge Simplified Installer image, and provision it to a RHEL for Edge image. The FIDO device onboarding (FDO) process automatically provision and onboard your Edge devices, and exchange data with other devices and systems connected on the networks.

Device onboarding is the process that:

With FIDO device onboarding (FDO), you can perform a secure device onboarding by adding new devices into your IOT architecture. This includes the specified device configuration that needs to be trusted and integrated with the rest of the running systems and to deploy new systems that are ready to be used. The FDO authentication is an automatic onboarding process that is triggered by the installation of a new device to securely onboard a device. The FDO protocol solves the trust and chain of ownership along with the automation needed to securely onboard a device at scale. It performs device initialization at the manufacturing stage and late device binding for its actual use. This means that actual binding of the device to a management system happens on the first boot of the device without requiring manual configuration on the device. By using the FDO protocol, you have support for automated secure devices onboarding, that is, zero touch installation and onboarding that does not need any specialized person at the edge location. After the device is onboarded, you can connect to it and apply patches, updates, and rollbacks.

With FDO, you can benefit from the following:

The FDO protocol is based on the following servers: 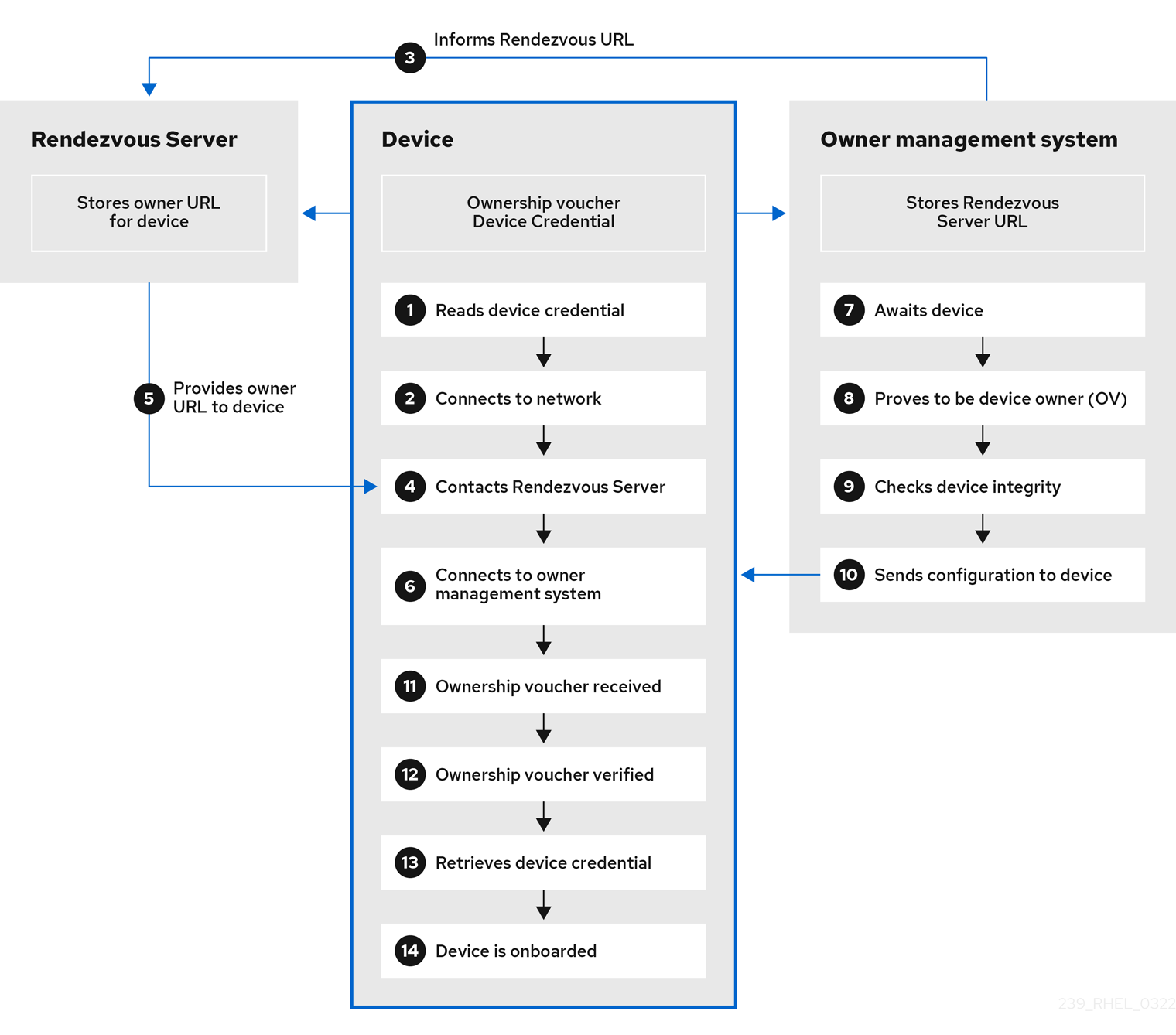 At the Manufacturer server, the device gets the FDO credentials, a set of certificates and keys to be installed on the operating system, and the Rendezvous server endpoint (URL). It also gets the Ownership Voucher, that is maintained separately in case you need to change the owner assignment.

To prepare your device to automatically onboard a RHEL for Edge device, complete the following steps:

After the device automatically reboots, you can log in to the device with the credentials you created for the blueprint.