In addition to virt-manager, Red Hat Enterprise Linux 7 provides the following tools that enable you to access your guest virtual machine's console.

virt-viewer is a minimalistic command-line utility for displaying the graphical console of a guest virtual machine. The console is accessed using the VNC or SPICE protocol. The guest can be referred to by its name, ID, or UUID. If the guest is not already running, the viewer can be set to wait until it starts before attempting to connect to the console. The viewer can connect to remote hosts to get the console information and then also connect to the remote console using the same network transport.
In comparison with virt-manager, virt-viewer offers a smaller set of features, but is less resource-demanding. In addition, unlike virt-manager, virt-viewer in most cases does not require read-write permissions to libvirt. Therefore, it can be used by non-privileged users who should be able to connect to and display guests, but not to configure them.
To install virt-viewer, run:

The basic virt-viewer command-line syntax is as follows:
To see the full list of options available for use with virt-viewer, see the virt-viewer man page. 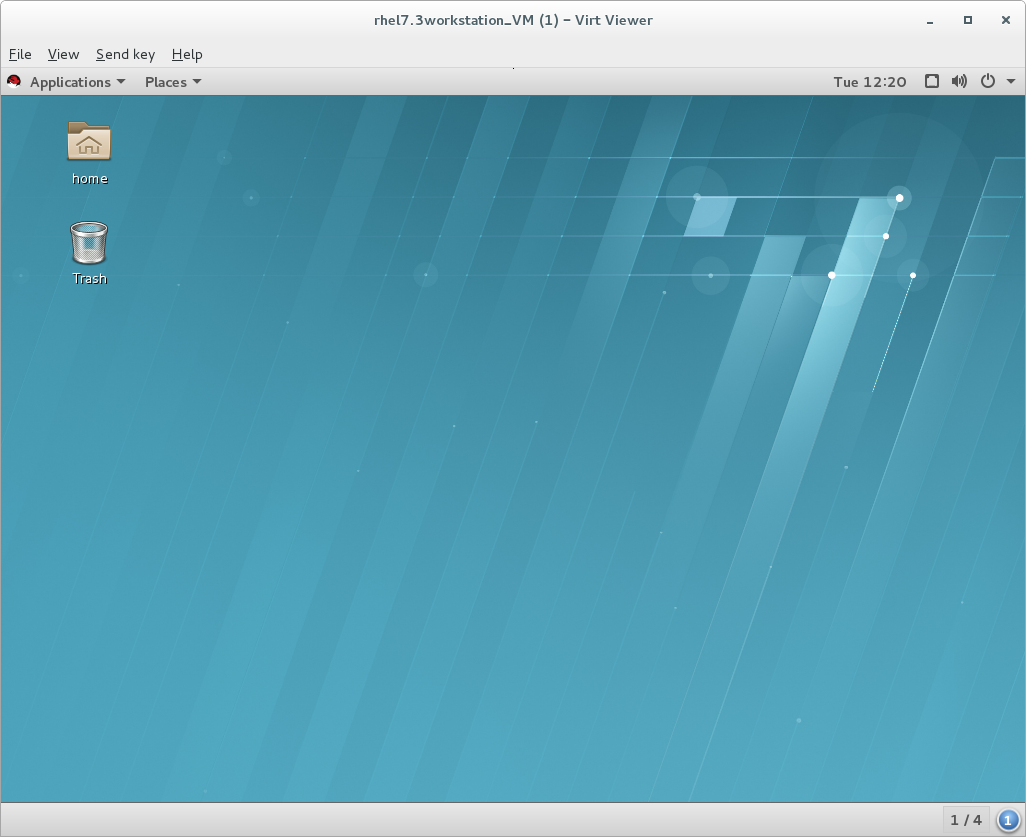