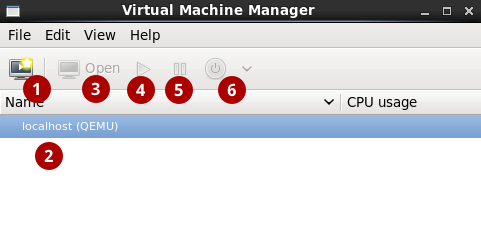 Commonly used interface elements include:
Right-clicking on a virtual machine shows a menu with more functions, including: