The LVM utility allows you to select a logical volume in the volume group and modify its name, size and specify file system options. In this example, the logical volume named 'Backups" was extended onto the remaining space for the volume group.
Clicking on the Edit Properties button will display the 'Edit Logical Volume' pop-up window from which you can edit the properties of the logical volume. On this window, you can also mount the volume after making the changes and mount it when the system is rebooted. You should indicate the mount point. If the mount point you specify does not exist, a pop-up window will be displayed prompting you to create it. The 'Edit Logical Volume' window is illustrated below. 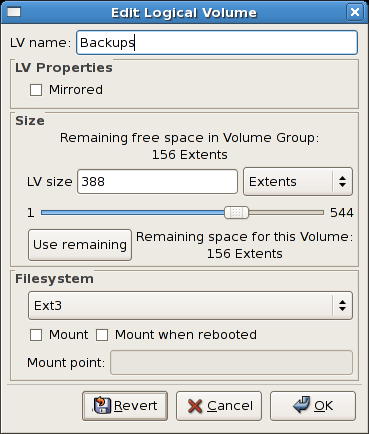 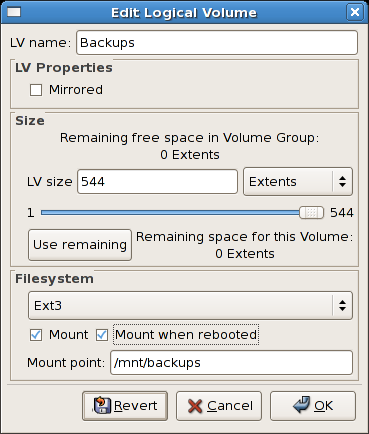 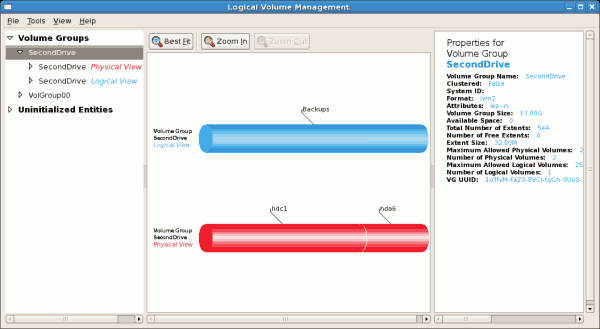