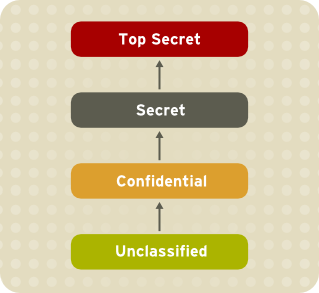 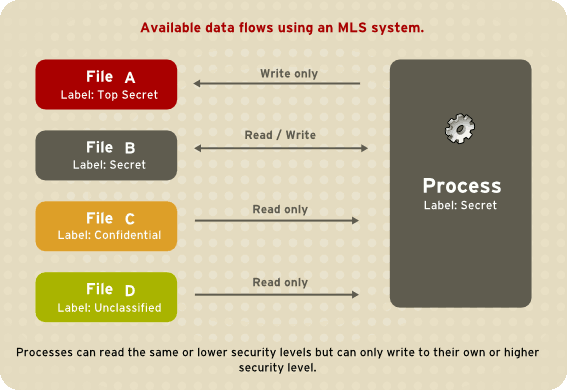 MLS access rules are always combined with conventional access permissions (file permissions). For example, if a user with a security level of "Secret" uses Discretionary Access Control (DAC) to block access to a file by other users, this also blocks access by users with a security level of "Top Secret". It is important to remember that SELinux MLS policy rules are checked after DAC rules. A higher security clearance does not automatically give permission to arbitrarily browse a file system.
Users with top-level clearances do not automatically acquire administrative rights on multi-level systems. While they may have access to all information on the computer, this is different from having administrative rights.