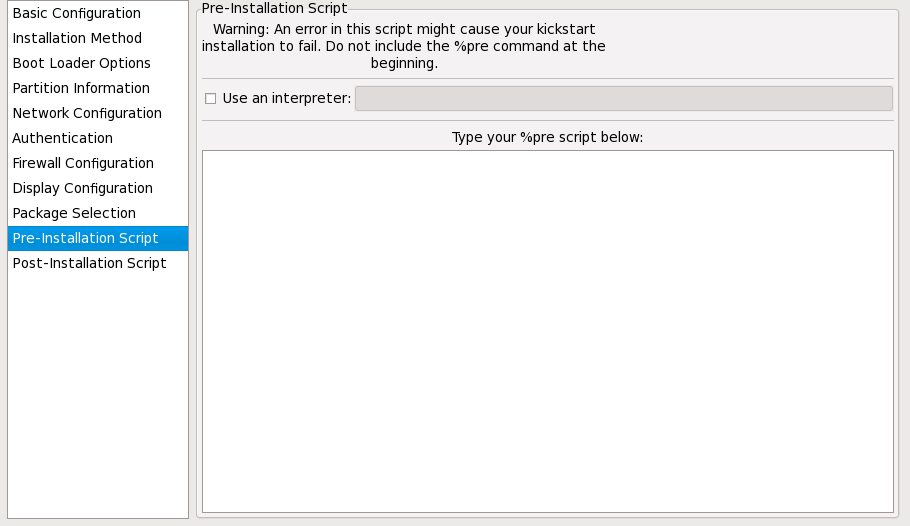 The version of anaconda in previous releases of Red Hat Enterprise Linux included a version of busybox that provided shell commands in the pre-installation and post-installation environments. The version of anaconda in Red Hat Enterprise Linux 6 no longer includes busybox, and uses GNU bash commands instead.
Refer to Appendix G, Alternatives to busybox commands for more information.
To specify a scripting language to use to execute the script, select the Use an interpreter option and enter the interpreter in the text box beside it. For example, /usr/bin/python2.6 can be specified for a Python script. This option corresponds to using %pre --interpreter /usr/bin/python2.6 in your kickstart file.
Only the most commonly used commands are available in the pre-installation environment. See Section 32.6, “Pre-installation Script” for a complete list.

Do not include the %pre command. It is added for you.