RAID Partition
Choose this option to configure a partition for software RAID. This option is the only choice available if your disk contains no software RAID partitions. This is the same dialog that appears when you add a standard partition — refer to Section 16.17.2, “Adding Partitions” for a description of the available options. Note, however, that File System Type must be set to software RAID 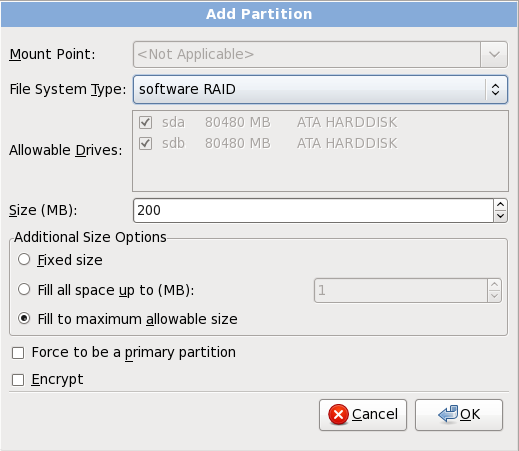 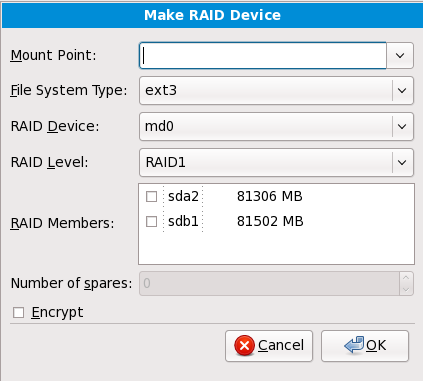