Chapter 35. Your Next Steps

Occasionally, when a new piece of hardware is not yet supported in the kernel that you have installed, Red Hat or a hardware vendor might make a driver update available. Although you can install driver updates during the installation process (refer to Chapter 6, Updating Drivers During Installation on Intel and AMD Systems for Intel and AMD systems and Chapter 13, Updating Drivers During Installation on IBM Power Systems Servers for IBM Power Systems servers) we recommend that you do this only for devices that are essential to carry out the installation. In all other cases, complete the installation first, and then add support for the device with a driver update rpm package as described in this section.
Do not install a driver update rpm unless you are certain that your system requires it. Installing a driver update on a system for which it was not intended can cause system difficulties.
To see a list of driver updates already installed on your system, click System → Administration → Add/Remove Software on your desktop, and enter the root password if prompted for it. Click the Search tab, enter the word kmod- (notice the final -) and click Search. 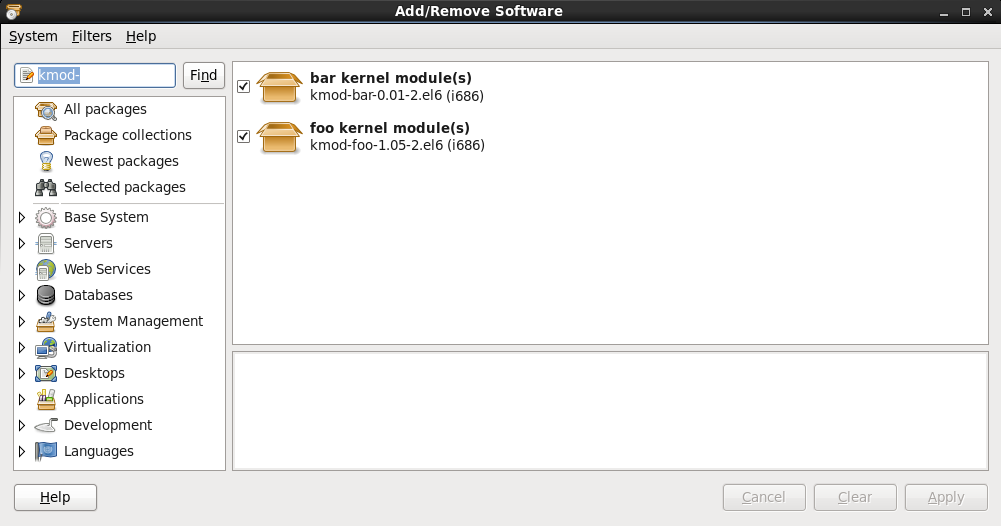