The cupsd.conf man page documents configuration of a CUPS server. It includes directives for enabling SSL support. However, CUPS does not allow control of the protocol versions used. Due to the vulnerability described in Resolution for POODLE SSLv3.0 vulnerability (CVE-2014-3566) for components that do not allow SSLv3 to be disabled via configuration settings, Red Hat recommends that you do not rely on this for security. It is recommend that you use stunnel to provide a secure tunnel and disable SSLv3.
For ad-hoc secure connections to a remote system's Print Settings tool, use X11 forwarding over SSH as described in Section 20.7.1, “X11 Forwarding”.
Using Printer Configuration Tool requires root privileges. To start the application, select System (on the panel) > Administration > Printing, or type the command system-config-printer at a shell prompt. 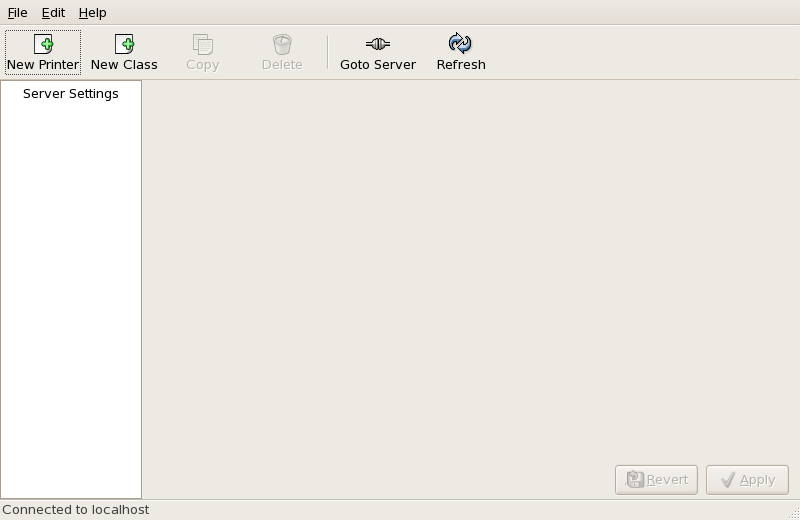 The following types of print queues can be configured:

If you add a new print queue or modify an existing one, you must apply the changes for them to take effect.
Clicking the Apply button prompts the printer daemon to restart with the changes you have configured.
Clicking the Revert button discards unapplied changes.

To add a local printer, such as one attached through a parallel port or USB port on your computer, click the New Printer button in the main Printer Configuration Tool window to display the window in Figure 38.2, “Adding a Printer”. 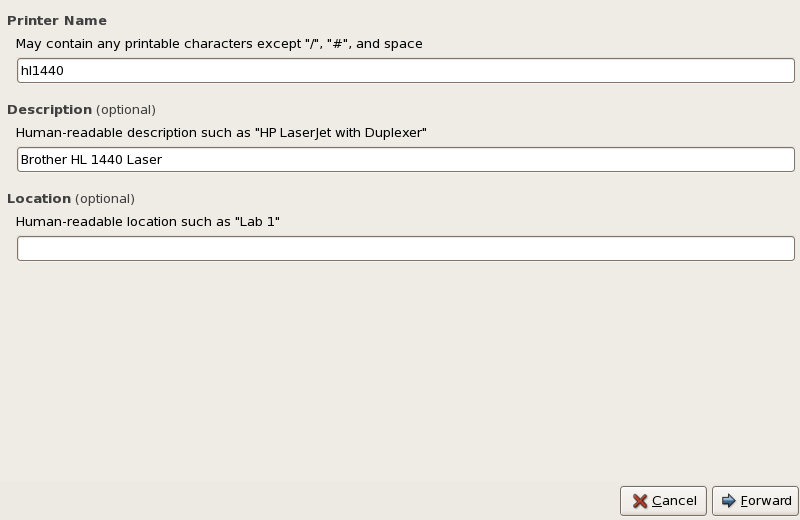 Click Forward to proceed.
Enter a unique name for the printer in the Printer Name field. The printer name can contain letters, numbers, dashes (-), and underscores (_); it must not contain any spaces.
You can also use the Description and Location fields to further distinguish this printer from others that may be configured on your system. Both of these fields are optional, and may contain spaces.
Click Forward to open the New Printer dialogue (refer to Figure 38.3, “Adding a Local Printer”). If the printer has been automatically detected, the printer model appears in Select Connection. Select the printer model and click Forward to continue.
If the device does not automatically appear, select the device to which the printer is connected (such as LPT #1 or Serial Port #1) in Select Connection. 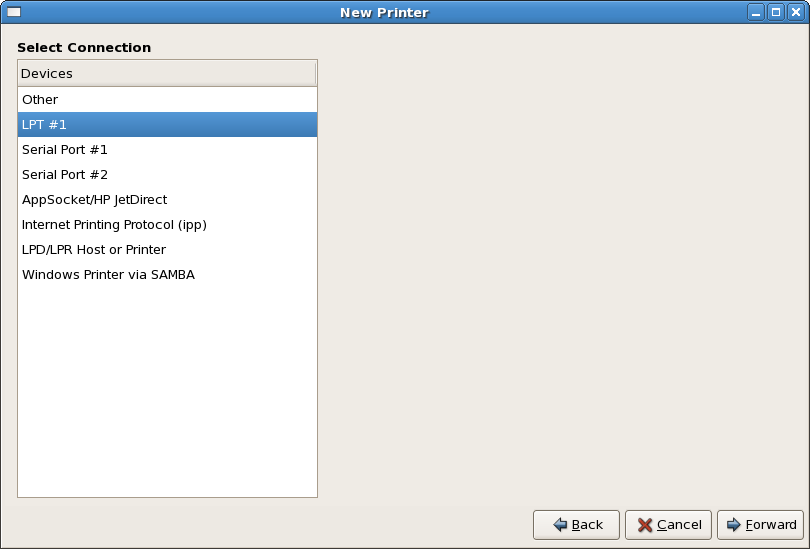 Next, select the printer type. Refer to Section 38.5, “Selecting the Printer Model and Finishing” for details.