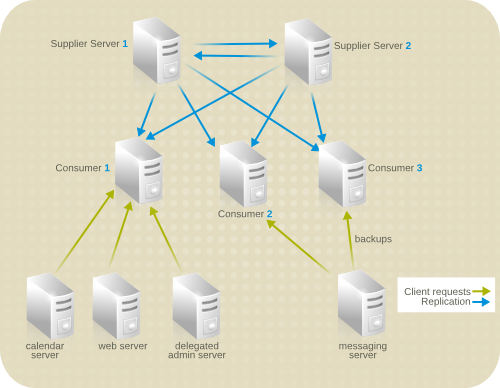 Modify requests from compatible servers are routed to the appropriate consumer server. The consumer server uses smart referrals to route the request to the supplier server responsible for the main copy of the data being modified. 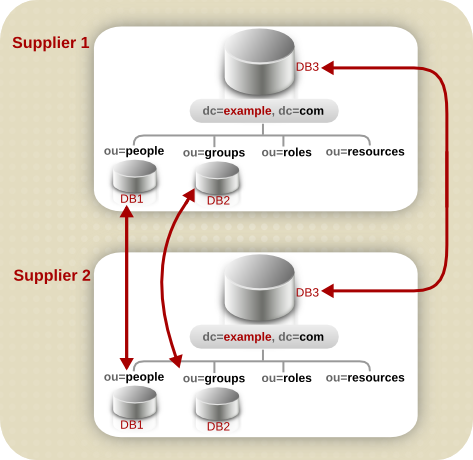 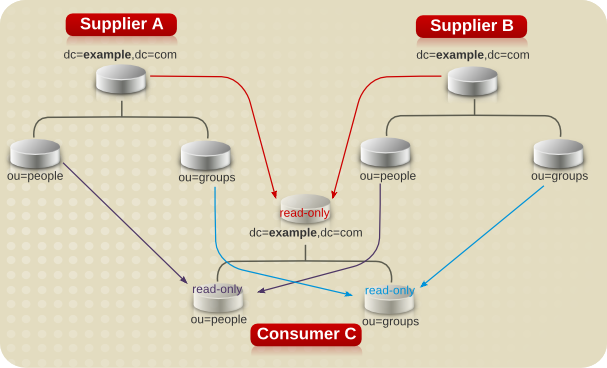