Some clients and integration with Red Hat Directory Server require dual entries. For example, Posix systems typically have a group for each user. The Directory Server's Managed Entries Plug-in creates a new managed entry, with accurate and specific values for attributes, automatically whenever an appropriate origin entry is created.
The basic idea is that there are situations when Entry A is created and there should automatically be an Entry B with related attribute values. For example, when a Posix user (posixAccount entry) is created, a corresponding group entry (posixGroup entry) should also be created. An instance of the Managed Entries Plug-in identifies what entry (the origin entry) triggers the plug-in to automatically generate a new entry (the managed entry). It also identifies a separate template entry which defines the managed entry configuration.
The instance of the Managed Entries Plug-in defines three things: 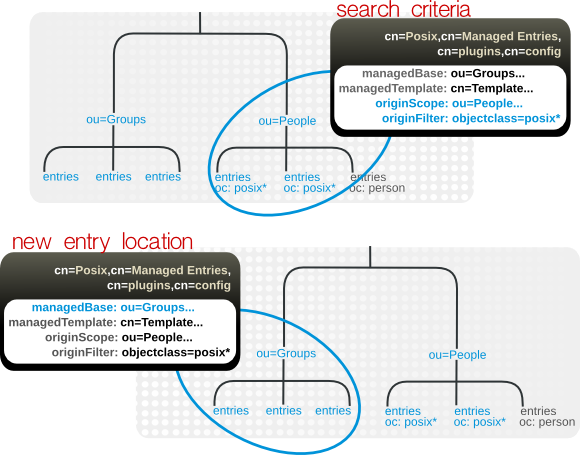 For example:
The origin entry does not have to have any special configuration or settings to create a managed entry; it simply has to be created within the scope of the plug-in and match the given search filter.

5.4.1. Defining the Template for Managed Entries 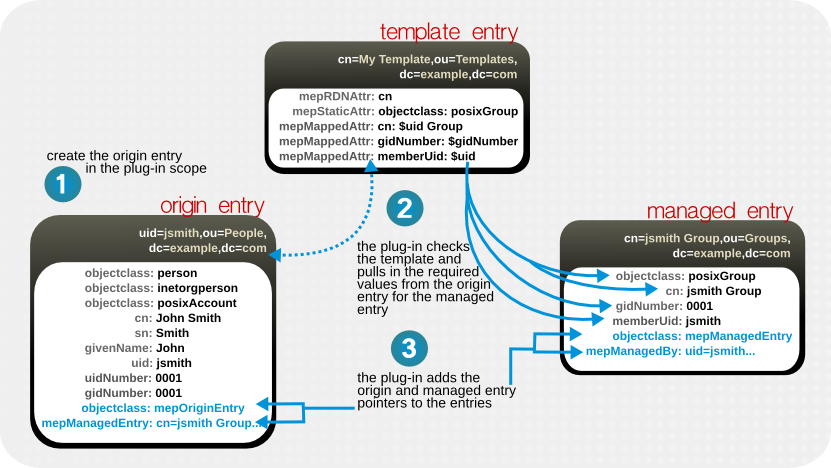 Make sure that the values given for static and mapped attributes comply with the required attribute syntax.

The Managed Entries Plug-in has some impact on how the Directory Server carries out common operations, like add and delete operations: