Replication works with most of the plug-ins delivered with Directory Server. There are some exceptions and limitations in the case of multi-master replication with the following plug-ins: 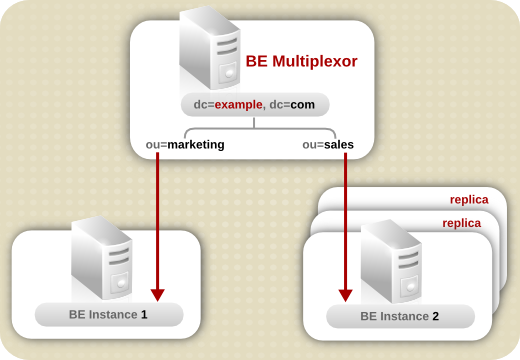 Schema replication still occurs, even if the schemas between the supplier and replica do not match.
Replicatable changes include changes to the schema made through the Directory Server console, changes made through ldapmodify, and changes made directly to the 99user.ldif file. Custom schema files, and any changes made to custom schema files, are not replicated.
A consumer might contain replicated data from two suppliers, each with different schema. Whichever supplier was updated last wins, and its schema is propagated to the consumer.

In order to propagate synchronized Windows entries throughout the Directory Server, use synchronization within a multi-master environment. Synchronization agreement should be kept to the lowest amount possible, preferably one per deployment. Multi-master replication allows the Windows information to be available throughout the network, while limiting the data access point to a single Directory Server.