Red Hat Ceph Storage (RHCS) is typically deployed in conjunction with cloud computing solutions, so it can be helpful to think about an Red Hat Ceph Storage deployment abstractly as one of many series of components in a larger deployment. These deployments typically have shared security concerns, which this guide refers to as Security Zones. Threat actors and vectors are classified based on their motivation and access to resources. The intention is to provide you with a sense of the security concerns for each zone, depending on your objectives. 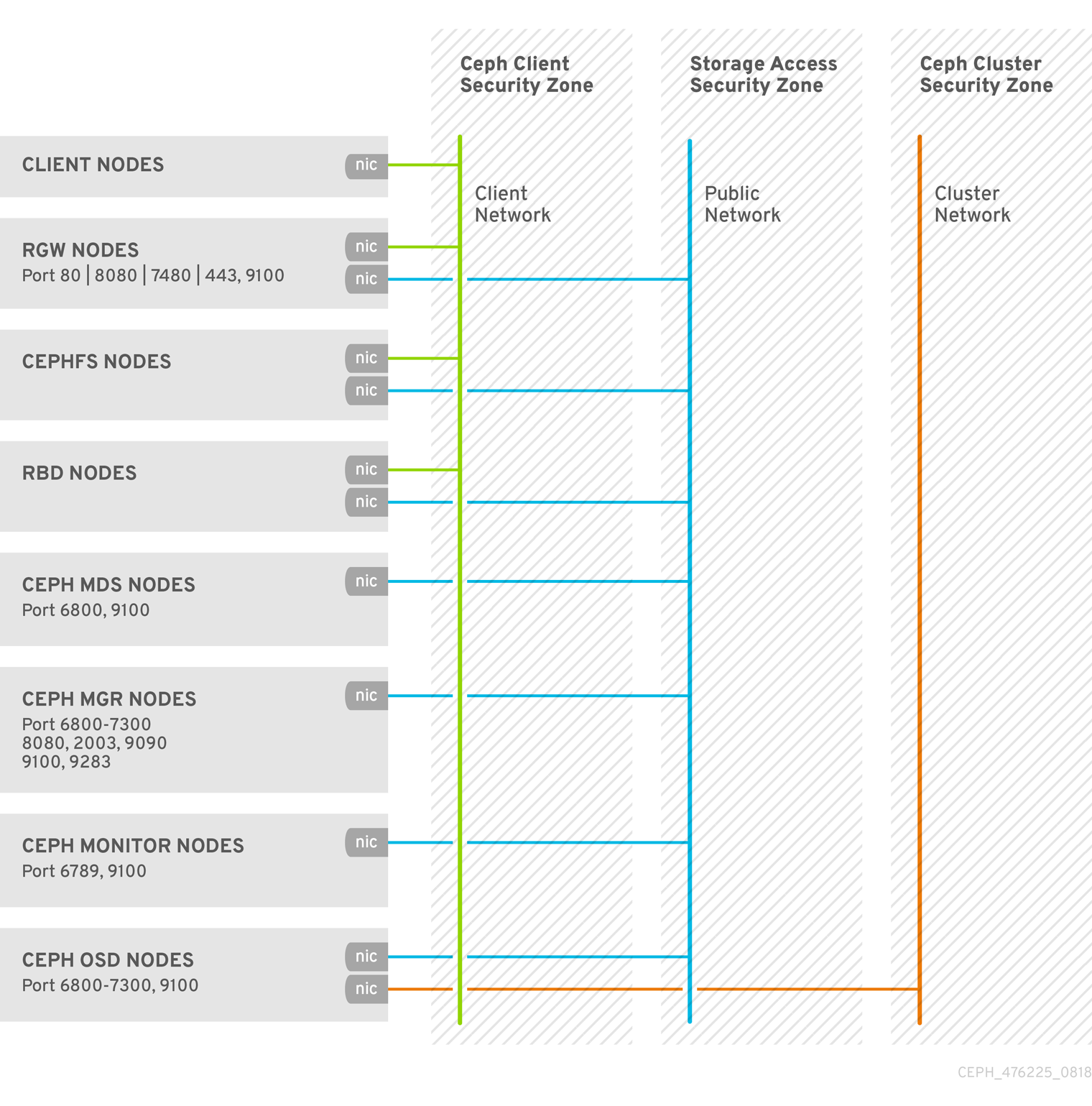