Ceph clients differ in their materially in how they present data storage interfaces. A Ceph block device presents block storage that mounts just like a physical storage drive. A Ceph gateway presents an object storage service with S3-compliant and Swift-compliant RESTful interfaces with its own user management. However, all Ceph clients use the Reliable Autonomic Distributed Object Store (RADOS) protocol to interact with the Ceph storage cluster; and, they all have the same basic needs: 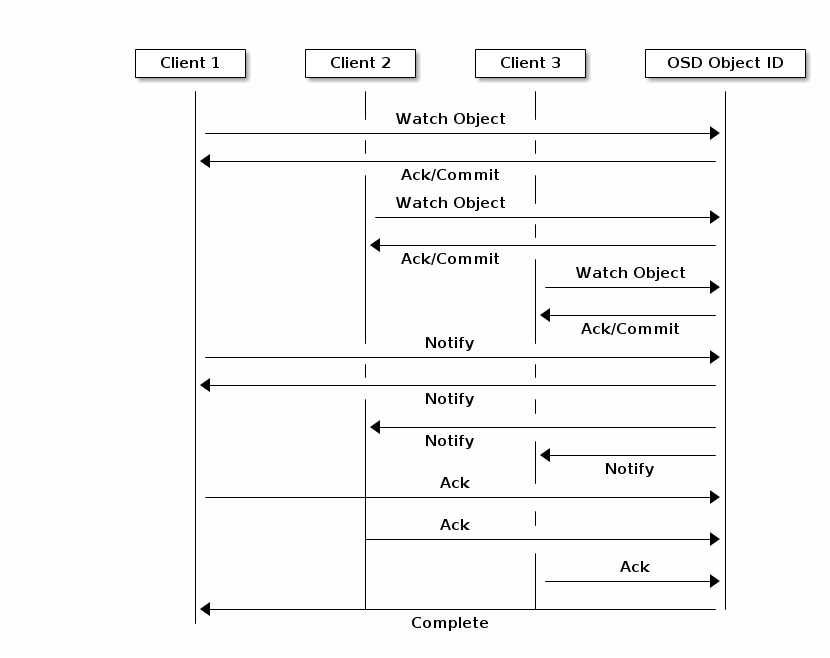 Mandatory Exclusive Locks is not enabled by default. You have to explicitly enable it with --image-features parameter when creating an image. For example:

So, for operations like resize (shrinking only), exporting, copying, flattening, and deleting, these operations would need to issue an operation for all potentially affected RADOS objects (whether they exist or not). With object map enabled, if the object doesn’t exist, the operation need not be issued.

Storage devices have throughput limitations, which impact performance and scalability. So storage systems often support striping—​storing sequential pieces of information across across multiple storage devices—​to increase throughput and performance. The most common form of data striping comes from RAID. The RAID type most similar to Ceph’s striping is RAID 0, or a 'striped volume.' Ceph’s striping offers the throughput of RAID 0 striping, the reliability of n-way RAID mirroring and faster recovery. 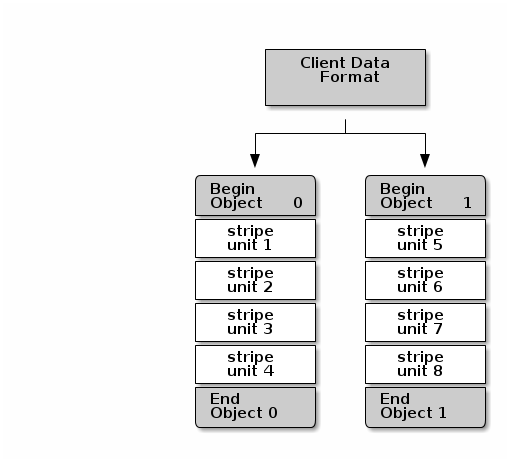 If you anticipate large images sizes, large S3 or Swift objects (e.g., video), you may see considerable read/write performance improvements by striping client data over multiple objects within an object set. Significant write performance occurs when the client writes the stripe units to their corresponding objects in parallel. Since objects get mapped to different placement groups and further mapped to different OSDs, each write occurs in parallel at the maximum write speed. A write to a single disk would be limited by the head movement (e.g. 6ms per seek) and bandwidth of that one device (e.g. 100MB/s). By spreading that write over multiple objects (which map to different placement groups and OSDs) Ceph can reduce the number of seeks per drive and combine the throughput of multiple drives to achieve much faster write (or read) speeds. 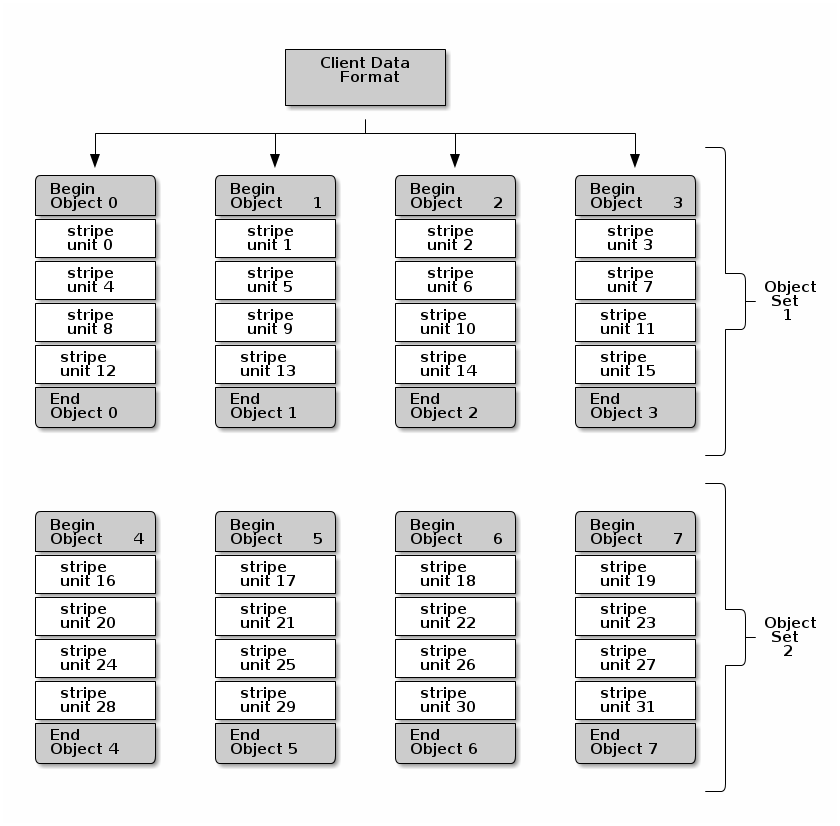