Not all of these components are mandatory, though you need Kafka and ZooKeeper as a minimum. Some components can be deployed without Kafka, such as MirrorMaker or Kafka Connect.

A cluster of Kafka brokers is main part of the Apache Kafka project responsible for delivering messages.

Each of the other Kafka components interact with the Kafka cluster to perform specific roles. 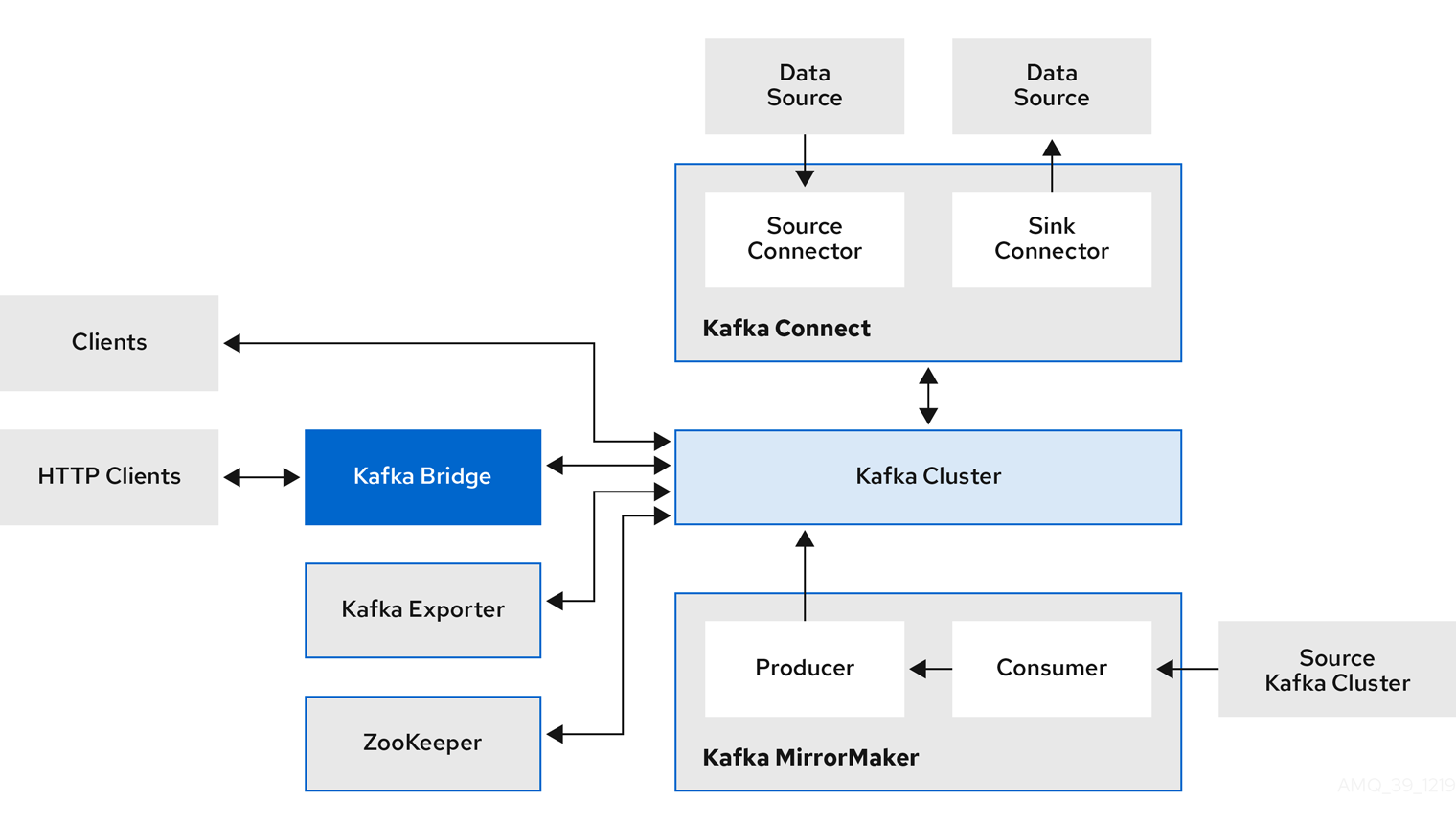 Kafka Connect is an integration toolkit for streaming data between Kafka brokers and other systems using Connector plugins. Kafka Connect provides a framework for integrating Kafka with an external data source or target, such as a database, for import or export of data using connectors. Connectors are plugins that provide the connection configuration needed.

Kafka MirrorMaker replicates data between two Kafka clusters, within or across data centers.

Kafka Bridge
Kafka Bridge provides an API for integrating HTTP-based clients with a Kafka cluster.
Kafka Exporter
Kafka Exporter extracts data for analysis as Prometheus metrics, primarily data relating to offsets, consumer groups, consumer lag and topics. Consumer lag is the delay between the last message written to a partition and the message currently being picked up from that partition by a consumer

AMQ Streams Kafka Bridge provides a RESTful interface that allows HTTP-based clients to interact with a Kafka cluster.  Kafka Bridge offers the advantages of a web API connection to AMQ Streams, without the need for client applications to interpret the Kafka protocol.

The Kafka Bridge supports HTTP requests to a Kafka cluster, with methods to:

The methods provide JSON responses and HTTP response code error handling. Messages can be sent in JSON or binary formats.

Clients can produce and consume messages without the requirement to use the native Kafka protocol.

3.2.2. Supported clients for the Kafka Bridge

You can use the Kafka Bridge to integrate both internal and external HTTP client applications with your Kafka cluster. 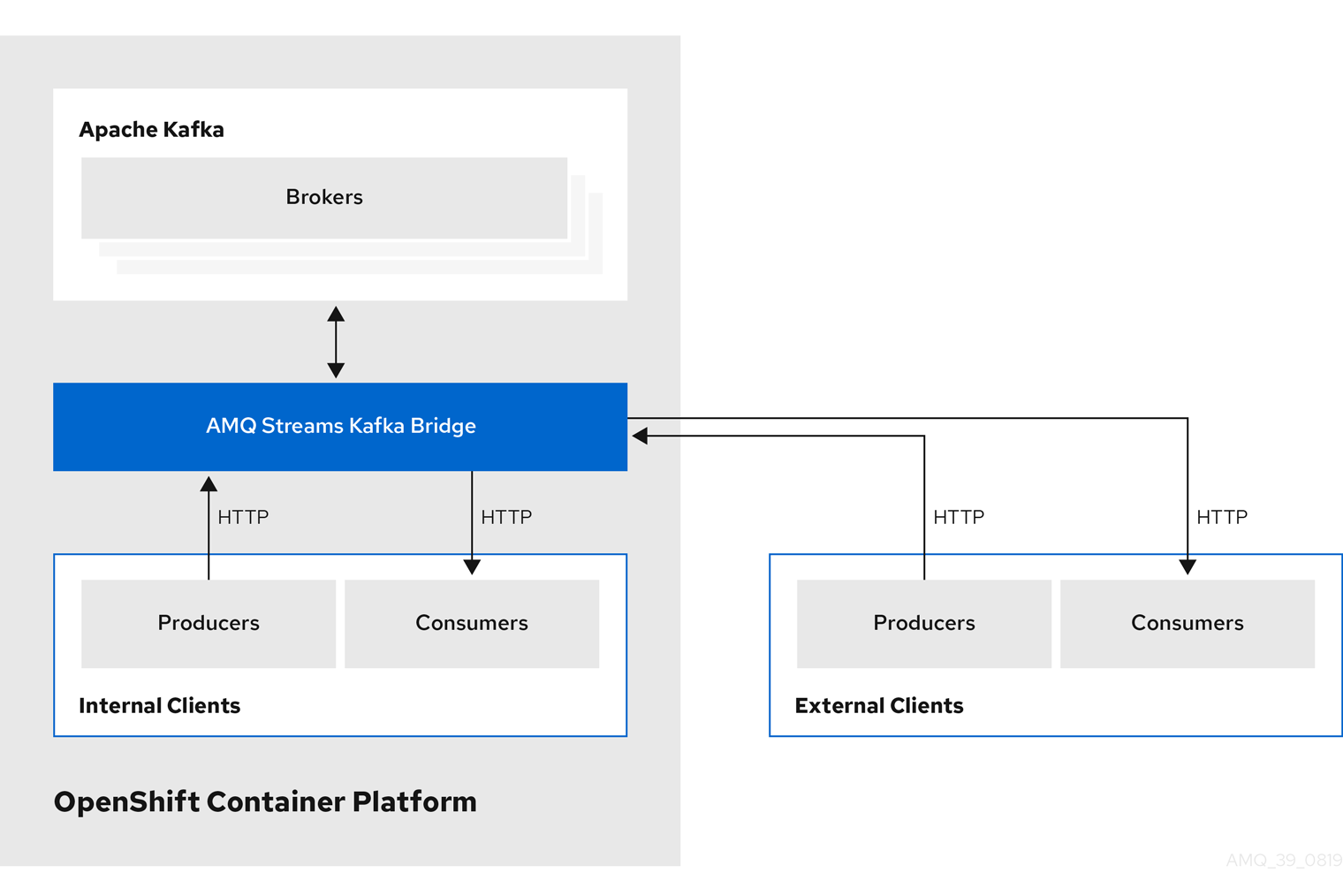