Red Hat AMQ 7 can be set up in a large variety of topologies. The following are some of the common deployment patterns you can implement using AMQ components.

The central broker pattern is relatively easy to set up and maintain. It is also relatively robust. Routes are typically local, because the broker and its clients are always within one network hop of each other, no matter how many nodes are added. This pattern is also known as hub and spoke, with the central broker as the hub and the clients the spokes. 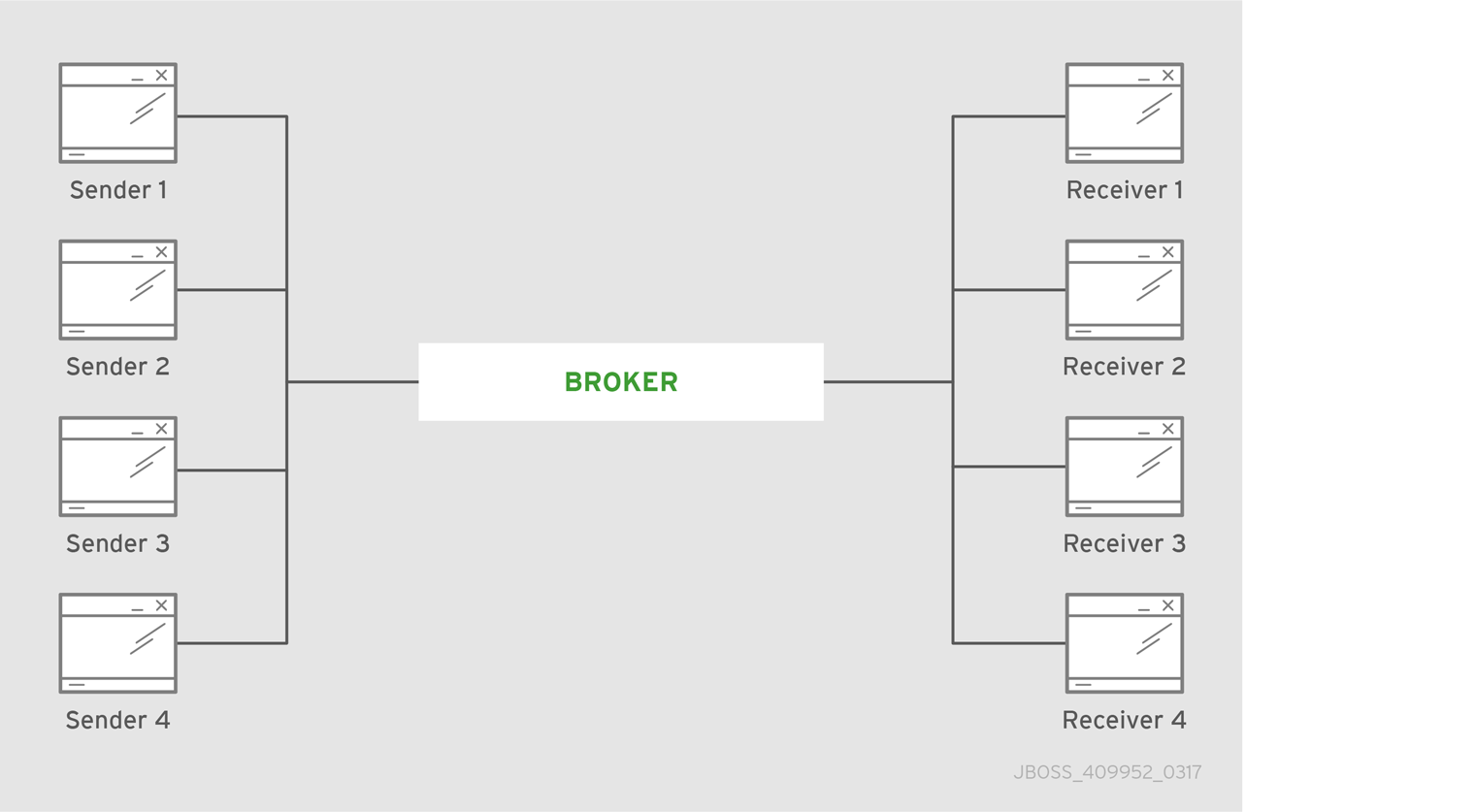 The only critical element is the central broker node. The focus of your maintenance efforts is on keeping this broker available to its clients.

When routing messages to remote destinations, the broker stores them in a local queue before forwarding them to their destination. However, sometimes an application requires sending request and response messages in real time, and having the broker store and forward messages is too costly. With AMQ you can use a router in place of a broker to avoid such costs. Unlike a broker, a router does not store messages before forwarding them to a destination. Instead, it works as a lightweight conduit and directly connects two endpoints.

To ensure brokers are available for their clients, deploy a highly available (HA) master-slave pair to create a backup group. You might, for example, deploy two master-slave groups on two nodes. Such a deployment would provide a backup for each active broker, as seen in the following diagram.

Under normal operating conditions one master broker is active on each node, which can be either a physical server or a virtual machine. If one node fails, the slave on the other node takes over. The result is two active brokers residing on the same healthy node.

By deploying master-slave pairs, you can scale out an entire network of such backup groups. Larger deployments of this type are useful for distributing the message processing load across many brokers. The broker network in the following diagram consists of eight master-slave groups distributed over eight nodes. 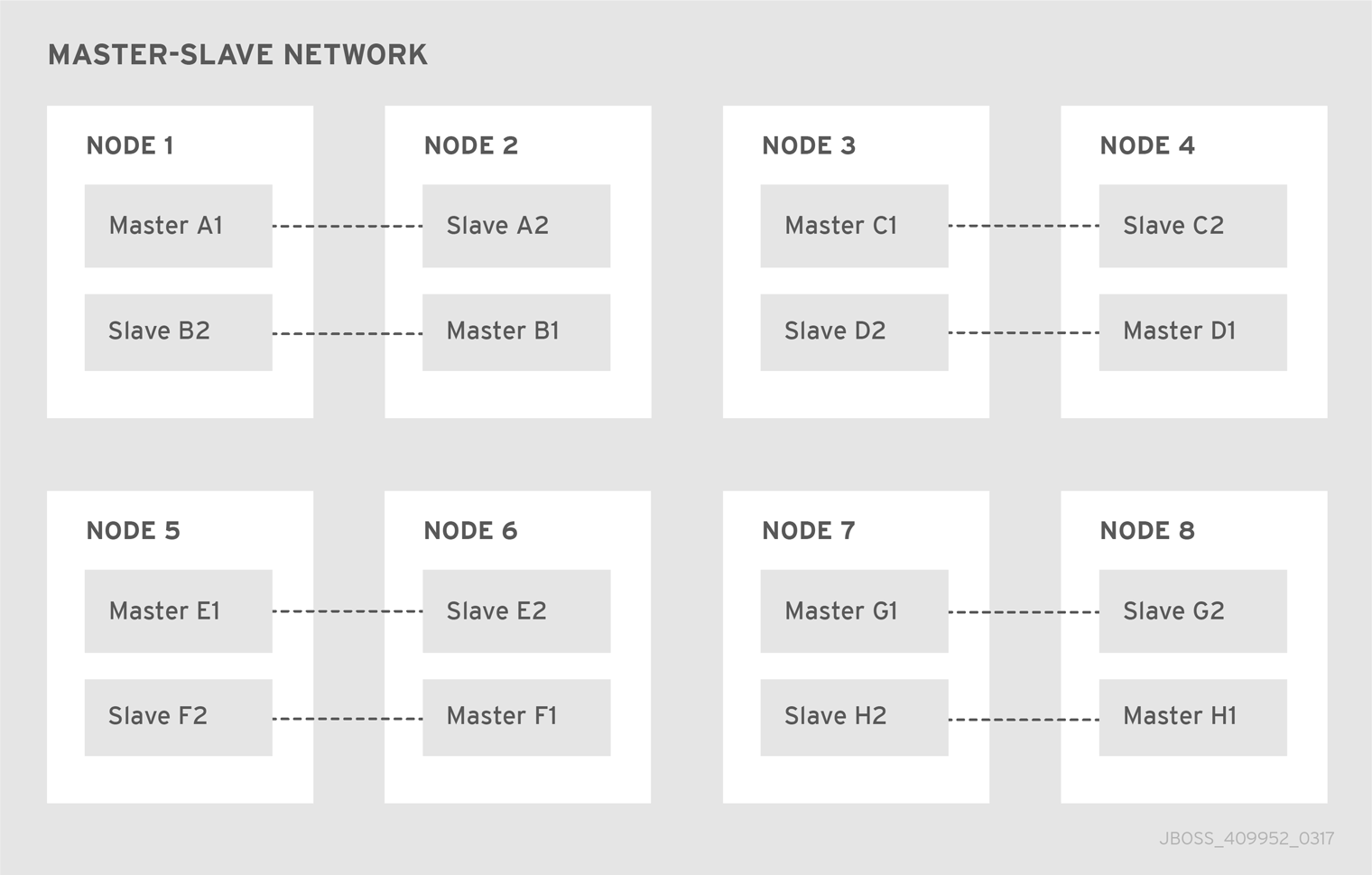 3.4. Router pair behind a load balancer

Deploying two routers behind a load balancer provides high availability, resiliency, and increased scalability for a single-datacenter deployment. Endpoints make their connections to a known URL, supported by the load balancer. Next, the load balancer spreads the incoming connections among the routers so that the connection and messaging load is distributed. If one of the routers fails, the endpoints connected to it will reconnect to the remaining active router. 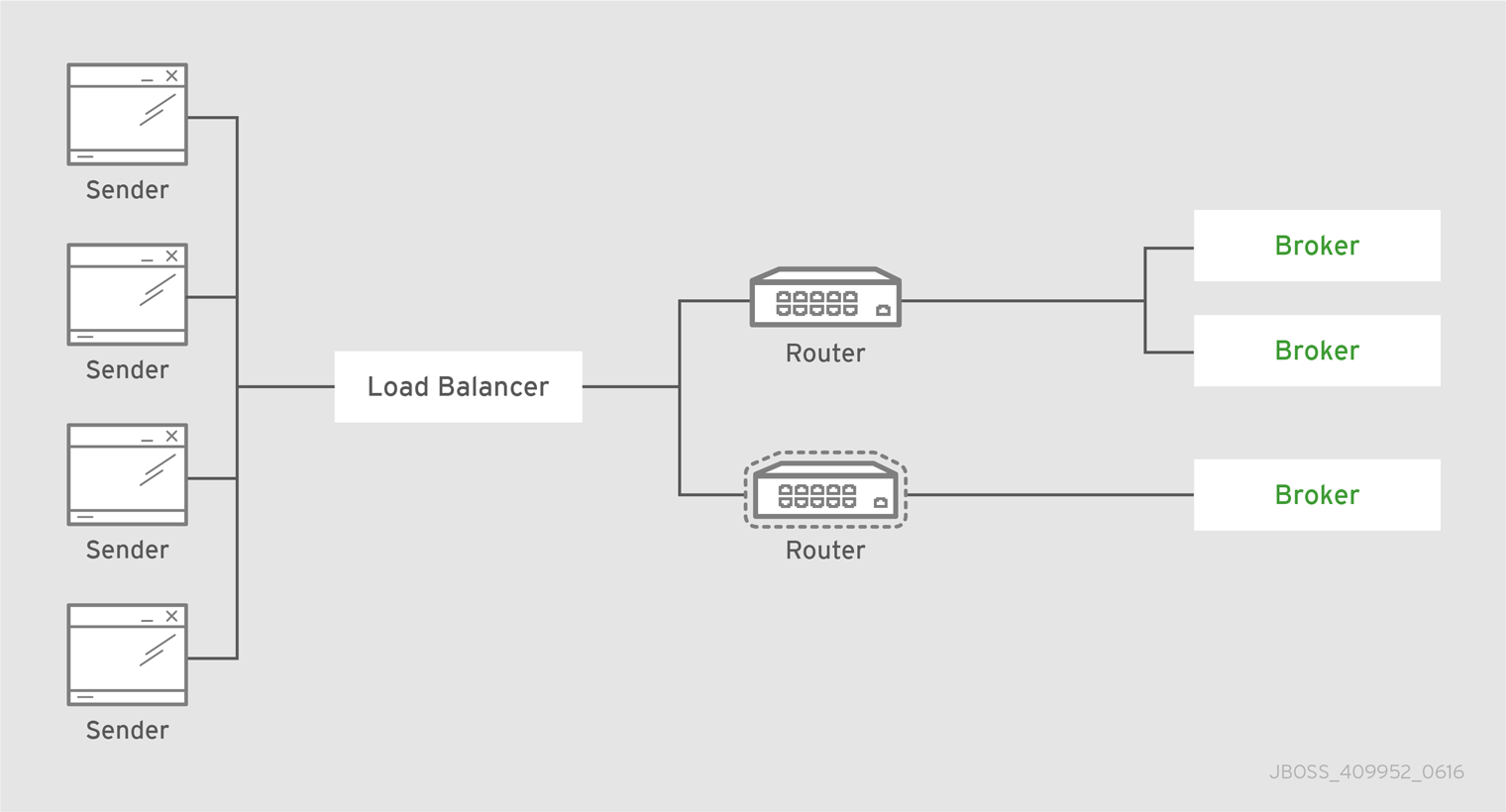 For even greater scalability, you can use a larger number of routers, three or four for example. Each router connects directly to all of the others.

In this deployment architecture, the router network is providing a layer of protection and isolation between the clients in the outside world and the brokers backing an enterprise application.

Important notes about the DMZ topology: 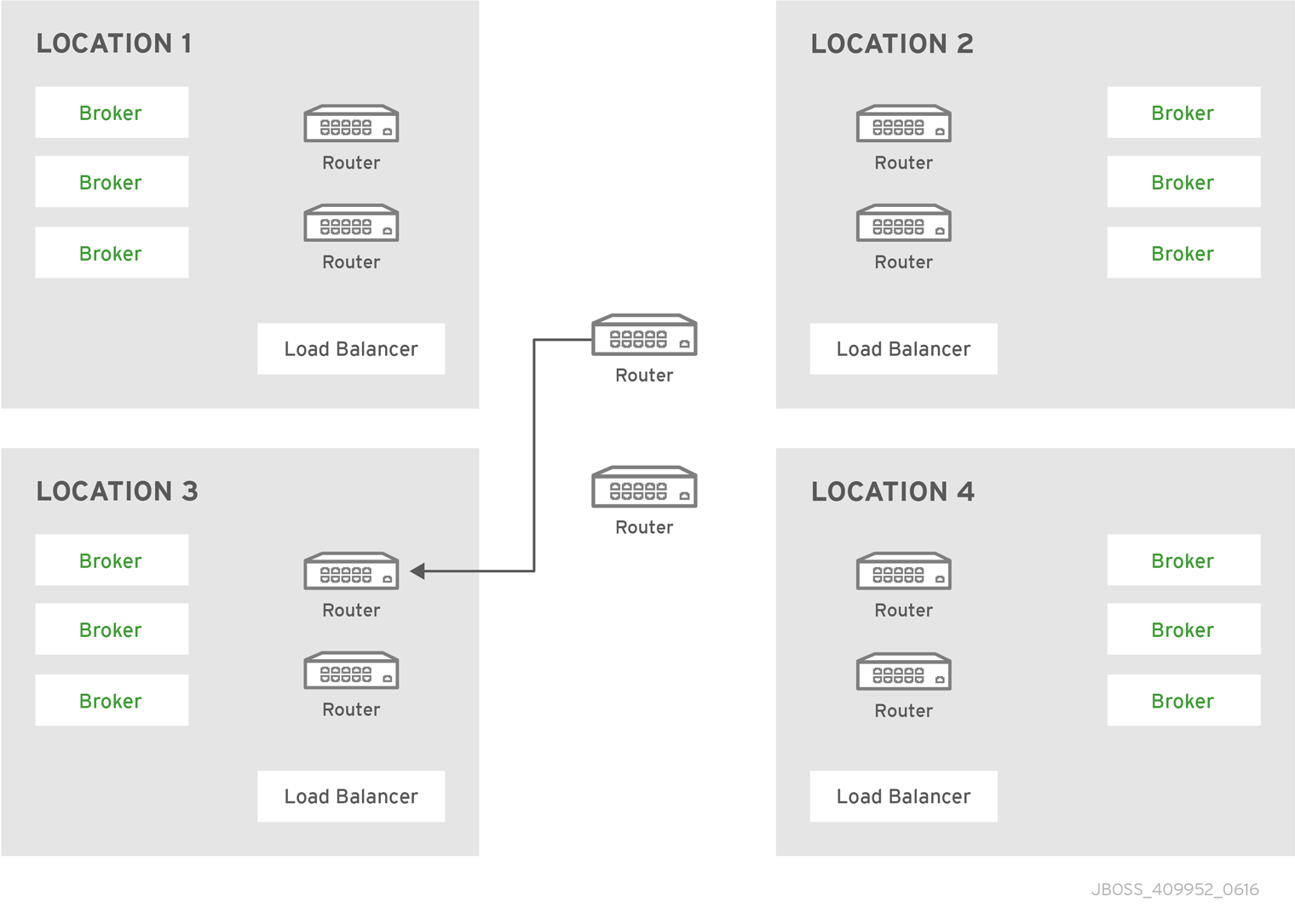