Using OpenShift Container Platform as the standard platform for container builds enables you to guarantee the security of the build environment. Adhering to a "build once, deploy everywhere" philosophy ensures that the product of the build process is exactly what is deployed in production.

It is also important to maintain the immutability of your containers. You should not patch running containers, but rebuild and redeploy them.

You can use source-to-Image (S2I) to combine source code and base images. Builder images make use of S2I to enable your development and operations teams to collaborate on a reproducible build environment.

When developers commit code with Git for an application using build images, OpenShift Container Platform can perform the following functions: 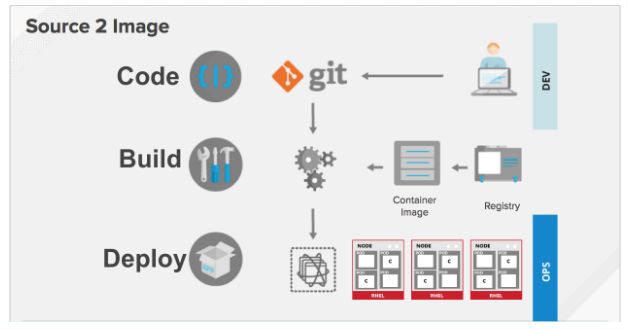 In addition to the included Jenkins for CI, you can also integrate your own build / CI environment with OpenShift Container Platform using RESTful APIs, as well as use any API-compliant image registry.

In some scenarios, build operations require credentials to access dependent resources, but it is undesirable for those credentials to be available in the final application image produced by the build. You can define input secrets for this purpose.

For example, when building a Node.js application, you can set up your private mirror for Node.js modules. In order to download modules from that private mirror, you have to supply a custom .npmrc file for the build that contains a URL, user name, and password. For security reasons, you do not want to expose your credentials in the application image.

Using this example scenario, you can add an input secret to a new BuildConfig:

You can design your container image management and build process to use container layers so that you can separate control. 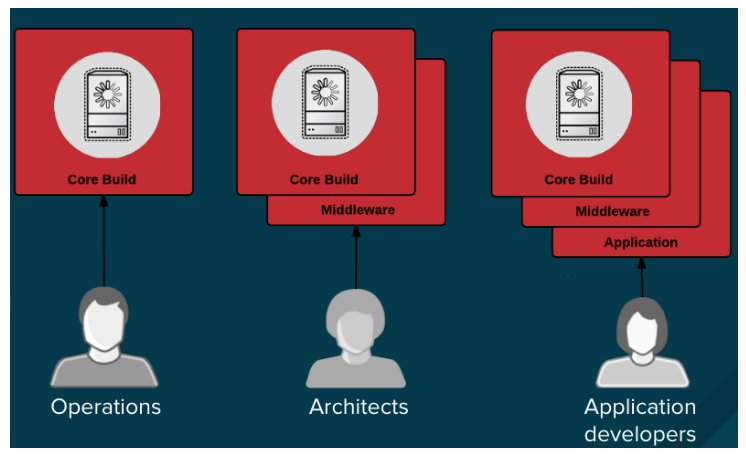 For example, an operations team manages base images, while architects manage middleware, runtimes, databases, and other solutions. Developers can then focus on application layers and just write code.

Because new vulnerabilities are identified daily, you need to proactively check container content over time. To do this, you should integrate automated security testing into your build or CI process. For example:

Your CI process should include policies that flag builds with issues discovered by security scans so that your team can take appropriate action to address those issues. You should sign your custom built containers to ensure that nothing is tampered with between build and deployment.