Application-specific configuration takes place in one or more of the following four files.

The Java Authentication and Authorization Service (JAAS) is a framework for user-level security in Java applications, using pluggable authentication modules (PAM). It is integrated into the Java Runtime Environment (JRE). In JBoss EAP 6, the container-side component is the org.jboss.security.plugins.JaasSecurityManager MBean. It provides the default implementations of the AuthenticationManager and RealmMapping interfaces.

To illustrate how the JaasSecurityManager uses the JAAS authentication process, the following steps outline a client invocation of method which implements method EJBHome. The EJB has already been deployed in the server and its EJBHome interface methods have been secured using <method-permission> elements in the ejb-jar.xml descriptor. It uses the jwdomain security domain, which is specified in the <security-domain> element of the jboss-ejb3.xml file. The image below shows the steps, which are explained afterward. 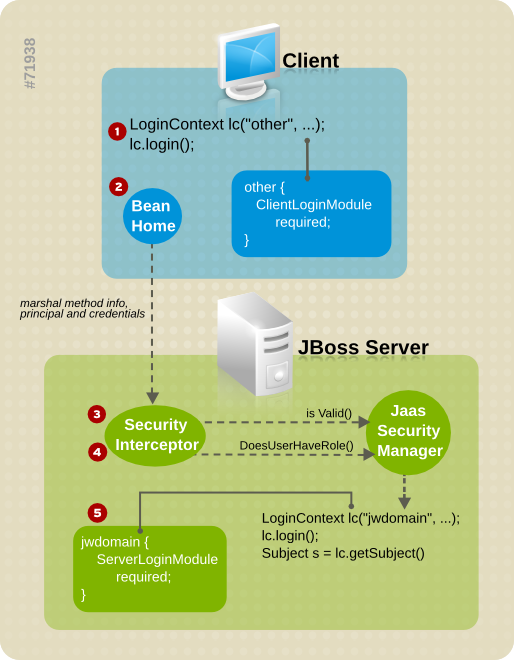