Transactions are used by both application programmers and class developers. You can make entire operations, or parts of operations, transactional. This chapter covers some of the more subtle issues involved with using transactions in general and, some particulars about JBoss Transaction Service.

isCommit
Indicates whether the transaction is in the process of committing or rolling back.
actUid
The transaction identifier.
list
A list of all of the threads currently active within this transaction.

In some cases, you may need enlist participants that are not two-phase commit aware into a two-phase commit transaction. If there is only a single resource, you do not need two-phase commit.If the transaction contains multiple transactions, the Last Resource Commit Optimization (LRCO) becomes relevant. A single resource that is one-phase aware can only commit or roll back, with no prepare phase. Such a resource may be enlisted in a transaction with two-phase commit aware resources. The coordinator treats the one-phase aware resource slightly differently, by executing the prepare phase on all other resource first. Then,the one-phase aware transaction needs to commit the transaction, the coordinator passes control to it. If it commits, the coordinator logs the decision to commit and attempts to commit the other resources as well.
To use the LRCO, your participant must implement the com.arjuna.ats.arjuna.coordinator.OnePhase interface and be registered with the transaction through the BasicAction.add method. Since this operation expects instances of AbstractRecord, you need to create an instance of the com.arjuna.ats.arjuna.LastResourceRecord class and pass your participant as the constructor parameter, as shown in the Example 11.2, “BasicAction.add Example”.

You do not need to do anything special to nest transactions. If an action is begun while another action is running, it is automatically nested. This provides a modular structure to applications,meaning that the programmer of the object does not need to be concerned about whether the applications to use the object are also transactional.
If a nested action is aborted then all of its work is rolled back. However, strict two-phase locking means that any locks the terminating transaction holds are retained until the top-level action commits or aborts. If a nested action commits, the work it has performed is only committed by the system if the top-level action commits. If the top-level action aborts, all the work is rolled back.
Committing or aborting a nested action does not automatically affect the outcome of its parent action. You can choose to implement this behavior programmatically, controlling the way faults are contained or work is undone, for instance.

By default, JBoss Transaction Service executes the commit protocol of a top-level transaction in a synchronous, single-threaded manner. All registered resources are directed to prepare in order by a single thread, and then to commit or rollback. This has several possible disadvantages.
Therefore, JBoss Transaction Service provides runtime options to enable two threading optimizations, by setting specific variables. 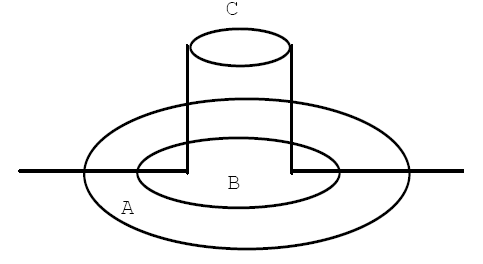 Figure 11.1, “Independent Top-Level Actions” shows a typical nesting of transactions, where action B is nested within action A. Transaction C is logically nested within action B, because its Begin operation is invoked while B is active. However, because it is an independent top-level action, it commits or aborts independently of the other actions within the structure. Because of the nature of independent top-level actions, use them with caution and only after careful testing and observation.
You can use top-level actions within an application by declaring and using instances of the TopLevelTransaction class, and using them in exactly the same way as other transactions.

Exercise caution when you write the save_state and restore_state methods. Make sure not to start any atomic actions, either explicitly in the method, or implicitly through use of some other operation. The reason for this caution is that JBoss Transaction Service may invoke the restore_state method when it commits, resulting in an attempt to execute a transaction during the commit or abort phase of another action. This might violate the atomicity properties of the action being committed or aborted, so it is strongly discouraged.

The code in Example 11.3, “Nested Transaction Example” is based on the Example 10.7, “Saving and Restoring an Object's State” example presented earlier, and implements the set and get methods. The code is simplified, and ignores error conditions and exceptions.

By default, transactions live until the application which created them deletes them, or a failure occurs. However, you can to set a timeout on a per-transaction basis, causing transactions which do not terminate before the timeout expires to be rolled back. The timeout value is expressed in seconds.
In JBoss Transaction Service, the timeout value is provided as a parameter to the AtomicAction constructor. If the default value of AtomicAction.NO_TIMEOUT is provided, the transaction is never automatically timed out. Any other positive value represents the number of seconds to wait for the transaction to terminate. A value of 0 is interpreted as a global default timeout, which you can provide using the property com.arjuna.ats.arjuna.coordinator.defaultTimeout. This property's default value is 60, or one minute.
When a top-level transaction is created with a non-zero timeout, it will be rolled back if it times out. JBossTS uses a separate reaper thread to monitor all locally created transactions, forcing them to roll back if their timeouts elapse. To prevent the reaper thread from consuming application time, it only runs periodically. The default checking period is 120000 milliseconds, but you can override it by setting the com.arjuna.ats.arjuna.coordinator.txReaperTimeout property to another value, in microseconds. Alternatively, if the com.arjuna.ats.arjuna.coordinator.txReaperMode property is set to DYNAMIC, the transaction reaper wakes up whenever a transaction times out. This has the advantage of terminating transactions early, but may continually reschedule the reaper thread.
If the timeout value is 0 for a top-level transaction, or no timeout is specified, JBoss Transaction Service does not impose any timeout on the transaction, and it is allowed to run indefinitely. You can override this default timeout by setting the com.arjuna.ats.arjuna.coordinator.defaultTimeout property.